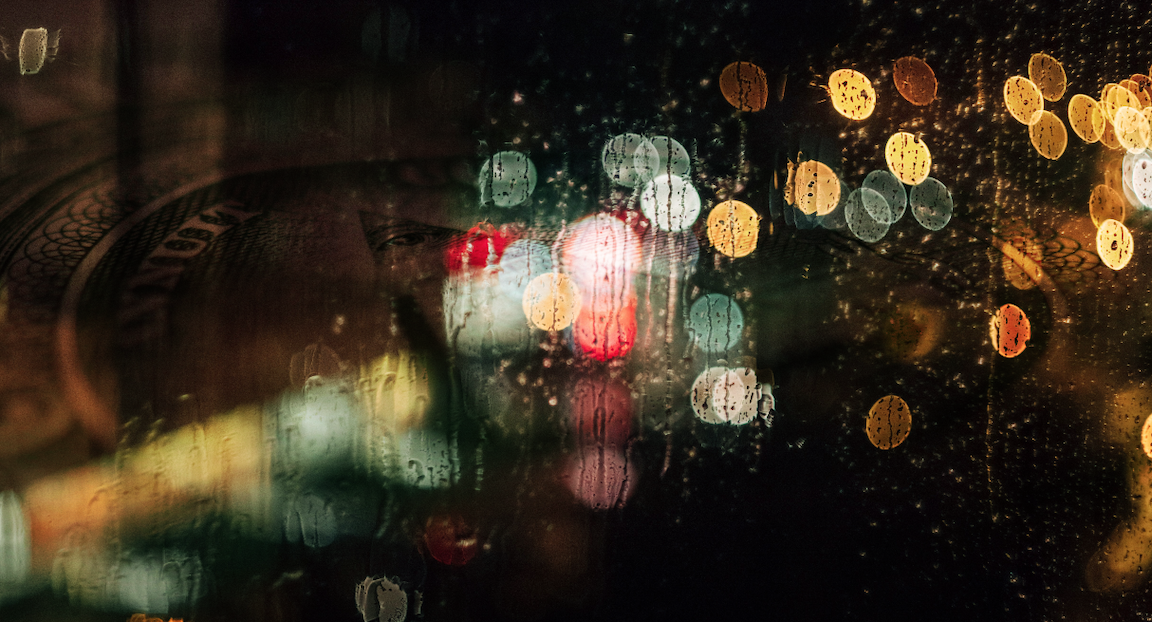 “Most borrowers have now used their entire loan”, the National Federation of Independent Business said this week, documenting the results from the latest in a series of small business polls conducted in the months since COVID-19 plunged the US economy into the worst downturn in at least a century.

71% of small businesses have now exhausted funds received through the Paycheck Protection Program, the NFIB survey found. “The 29% still using their loan are likely not far behind”, the accompanying color reads.

The results underscore the on-the-ground reality behind a handful of headline economic indicators which suggest the economy found its footing in May and June.

While retail sales have recovered thanks to government assistance for the unemployed, and although the mood among factory and services sector businesses has improved, for many small firms, the existential crisis that began in March will soon dead end in permanent closures.

The latest data from Yelp shows 60% of restaurants closed since March 1 are now permanently shuttered. Similarly, the percentage of shopping and retail businesses classified as permanently closed rose to 48% in July from 35% in June.

In fact, permanent closures (as a percentage) rose across all business types this month.

These businesses may be small, but taken together, this is no small matter. As the Fed noted last year, small employer firms (those with between 1 and 499 employees) account for 47.5% of the country’s private-sector workforce.

Many of those workers are at risk, as their employers teeter on the brink of financial oblivion.

Make no mistake, this isn’t just a matter of providing enough in the way of grants and other assistance. As the NFIB makes clear in the study cited above, “economic conditions have not yet returned to levels that can support business activity for many PPP loan borrowers who have exhausted their loan funds”.

In other words, while parts of the economy are improving, it’s not enough to keep the doors open for many of the businesses which availed themselves of PPP loans. This is consistent with all manner of anecdotal accounts, especially those sourced from states experiencing COVID-19 flare-ups.

In the linked piece above (“End Of The Road”) we summarized a few such stories from Texas, as originally documented by The New York Times. On Wednesday, Reuters ran a similarly disconcerting piece, which begins with the plight of a California business owner who is no stranger to hardship.

“After surviving two strokes at age 27, Olivia Colt threw herself into starting a catering business, a lifelong dream”, the first sentence reads. You can probably anticipate how the tale progresses from there:

Ten years and another stroke later, she had built Salt & Honey Catering Plus Events into a thriving operation in downtown Oakland.

Now with the coronavirus pandemic forcing cancellations of her customers’ weddings and events, she has slashed her staff from 25 to six and tried to drum up new business by selling groceries online. She secured a $100,000 forgivable loan under the U.S. Paycheck Protection Program (PPP) and another $150,000 loan under a federal program usually used for natural disasters. She expected the money to get her through just a few months of hardship.

But the hardships are dragging on.

“I’ve applied for all the grants and loans, I have maxed out my credit card, used my company’s reserves, spent my savings,” she said.

Colt’s story is unique, but because there are so many other unique stories set to end in economic tragedy, it will be lost in what, once amalgamated, will be a generic narrative about the demise of America’s small businesses.

That is perhaps the most unfortunate aspect of the crisis.

What might otherwise be an inspirational account of one young woman’s triumph over health problems to live her version of the American dream, will invariably be forgotten among hundreds of thousands of accounts which are equally heartbreaking, but which, by virtue of being considered all together, will become a single testament to the depth of the downturn, obscuring the individual stories.

More than a fifth of those surveyed by the NFIB anticipated having to cut more jobs even after receiving a PPP loan.

Note that the situation for both small businesses and average Americans (many of whom work for small employers) is conceptually similar. Lacking access to deep pools of capital and without the capacity to use the weight of an established corporate brand to secure new lines of revolving credit, the juxtaposition between fixed costs and reduced revenue simply isn’t tenable.

Below is a longer passage from the NFIB survey (conducted from July 20-21) which speaks to that point:

As many small business owners struggle to improve sales, paying expenses, many of which are fixed costs, is also proving to be difficult. Small business owners incur a variety of expenses depending business operations. Owners can scale back on some expenses, but other expense types are more difficult to manage. However, all expenses prove difficult when experiencing slow sales, but some are more problematic than others. More small business owners find it difficult to pay their mortgage/rent/lease payments than any other expense category. About 54% of owners rent their business property while another 40% own. Seven percent both rent and own property used for business purposes. Lowering these expenses is likely difficult. Many are negotiating deferment plans but delaying payments only provides temporary relief with economic conditions remaining very uncertain.

Again, the predicament faced by those businesses is precisely the same predicament facing many of their employees. As discussed here earlier this month, a recent survey from Apartment List shows that the percentage of Americans unable to make a full, on-time housing payment stood at 32% in the first week of July. Advisory firm Stout Risius Ross says almost 11 million renters may be evicted between now and Thanksgiving.

The original Republican proposal for additional virus relief did not include eviction protection.

Reuters cites Bill Phelan, who monitors borrowing trends by small businesses for Equifax. According to Phelan, defaults have risen to 2.7% of small business debt. That’s less than half of the rate seen during the financial crisis, but the gap will likely close by next year, he warned.

If there’s no vaccine, Phelan fears small business defaults will hit double-digits in the hospitality, food service, and retail sectors.

Already, Yelp’s data shows those industries are witnessing high rates of permanent closures. The figures (below) give you a snapshot of the breakdown for all businesses across metro areas and states.

At the same time, larger retailers have gone bust at a rate even higher than that seen during the Great Recession.

That makes sense given the nature of the financial crisis compared to the character of the current downturn.

The NFIB’s latest survey found nearly a quarter (23%) of small business owners warning that if the current economic conditions persist over the next six months, “they will have to close their doors”.

On top of that, 22% said they can “operate no longer than 7-12 months under current economic conditions”.

While Congress appears likely to enhance and extend the PPP, some of the original allotment went untapped, a fact that pretty clearly isn’t explainable by a lack of need.

As for credit (i.e., assistance that isn’t forgivable), Olivia Colt has just one question: “Is it worth taking on more debt, if your business can’t survive?”

If you’re corporate America, the answer is probably “yes”. Because your business will “survive”, if only in “zombie” form. Blue-chip companies issued nearly $1.5 trillion in debt from January through July, and junk borrowers tapped the market for the most on record in June.

In some cases, that debt likely won’t prove serviceable. But unlike small businesses, whether or not you can cover the cost of debt isn’t always material for big companies.

If you’re a small business owner, like Colt, the answer to the question of whether it makes sense to borrow more when the odds of survival are low, is likely “no”. Because your business may not make it. And all that debt will have to be paid back. Very possibly by you personally, depending on the structure of the business.

Such is life in America’s supposedly “capitalist” economy, where small, but “thriving” catering businesses are allowed to fail, in the process ruining individual lives, but big business rumbles along with the help of implicit guarantees from the Fed and, of course, bailouts from taxpayers like you (and Olivia).

But my first real memory of experimenting solo in the kitchen was at age 9, watching Martha Stewart make mayonnaise from scratch on TV. I took out the blender, separated the egg whites from the yolks, streamed in the olive oil and added a pinch of salt. I was so proud to show my mother what I had created when she got home from work—she loved it. I always attribute that moment of seeing her joy, and the pleasure of sharing something truly delicious, to igniting my passion for cooking and feeding others. I promptly told my parents I wanted to go to culinary school.

Instead of cooking school, however, I moved to San Francisco to attend the University of San Francisco and major in Latin American Studies and History. But on the side, I was cooking and experimenting with recipes and always entertaining. After graduation, I focused my career on social work and fundraising, working in development and event planning for several Bay Area non-profit organizations.

At the age of 27, I experienced my first stroke. My recovery led to a six-month medical leave and an abundance of free time. I began hosting small tasting dinners in the living room of my tiny apartment, with my mother acting as sous chef and lead server and my father as host and entertainer. I was also hired to do daily lunch at two tech start-ups in San Francisco. I decided it was time to quit my job to pursue my dream of a culinary career, and Salt & Honey was born.

Word spread, and in January 2012, I moved the catering business out of my apartment and into our first professional kitchen. We added our first few staff members and grew our client list.

That same year, I had a third stroke, which finally led to the diagnosis of a rare blood disorder, Paroxysmal Nocturnal Hemoglobinuria. Since then, treatments help manage my chronic illness and I have learned to balance my “new normal” with my growing business. Salt & Honey now has professional chefs, experienced catering managers and a full-time staff of 30 who make our clients’ dreams come true. I feel so fortunate to work with such a talented and dedicated team.

3 comments on “Sorry About Salt & Honey Catering, Olivia. But Rest Easy, Because Corporate America Will Be Fine”