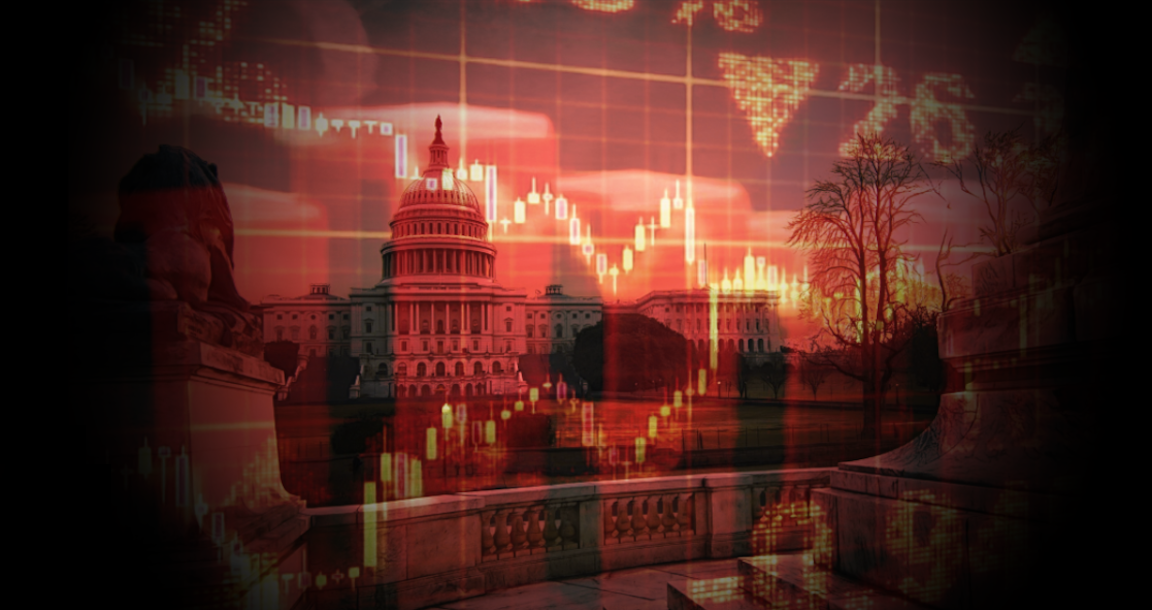 It’s exceedingly difficult to know what is and isn’t “worth” mentioning these days when it comes to Congress and badly-needed fiscal stimulus for millions of Americans waylaid by the recession.

The Republican leadership’s refusal to walk away from Donald Trump despite his having clearly lost both the popular vote and the Electoral College is preventing market participants from being able to contextualize the situation.

On Tuesday, Mitch McConnell said lawmakers are debating the appropriate size for a bipartisan stimulus package. He referred to the “current situation” as one that doesn’t call for a multi-trillion dollar relief bill, a contention that’s either totally correct or wildly inaccurate depending on whose “current situation” you’re talking about.

If you’re talking about the upper-middle class and the rich, who have benefited handsomely from the equity rally, McConnell is undoubtedly right. But those folks scarcely needed any stimulus in the first place. If, on the other hand, you’re talking about the one-third of America’s unemployed who haven’t had a job since the first round of COVID layoffs in April, the “current situation” is dire.

“[It] seems to me that snag that hung us up for months is still there,” McConnell went on to say, in remarks to reporters.

With all due respect, it “seems to me” that while the “snag” McConnell is referring to no doubt serves as a hurdle, the other “snag” that’s hanging things up is Trump, who is preoccupied with trying to re-run the election.

As a reminder, there’s an ostensible series of deadlines for Trump’s legal challenges, and experts swear this is going to go according to plan. Take Benjamin Wittes, for example. “Republicans, elected, and appointed officials are behaving terribly. It is democratically corrosive,” he said Tuesday, before laying out the timeline as follows:

But here is what’s going to happen: States are going to finish counting their votes. Litigation challenges to their efforts to do so are going to fail. States will certify their results within the safe harbor deadline—making them dispositive for congressional purposes. Electors, having been elected, will vote and send their votes to Congress. Congress will count the votes, entitling Joe Biden to become president.

There are a number of key dates, but December 8 is the safe harbor deadline. As long as states certify their results by then, things should be fine.

The problem is that Trump doesn’t exactly have a history of respecting the country’s institutions and all of the processes that make them work. William Barr’s first, tentative steps into the fray raised still more concerns Tuesday, as did Trump’s termination of Mark Esper (both were expected, but are unnerving nevertheless).

The notion that the Senate will be able to focus and somehow come together on a piece of legislation to rush aid to struggling Americans with Trump refusing to accept defeat seems far-fetched. And that’s to say nothing of the two Georgia runoffs which will ultimately determine the balance of the Senate under Joe Biden’s administration.

Biden said Tuesday he hasn’t spoken to McConnell just yet, but expects he’ll chat with him “soon.” The GOP, Biden chided, has been “mildly intimidated” by Trump. I’m not sure “mildly” is the adjective the Vice President-elect would have used. But Biden is fond of bipartisanship and probably doesn’t want to torch any bridges before his inauguration, which everyone besides Trump, the president’s two grown sons, and Rudy Giuliani, expects to happen in January.

McConnell promised the country would “get through this period” on Tuesday, and he also said he doesn’t think the transition will be interrupted. For now, he’s letting the election “go through its various stages.” It’s not clear what “stage” he thinks this is. Historically, the process hasn’t generally involved an incumbent claiming fraud across multiple states, while insisting that the media and local officials from the opposing party are all engaged in a massive conspiracy to undermine the will of the people and perpetrate an illegal coup.

In any case, this is tiresome to say the least. But more germane for markets, it’s pointless. Unless Trump intends to work with Barr, Mike Pompeo, and the Pentagon to establish an authoritarian state, this is all just a show. And, for the first time in four years, the audience doesn’t appear to be all that interested.

“A divided government could achieve only a trivial share of Biden’s campaign platform, but even against that medium-term backdrop, the size of many market moves [last] week seems unusually broad given a few wildcards,” JPMorgan’s John Normand wrote. “One is whether a surging COVID case count in the US impacts late-2020 activity, either through voluntary behavioral changes or a hodgepodge of state and local restrictions [while] another is whether a lame-duck Congress will approve additional fiscal stimulus, as intimated by Leader McConnell.”

The table (above) shows what is and isn’t possible for Biden without control of the Senate which, again, will be determined in early January, in Georgia.

But the maddening thing for market participants is that even if you had a conviction view on the Georgia runoffs (which are generally expected to go to Republicans), it wouldn’t matter because it’s simply impossible to discern what Trump is going to do between now and January. Indeed, his actions (or inaction) could shape those runoffs.

On stimulus, McConnell is mostly wrong, obviously. And even if he’s right to say that $2 trillion (or more) isn’t necessary “now,” it probably will be soon. The US recorded 142,907 new coronavirus cases on Monday.

I try to avoid lapsing into colloquialisms in these pages, but that’s just insane. And it’s almost sure to lead to new lockdowns of some kind across various locales. How could it not? Some of these people are going to end up in the hospital, and a smaller number of them will die. As documented here on countless occasions over the past two weeks, hospitalizations are on pace to hit a record in the US, possibly within the week.

The bottom line is that America’s government is failing. Biden (and even some Republicans) have been keen to tout the sheer number of votes cast in the election as evidence of a thriving democracy. I doubt it. To me, it just looks like evidence that tens of millions of people either despise Donald Trump or love Donald Trump. Nothing more, nothing less.

If “we the people” had any sense about us, we’d demand transformational change. Everything described above is indicative of a crisis of government. The current executive is (almost literally) barricaded in the residence, refusing to concede an election he unequivocally lost. The legislature is gridlocked at a time when getting something done is the key to saving tens of thousands of small businesses, not to mention lives. The court is terrified of the prospect that it could get dragged into deciding an election that, unlike the 2000 vote, is not really in doubt.

Consider this: The best case scenario (i.e., Trump finally concedes and the transition to Biden is smooth) promises a “return to normal.” Do you remember what “normal” was? If not, let me remind you: It was an ineffectual legislature with a national approval rating of about 20% and rampant inequality.

20 comments on “America’s Government Is Failing”