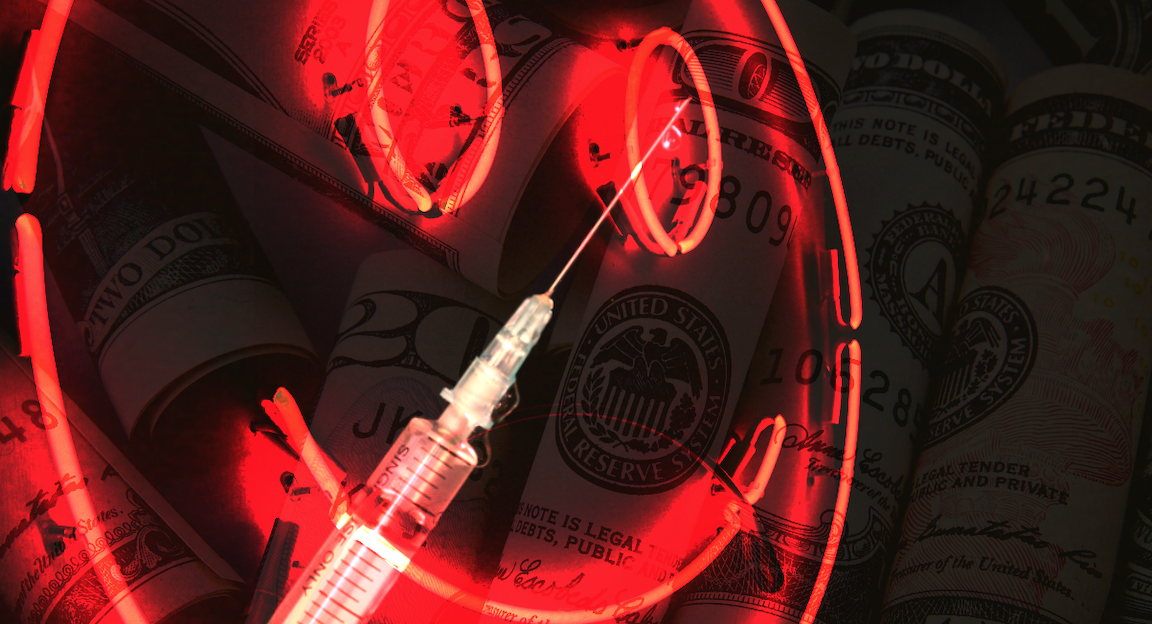 Predictably, market participants (both carbon-based and otherwise), chased headlines around a phone call between Bob Lighthizer, Steve Mnuchin, and Liu He, who had a “constructive” conversation about the “phase one” trade deal, which Donald Trump has variously suggested is no longer something he considers to be very important.

Both sides, Xinhua said, agreed to foster conditions to move ahead with the implementation of the deal. This came as something of a relief after the original call to conduct the biannual review was abruptly canceled earlier this month. Trump subsequently said he personally called off the review because he “doesn’t want to talk to China right now”.

You’re reminded that through the end of June, Beijing wasn’t even 25% of the way towards meeting its year-one commitments. China needs to embark on a ~$130 billion buying spree of US energy and farm and manufacturing goods over the next several months in order to hit the mark.

Some suggested on Tuesday that the talks prove Trump still values the deal. That’s probably true in a limited sense, but his interest in it has most assuredly waned. One might even argue that what was a veritable obsession has morphed into a combination of apathy and fatalism, the former tied to the notion that it doesn’t matter anyway if he loses the election, and the latter stemming from the begrudging realization that trying to force China to do something it doesn’t want to do is an exercise in futility.

In any event, The White House produced a couple of soundbites for markets, which are desperate for signs that Sino-US relations aren’t poised to deteriorate any further, assuming that’s possible given their “deplorable” (sorry) state. “The parties also discussed the significant increases in purchases of US products by China as well as future actions needed to implement the agreement”, the White House said, in a wholly nebulous statement.

“US-China relations have deteriorated since the COVID-19 outbreak, especially over the summer, due to politics (HK, Xinjiang, Taiwan, South China Sea), technology (TikTok, Tencent, Clean Network, Huawei), and capital flows (President Working Group on Financial Markets, letter to US university endowments), but onshore equity markets have barely reacted, sending shares above their Jan-18 high”, SocGen said this week, in a presentation offering a variety of hedge ideas for various scenarios.

“The sanguine reaction of the market contrasts with the initial period of the trade war when tariff hikes weakened the market”, the bank added. Below is a useful annotated CSI 300 chart that gives you some idea of how fast and furious the escalations have been under Trump.

Trade “hope” (because that’s all it is) wasn’t the only thing buoying risk appetite on Tuesday. Generic “vaccine optimism” was also in the mix.

To be fair, it’s not totally “generic”. The EU announced it may buy 80 million doses of Moderna’s experimental vaccine on behalf of member states, and said it has an option to buy another 80 million once the vaccine “has proven to be safe and effective”. In a statement, the EU Commission reiterated that it continues to “pursue intensive discussions with other vaccine manufacturers”.

This comes at a time when key European states are fighting to control new outbreaks. Caseloads have risen in Germany, France, and Spain (to name a few) triggering renewed travel restrictions.

On the economic front, German Ifo business confidence printed better than expected on Tuesday, which is welcome news considering PMIs look to be rolling over a bit.

Berlin is working to secure an agreement on the extension of a wage support program credited with saving jobs, even as fiscal support measures forced the notoriously frugal Germans to abandon the religious zeal with which they typically approach deficits.

All of this was more than good enough for most global benchmarks on Tuesday, although the cash session in the US could be a different story depending on how Apple trades. On some days, the fate of the S&P and the Nasdaq hinges almost entirely on whether the company takes another few steps towards a $3 trillion market cap.

For what it’s worth, emerging market equities have now nearly recovered all of their pandemic plunge.

Commenting in his daily missive, former trader Richard Breslow wrote that “the markets are rising because it is in the interest of every government and central bank in the world, bar none, for that to happen”.

For his part, Rabobank’s Michael Every had a few questions. “Aren’t equities where they are because of the off-the-charts level of fiscal and monetary support that has been pumped in due to the virus?”, he asked, before wondering: “Why should a sudden recovery from that threat be good for stocks if it means stimulus can then be wound down far sooner? ”

3 comments on “Optimism (The Generic Kind)”