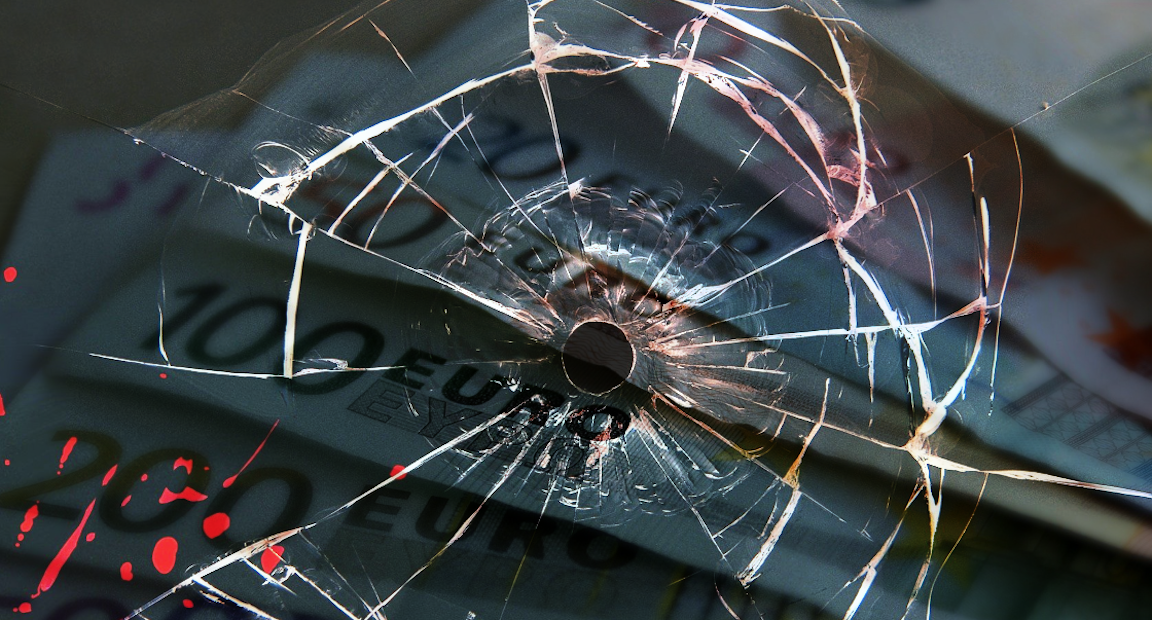 The European recovery narrative, already under siege from an increasingly disconcerting uptick in coronavirus cases, suffered another hit Friday from PMIs which suggested the mechanical “recovery” from the lockdown plunge is fast running out of steam.

The composite gauge for the eurozone printed 51.6 in the preliminary read for August, well below the 55 the market was looking for, and lower than July’s 54.9 reading.

It doesn’t look like much on a chart, but all three gauges (the composite, the services, and the manufacturing index) were lower from July. It was the first decline in the composite reading since April.

When last month’s flash readings were released, I fretted a bit about a possible “jobless recovery” in Europe. The color accompanying the preliminary readings for August underscores those concerns.

“With underlying demand remaining muted and business confidence towards future activity softening from the previous month, companies in the eurozone continued to reduce their staffing levels”, IHS Markit said, noting that “employment decreased for the sixth successive month”. “Falling workforce numbers were evident across both sectors, with manufacturers in particular continuing to lower employment rapidly”, the report reads.

“As most lockdowns were significantly eased at the end of April and broadening in May, it was to be expected that this would happen at some time over the summer”, ING said Friday. “While still corresponding to significant growth, the PMIs point to a weakening in the recovery driven by the service sector”.

Needless to say, higher virus caseloads in France, Spain, and Germany will not help the situation for services. Andrew Harker, Economics Director at IHS Markit, made this explicit. “The eurozone’s rebound lost momentum in August, highlighting the inherent demand weakness caused by the COVID-19 pandemic”, he warned. “The recovery was undermined by signs of rising virus cases in various parts of the euro area, with renewed restrictions impacting the service sector in particular”.

Services sector readings were noticeably below estimates in France and Germany, printing 51.9 and 50.8, respectively, against estimates for 56.3 and 55.2.

The French survey cites “anecdotal evidence” which suggests firms “remained wary of further COVID-19 outbreaks” even as service providers were seen as “more confident than their manufacturing counterparts”. The streak of workforce contraction extended to a sixth month in France.

In Germany, the weakness was concentrated in services, where providers “recorded a rise in new business for the second month in a row in August [but] the rate of growth was only modest and slowed since July”, the survey says. “Services firms reported a sustained drag from a reduction in new business received from international clients, which fell sharply and to a greater extent than in July”.

Germany is recording the highest daily case rates since April. “We want to avoid closing borders again at any cost, but that assumes that we act in coordination”, Angela Merkel said Thursday.

“We have to have the same strategy and rules — that is a prevention strategy”, Emmanuel Macron remarked. “We want to avoid the errors that were made at the start of the crisis”.

New cases in France approached 5,000 on Thursday, the most since mid-April. Spain’s infection totals have also been on the rise. The situation last week prompted the UK to institute new travel quarantines, while both Spain and Italy have closed nightclubs.

Summing up the situation on the economic front Friday was IHS economist Eliot Kerr. “Overall, the [August PMIs] highlight the fragility of demand conditions faced by businesses and cast further doubt over the V-shaped recovery that many had hoped for”.

He was speaking specifically about France, but the assessment applies across the board.

And just when everyone is knee-deep in euro longs, too.

0 comments on “In Europe, ‘Fragility’ And ‘Doubt’ Creep Into Data”