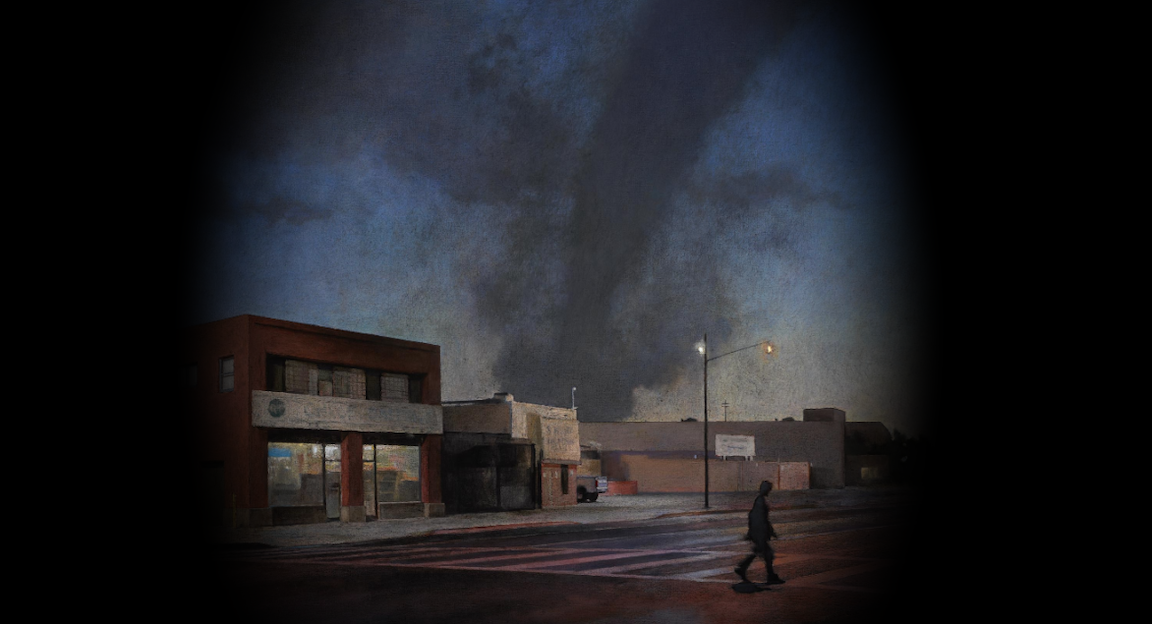 Earlier this month, I revisited the risk parity discussion as it relates to the viability of a strategy underpinned by reliable correlations in a world where some believe bond yields simply cannot fall much further.

Leaving aside the fact that a central bank’s policy rate clearly does not serve as a lower-bound for yields (for example, German 10-year yields dropped back below the ECB’s depo rate Thursday, and have, at times, traded far below it), we have arguably reached a point beyond which bonds won’t be as effective a hedge in multi-asset portfolios.

In addition to the ostensibly limited scope for bonds to rally, the market’s sensitivity to monetary policy communications prima facie raises the odds of “tantrum”-like events in fixed income. That could mean that bond allocations become a source of considerable risk. Record lows on the MOVE this summer amid yields’ sideways drift (this month’s record refunding introduced a bit of drama into an otherwise moribund situation) belie those risks, the likes of Jeff Gundlach have argued.

The coronavirus crisis and attendant policy response (both fiscal and monetary) has in many respects made this a more pressing discussion.

For one thing, the March panic gave investors their first real glimpse of what happens when risk parity de-leverages.

That Kraken (if you will), had never previously been “released”. The results were predictably catastrophic.

What you see in the figure below (from Nomura’s Charlie McElligott) wreaked absolute havoc across assets in mid-March. You can relive the drama in the risk parity archive here.

The Fed stepped in to ameliorate the situation, effectively bailing out the Treasury market which, for a few harrowing days anyway, was broken. In a Liberty Street Economics post published this week, Fed researchers defended the central bank’s actions against charges of moral hazard.

Massive bond-buying in March and April did more than simply restore market functioning, though. It was part and parcel of the Fed’s broader effort to save the world and it set the stage for monetary policy to accommodate fiscal measures undertaken by Congress.

Fast forward five months and, Beltway bickering notwithstanding, it’s clear that both fiscal and monetary policy will need to remain supportive for the foreseeable future.

The truth is simple. A surprisingly large segment of the population is practically one paycheck away from some kind of insolvency. In the absence of a major disruption, the system is capable of moving along by collecting small installments of rent (‘clipping the coupons’) from a large segment of the population. However, if an exogenous shock disrupts the fragile order of these cashflows, there is a chain reaction of collective insolvency ready to sink the entire system.

In the same note, he characterized the ensuing policy response as “a generalized, last-moment insurance maneuver of short covering of the inherent negative convexity of the system… designed to smooth out the effect of the initial shock of convexity exposure”.

He expounds a bit on that in a note dated Friday.

For those interested in more context, I’ll include the same gentle nudge here that I did back in April, while covering the note containing the excerpts above: It would be useful, but not necessary, for readers to review a summary of Kocic’s conceptualization of policy as “convexity management” in the post-crisis world. It helps to inform and frame this entire discussion and can be found here: “‘Through The Looking Glass’: Aleksandar Kocic And The Fed In Convexity Wonderland”

In his latest, Kocic calls this a “multidimensional problem of negative convexity management”, adding that,

Unlike 2008 global financial crisis, 2020 is a social crisis with potentially far-reaching economic implications. The pandemic exposed the degree to which the economy has functioned from one paycheck to the other and uncovered the intrinsic fragility of the entire social and economic system. The distribution of the underlying negative convexity is much wider and deeper than it was in 2008 and requires a more structured policy response. In its center resides fiscal injection aimed at covering the underlying social deficits, but that maneuver requires a highly coordinated monetary policy as a supplement in order to contain its potential side effects.

In other words, fiscal policy needs to be expansionary to a degree not witnessed in modern history and it falls to monetary policy to ensure that doesn’t manifest in, for example, sharply higher borrowing costs or other “undesirable” outcomes that might otherwise show up in rates.

While the fiscal hawks are circling again in D.C., the idea of implementing anything that even sounds like austerity in the near future should be a complete non-starter for both political parties until there is clear evidence of economic recovery and herd immunity. Some GOP outliers notwithstanding, the debate will be about how much more stimulus is necessary, not about whether to deliver any more at all.

“Given the depth of the crisis and the magnitude of stimulus required for the socioeconomic stabilization, we believe that the current policy is here to stay for a long time”, Deutsche’s Kocic goes on to say, in the same note.

He then says “the policy response in this way becomes both a short-term cure and a long-term problem”.

While there’s a vociferous debate going on among market participants around whether the pandemic’s longer-run inflationary side effects will eventually overwhelm the initial deflationary shock, and while there are plenty who believe the type of fiscal-monetary “partnerships” currently on display in developed economies are a recipe for inflation, Kocic notes that “even without inflation necessarily taking off, there is a latent risk of a selloff in bonds”.

Why? Because, as he goes on to explain, “with bonds yielding zero for the foreseeable future, they will gradually become liabilities and investors are likely to look for alternative replacement assets”.

That speaks to everything noted here at the outset. Any substantial takeoff in inflation would just add to the impetus for investors to offload bonds.

The problem for multi-asset portfolios in this situation is that ever lower rates (and especially plunging real yields) have been one key pillar justifying what might otherwise be derided as nosebleed multiples.

“Given their pricing and discounting due to zero rates, [equities] remain vulnerable to higher rates and any kind of scenario leading to less than superb future earnings”, Kocic writes.

Needless to say, there are plenty who worry that given the potential for permanent scarring to the economy, earnings could end up being well short of “superb”.

For Kocic, the read-through is that “there is a nontrivial probability of seeing a general disenchantment with and en masse exit from the risk parity trade by investors searching for returns”.

Going forward, there are three “possible paths” for markets, he says. The first is a selloff at the long-end, the “most likely” scenario. The second is a further descent into Japanification (i.e., a deflationary spiral), which Kocic calls “the risk scenario”.

Obviously, those two outcomes would lead to divergent curve dynamics given what they would mean for the long-end. The first scenario would entail bear steepening, and the latter would serve to further entrench the bull flattening impulse. But even as the effect on rates would be different, the impact for risk assets would be the same: bearish.

The third possible path for markets is “growth and normalization, reflation of the economy and an active Fed”, Kocic writes.

The obstacles to the third scenario are clear and, yes, political. Kocic is diplomatic about it, employing his peerless (as far as the sell-side goes) writing skills to deftly navigate choppy waters.

“Scenario three would require an extraordinary amount of fine tuning before it has legs”, he says, noting that, “if anything, it is not unreasonable to see considerable political opposition for creating and maintaining conditions for its success”.

To me, that sounds like a very nice way of saying that in order to create the conditions for a sustained, robust recovery and a reflationary outcome that proves some semblance of durable, fiscal policy would need to work from the demand-side, and take on a decidedly redistributive bent.

The post-financial crisis world has been characterized by policies which, while conducive to asset price inflation and corporate well-being, have made the overall system even more vulnerable than it already was, by exacerbating inequality (for example).

Fixing that and setting the stage for a more resilient economic system would likely entail adopting overtly redistributive policies, and engaging in large-scale government spending to remove various growth impediments and other obstacles that have perpetuated a system which, to quote Kocic from April again, has left a “large segment of the population practically one paycheck away from some kind of insolvency”.

Here is one additional passage from his latest note:

In order to fully grasp the nonlinearity of the current social and economic configuration, we should not forget the path that led to it. The exceptional performance of risk assets so far has been largely a function of the environment resulting from years of particular policy and maneuvers that remained supportive for growth and risk, but were, at the same time, erosive for the system’s resilience, and are directly responsible for the near collapse during the pandemic. Thus, a possible unwind of that mode of functioning, in order to clean up the toxic social residuals, would necessarily create an adverse environment for many market sectors and cause exit from assets that showed best performance so far. Even if the current measures happen to generate growth and produce higher yields, it is not clear how good that would be for risk assets.

The miracle of that passage is that it captures everything discussed over thousands (literally) of articles published in these pages over the past several months in just a few sentences.

Note the implication of the final sentence in that excerpted passage. Although Kocic doesn’t say it explicitly, the read-through appears to be that what’s good for society wouldn’t necessarily be good for financial assets.

Somehow, I think the US could live with that.

7 comments on “Deutsche’s Kocic On Risk Parity, Policy, And The Intrinsic Fragility Of The Entire Socioeconomic System”