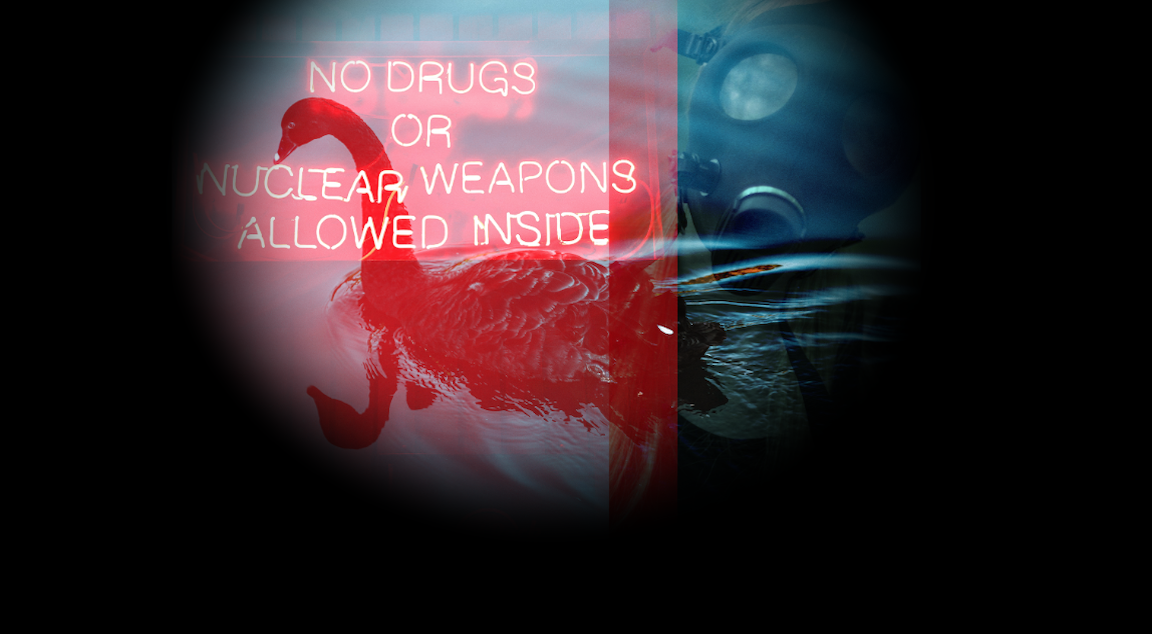 “USTs are a ‘broken market'”, Nomura’s Charlie McElligott writes, in a Thursday note recapping some of the action briefly discussed here on Wednesday evening.

Last summer, market participants marveled at the rapidity and scope of the collapse in yields. Turns out, folks hadn’t seen anything yet.

“20bps+ swings [are] now becoming standard, particularly within the off-the-run space which are trading miles wide due to balance sheet dynamics, with no more dealer capacity and RV guys unwinding into clear stop-out trades”, Charlie goes on to say.

He then delivers some color that underscores Wednesday’s RV “blowups” chatter (more here).

“The RV funds which have rode the past 10 years of QE, quiet funding, and accommodative Fed policy are the central point of pain in the UST market”, Charlie says, quoting a colleague in fixed income, who went on to essentially say that recent basis moves suggest large losses for levered trades.

Bloomberg’s Cameron Crise – who spent virtually all of Wednesday furiously documenting the same thing – weighed in again on Thursday, noting that while everyone is understandably fixated on equities, there’s “carnage” in fixed income.

“Relative value — historically a very profitable, highly leveraged strategy — relationships have frayed to the point of incredulity, indicating high levels of distress”, Crise wrote, adding that “you don’t need to know what an invoice spread is… to see that the relationship between the long bond and ultras has gone badly, badly awry”. He added: “This isn’t what you see when people are making money”.

The ripple effects of this (and generalized stress) are showing up the bond ETFs. On Wednesday evening, I mentioned TIP, for example. Well, have a look at this:

That looks like trouble to me. “In this environment, I suppose the only thing worse than owning illiquid bonds is owning them via an ETF”, Crise went on to muse, Thursday.

You can take that for what it’s worth, but I would venture to say that you’re finally starting to see the kinds of cracks that critics have been warning about for years.

In the same post linked above, I mentioned possible risk parity deleveraging, and McElligott takes that up on Thursday. Ultimately, it’s the same basic principle – everyone is operating under the same risk management regime and so… “VaR shock deleveraging” it is.

“Piling-onto this violent trading backdrop too has been the footprints of risk parity, ‘balanced risk’ and even simple ’60/40′ fund-type deleveraging in recent days”, Charlie writes, noting that bonds, credit and stocks have all be selling off in tandem.

On the bank’s QIS model, risk parity de-grossing has been bigger and quicker than during the Taper Tantrum.

“Notably in light of current market focus, we see the risk parity deleveraging within the Credit space to be the most profound asset purge of them all”, he says, adding that “our model estimates this universe selling nearly $196B of Credit Index globally over the past 1 month period”.

McElligott tells a familiar tale. Years of suppressed volatility allowed for the deployment of ever more leverage into credit until it became “the next largest asset exposure after the core Rates/ Bond position”, he says.

Now, think about that in the context of the multi-standard deviation blowouts we’ve seen this week in spreads and you can understand what kind of chaos might be unfolding for some folks.

“The epicenter of new risk opened by the oil shocks resides in credit”, Deutsche Bank’s Aleksandar Kocic wrote, in a note dated Wednesday. “The change in IG index was a 12-sigma event, contested only by the first day’s reaction to Lehman default (16-Sep-2008)”.

So, what’s the big picture, you ask? Well, McElligott echoes those who, on Wednesday, warned that even the mere perception of an inadequate virus response from officials would be very bad news for a market that was clearly hanging its hat on coordinated action.

“[We’re] accelerating into the end-game’ because as of now, markets remain supremely disappointed by the lack of a cohesive and powerful policy response by authorities, both with regard to efforts at curbing the coronavirus as well as weak attempts at mitigating the economic impact via a ‘bazooka’ stimulus package with whatever that was that POTUS ‘announced’ last night”, Charlie says.

But hey, it’s not all bad news. Remember, the bigger the market calamity, the larger the emergency fiscal response will ultimately have to be.

After all, true “creative destruction” isn’t an option for modernity.

“On the Austrian analysis, recessions give a chance to re-allocate ‘mal-invested’ productive factors to efficient uses [and] they should therefore be allowed to run unhindered until they have done their work”, Robert Skidelsky writes, in Money and Government, before noting that “economists whose common sense had not been completely destroyed by their theories rejected the drastic cure of destroying the existing economy in order to rebuild it in the correct proportions”.

As Skidelsky alludes to, the idea of letting it all burn to the ground in order to ensure that every, last bit of misallocated capital is purged is, at best, implausible. At worst, it’s madness.

4 comments on “The Treasury Market Is Broken. ETFs Are Cracking. Risk Parity’s ‘Footprints’ Have Been Spotted.”