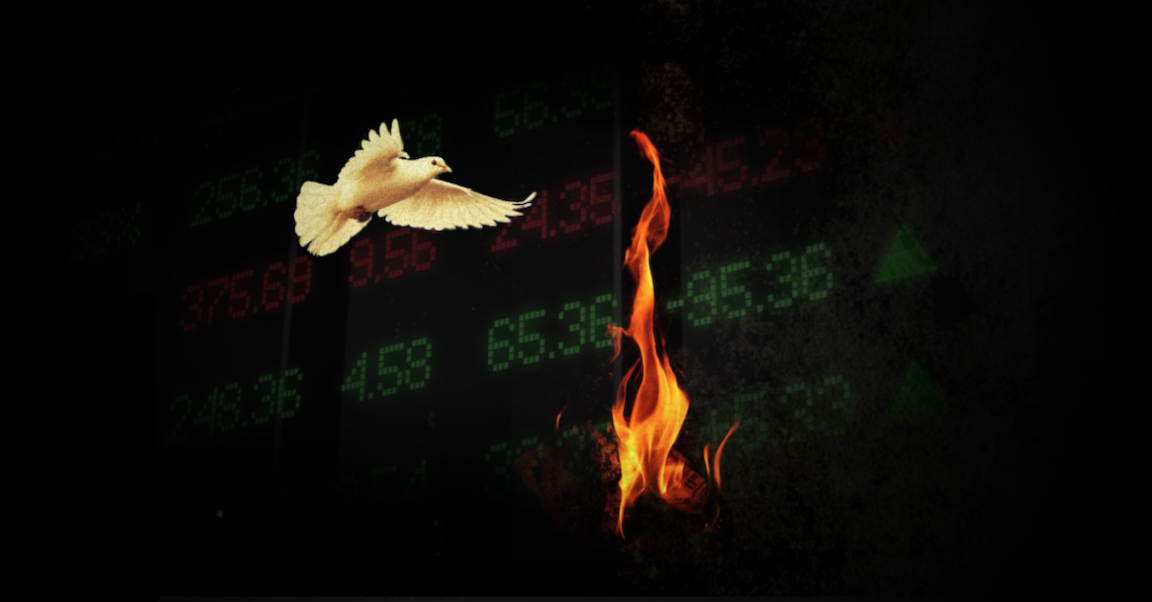 If the Fed was hoping to stoke inflation expectations as part of a broader effort to offset the deleterious effects of the biggest demand shock in a century, Jerome Powell has, by a handful of measures anyway, succeeded.

Last week, for example, 10-year breakevens recovered the entirety of their pandemic plunge, helped along by a doubling of crude prices over the same period.

At the same time, gold’s surge to record highs and the dollar’s slide to the lowest since 2018 suggest the forward guidance implicit in the dot plot and trillions in asset purchases are being heard loud and clear by the market.

Minutes from the July FOMC meeting released on Wednesday shed some light on the debate at the Fed around the future of its approach to inflation.

Market participants are keen on parsing Fedspeak for clues as to whether and when an ongoing review of the central bank’s framework for hitting its price mandate will translate into a new approach. The Fed was already deep into that review when the pandemic hit. The worry was (and still is) that the COVID shock would make it all but impossible to bring inflation up to target.

The minutes note the obvious — namely that the 12-month change in the Fed’s preferred gauge is “well below the rates that prevailed early in the year” thanks to the coronavirus’s impact on aggregate demand and the plunge in crude prices.

“Participants agreed that, in light of fundamental changes in the economy over the past decade—including generally lower levels of interest rates and persistent disinflationary pressures in the United States and abroad—and given what has been learned during the monetary policy framework review, refining the statement could be helpful in increasing the transparency and accountability of monetary policy”, the minutes say, in a brief recap of the policy strategy review. “Such refinements could also facilitate well-informed decision making by households and businesses, and, as a result, better position the Committee to meet its maximum-employment and price-stability objectives”.

There are also pressing questions about if and when the Fed will adopt more explicit forward guidance to replace the nebulous language from the last several statements, which simply tie policy to the evolution of the pandemic without making any concrete commitments beyond promising not to even “think about thinking about” (to quote Powell) raising rates until the crisis is squarely in the rearview.

As far as consumers are concerned, the University of Michigan’s sentiment survey shows the public expects higher prices going forward.

That’s a good thing if you subscribe to academic orthodoxy, but if it’s accompanied by structurally higher unemployment and lackluster economic activity, it’s a recipe for stagflation, which is the worst possible outcome.

In the discussion of the financial situation, the Fed takes note of the improvement in market-based measures of inflation expectations, even as participants flagged the steady, rangebound grind lower in nominal yields, which translated into the biggest flattening in the 5s30s (for example) since 2017 last month. To wit:

Over the intermeeting period, yields on nominal Treasury securities fell and the yield curve flattened on net. Yields declined somewhat at the start of the intermeeting period following the more-accommodative-than-expected June FOMC communications. The further decline in yields that occurred over subsequent weeks likely reflected concerns about the surge in confirmed coronavirus cases across many parts of the United States. Measures of inflation compensation based on Treasury Inflation Protected Securities maturing over the next few years continued to rebound from their sharp drop in mid-March. The rebound was reportedly driven primarily by investors’ interpretation of recent economic data, which suggested that the risk of deflation had abated somewhat, as well as by some improvement in market liquidity.

While many flagged the MoM surge in core CPI in July as a possible warning sign, the data for last month is still seen as hopelessly distorted by the pandemic, which brought about a sharp deceleration in price pressures despite predictable surges in some categories, such as food at home.

Overall, the Fed sides with those who contend the disinflationary threat from COVID will easily outweigh the inflationary side of the pandemic in the near- to medium-term.

With speculation around the introduction of yield-curve control (YCC) largely absent from recent market chatter, the debate now revolves around the specifics of any new inflation framework and the evolution of forward guidance.

The minutes were lukewarm (at best) on YCC. Those who discussed it “judged that yield caps and targets would likely provide only modest benefits” and also mentioned the possible “costs”. The key paragraph on forward guidance reads as follows:

With regard to the outlook for monetary policy beyond this meeting, a number of participants noted that providing greater clarity regarding the likely path of the target range for the federal funds rate would be appropriate at some point. Concerning the possible form that revised policy communications might take, these participants commented on outcome-based forward guidance—under which the Committee would undertake to maintain the current target range for the federal funds rate at least until one or more specified economic outcomes was achieved—and also touched on calendar-based forward guidance—under which the current target range would be maintained at least until a particular calendar date. In the context of outcome-based forward guidance, various participants mentioned using thresholds calibrated to inflation outcomes, unemployment rate outcomes, or combinations of the two, as well as combinations with calendar-based guidance. In addition, many participants commented that it might become appropriate to frame communications regarding the Committee’s ongoing asset purchases more in terms of their role in fostering accommodative financial conditions and supporting economic recovery. More broadly, in discussing the policy outlook, a number of participants observed that completing a revised Statement on Longer-Run Goals and Monetary Policy Strategy would be very helpful in providing an overarching framework that would help guide the Committee’s future policy actions and communications.

The market also believes additional bond purchases (above and beyond the current monthly run rate) may be necessary going forward, perhaps concentrated in longer maturities in an effort to tamp down borrowing costs for Treasury.

Last week saw the steepest back-up in yields in two months amid a record refunding, and Wednesday’s 20-year sale met with mixed results. Still, there’s little to suggest that a sudden (let alone disorderly) repricing at the long-end is in the cards.

The Fed strikes a somewhat downbeat tone on the economy in the minutes. “Real consumer spending remained well below the levels that prevailed at the beginning of the year [and] recent high-frequency indicators of spending on many consumer services—such as restaurant dining, hotel accommodations, and air travel—remained very subdued”, the minutes fret. Additional color includes the following on the juxtaposition between the rebound in consumer spending and still-sluggish business activity:

With regard to the behavior of household spending in recent weeks, participants pointed to information from District contacts and high-frequency indicators (such as credit and debit card transactions and mobility indicators based on cellphone location tracking) as suggesting that increases in some consumer expenditures had likely slowed in reaction to the further spread of the virus. Participants noted that households’ spending on discretionary services—such as leisure, travel, and hospitality—would likely be subdued for some time and thus would be a factor restraining the pace of recovery. In contrast to the sizable rebound in consumer spending, participants saw less improvement in the business sector in recent months, and they noted that their District business contacts continued to report extraordinarily high levels of uncertainty and risks. Several participants relayed examples of some operational difficulties their business contacts were reportedly facing in the current environment. These difficulties included managing disruptions in supply chains, challenges associated with closure and reopening, and elevated employee absenteeism in some cases. Furthermore, some participants noted that small businesses were under significant strain.

There are several nods in that passage to possible structural damage to the economy, something Powell has pledged to combat with every tool at his disposal.

Although the assessment in the minutes is, of course, slightly dated, Fed officials’ recent communications have been uniformly cautious.

You can expect that to continue until there are signs that the gridlock in D.C. is abating and that stimulus (both monetary and fiscal) is bringing about a real, sustainable recovery, as opposed to a fleeting bounce good for little more than a handful of nice-looking month-on-month change charts.