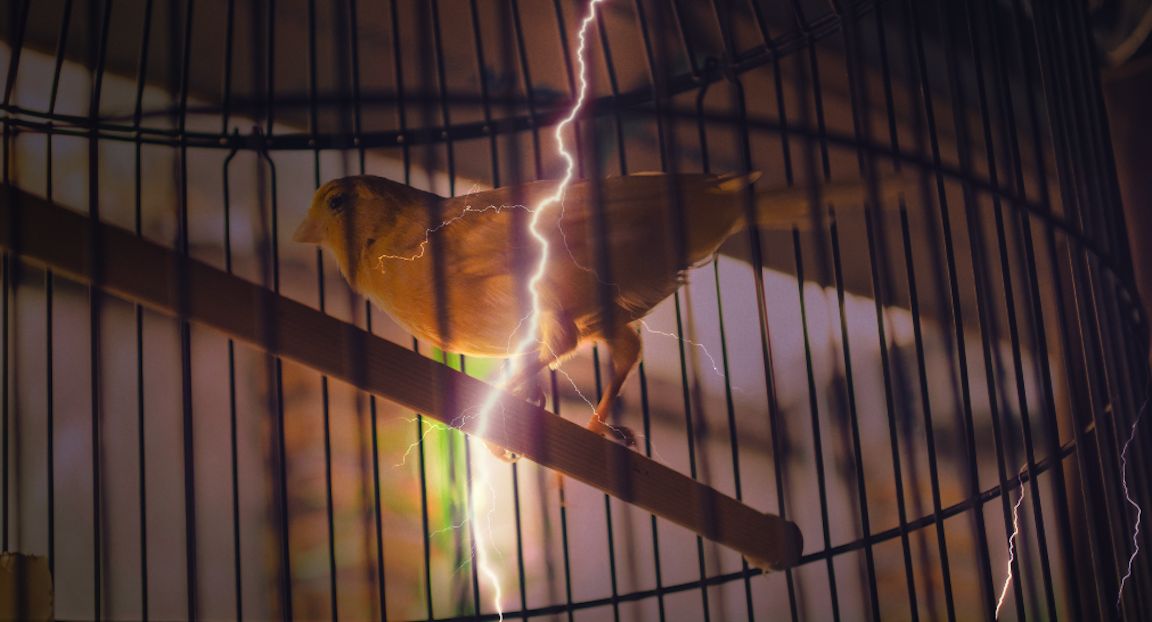 Tuesday was potentially important. I tried to drive that home after the dust had settled on what, if you didn’t care about gold and you don’t watch the rates space very closely, might have seemed like a somewhat tedious session given the dearth of flashy headlines.

But the selloff in Treasurys was notable. And Nomura’s Charlie McElligott underscores as much on Wednesday.

“Yesterday finally saw fixed-income join the ‘pro-cyclical’ rebalancing which was already well underway within the Equities space over the past week, as evidenced by the massive risk-premia factor reversals”, he writes, again flagging a huge move lower in Momentum. It’s been “one heck of a week in ‘pain trades'”, he adds.

What’s notable now is that systematic trend may start to exacerbate bearish pressure in rates, or, if that’s too strong, let’s just say that the tide is turning a bit.

To be clear, we’re not there yet in US rates. But McElligott does note gross exposure in Eurodollar futs has seen “significant” deleveraging over the past month.

All of this is predicated (ostensibly anyway) on a more favorable view of growth, as manifested in (for example) market-based measures of inflation expectations.

Charlie again flags the “base-effect” in the data (i.e., upside “surprises” are coming off “generational lows” in virtually every key economic datapoint you care to consult), rising inflation expectations, and the move lower in M2, as catalysts for a nascent reversal in rates, which is feeding a similar pro-cyclical turn in the equities space, in-line with his call from last month.

In addition, expectations that Treasury’s massive borrowing binge has to mean something (even in a world where the Fed is determined to cap long-end yields and may well extend the maturity of its purchases in September), are feeding into the back-up in rates and thereby into the bear-steepening impulse, both of which, it should be noted, are still in their infancy.

“Just when the market had written off >60 bp 10-year yields for the balance of the summer, the August refunding has provided investors the needed motivation to push rates back into the range which reigned during early July”, BMO’s Ian Lyngen, Ben Jeffery, and Jon Hill wrote Wednesday, before adding a caveat of sorts: “To be fair, 66.5 bp 10s is by no means a steep selloff that implies a collective rethink of global economic expectations; rather, it’s an in-range correction in preparation for this afternoon’s $38 billion in supply”.

“The implications of the Treasury’s beyond epic refunding announcement last week and even the short-term supply blast this week in USTs [are] conspiring into this bear-steepener with all of the aforementioned implications [for] ‘lazy legacy positioning'”, McElligott goes on to say.

Looking out a few weeks, the same factors highlighted late last month are still very much “in play” (as it were) when it comes to presaging a possible continuation/acceleration of these reversals (e.g., higher in yields, out of Momentum, into Cyclical Value, etc.)

Between expectations that i) come hell or high water, another stimulus package (with knock-on effects for still more supply from Steve Mnuchin, whose “placeholder” for the next virus relief bill is “just” $1 trillion against market expectations for at least another $1.5 trillion in spending), ii) progress on a “real” vaccine (not the Russian variant, which may or may not just be saline solution in a vial), iii) risk-on September seasonality, and iv) the usual tsunami of IG supply (figure below), the setup is there for the zeitgeist to change.

We’ll see how it pans out. This week’s auctions will be key when it comes to gauging how willing the market is to digest huge UST supply. Obviously, that could have implications for rates.

In the meantime, consider McElligott’s heads up that CTAs are now short bunds as a possible coal mine canary in the context of everything said above.

1 comment on “Coal Mine Canary? CTAs Flip Short Bunds During ‘Heck Of A Week For Pain Trades,’ McElligott Says”