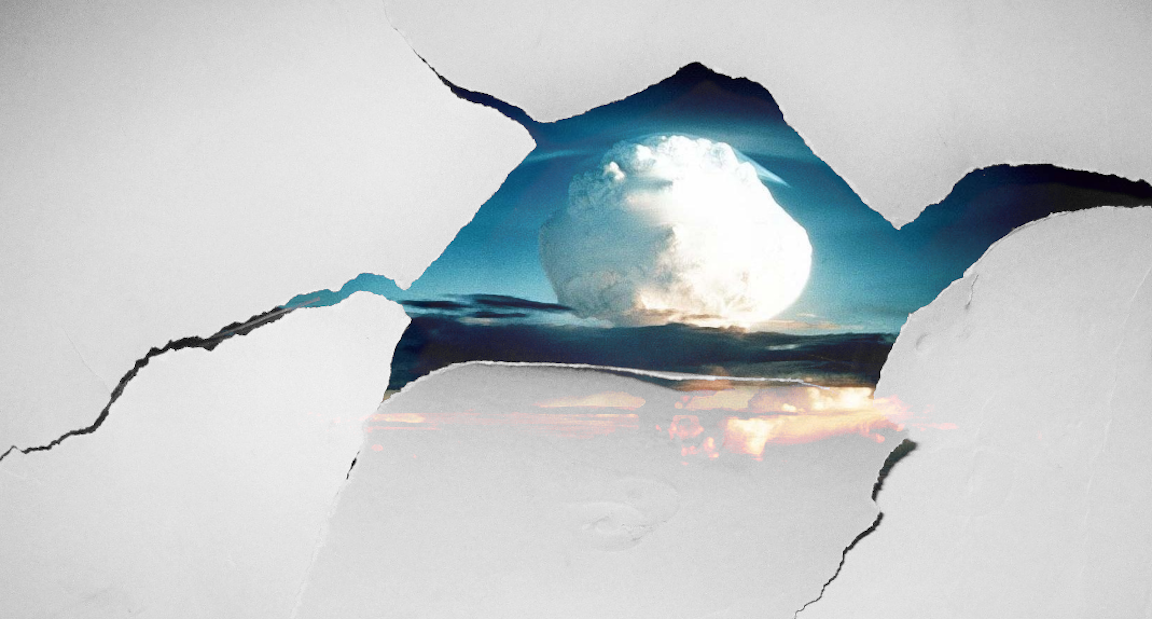 All did not feel “right” in the world Thursday, despite Jerome Powell’s assurances that the Fed has no intention of letting everything fall apart again.

US equity futures were lower and the mood was generally somber after Germany reported a rise in coronavirus cases alongside the worst GDP print since the beginning of quarterly calculations for the country in 1970. Investors were awaiting a raft of crucial earnings from mega-cap tech stateside, as well as the first read on Q2 US GDP and, more importantly, the latest jobless claims figures.

There were incrementally concerning developments on the geopolitical front, as police in Hong Kong arrested four student activists (between the ages of 16 and 21) for “inciting secession” on Facebook. (Coming to a second term near you, US citizens.)

“Our sources and investigation show that the group recently announced on social media… an organization that advocates Hong Kong independence”, said Li Kwai-wah, senior superintendent of the newly constituted unit established to enforce the national security law foisted upon the city last month.

That marks the first police operation since the law went into effect and is a realization of critics’ worst nightmares. The crackdown is resulting in the rapid erosion of freedom of thought, expression, and speech in the city, which is mired in recession and on Thursday reported a 17th straight (!) monthly decline in retail sales.

“Inbound tourism remain[s] at a standstill and local consumption is hurt by the surge in local COVID-19 cases”, the government sighed, in a statement. Throw in “the resultant tightening of social distancing measures [and] the operating environment for retail trade has turned more austere again”.

Meanwhile, Reuters details a report from the Bank of China, which advises the country to “prepare for potential US sanctions by increasing use of its own financial messaging network for cross-border transactions in the mainland, Hong Kong, and Macau”.

The report, co-authored by a former SAFE official, advocates increased reliance on the Cross-Border Interbank Payment System (established in 2015 for the purposes of speeding along the internationalization of the yuan) instead of SWIFT. In addition, it suggests that if Chinese banks were to be cut off from dollar settlements, the PBoC should cease to use the dollar as the anchor for its FX controls.

Reuters reminds you that state lenders in China “have been revamping contingency plans in anticipation of US legislation that could penalize banks for serving officials who implement the new national security [law] for Hong Kong”.

This is reminiscent of Europe’s effort to establish a special purpose vehicle for skirting US sanctions on Iran. In short, it’s another nod to de-dollarization.

Read more: Why ‘The Tide Is Going Out On US Dollar Exceptionalism’

But like most such nods, it’s an empty threat. As Rabobank’s Michael Every wrote Thursday, China would be “potentially isolated using CIPS to trade with a small subset of countries like Cambodia and Laos, as well as Russia, probably, while global markets lie divided by politics, currency, and clearing systems just like they were in the 1930s when the gold standard ended”.

The figure (below, from Deutsche Bank) gives you some perspective.

All of this is playing out as the rhetoric in Washington suggests the White House, Republicans, and Democrats are “miles apart” (to quote Mark Meadows) on a bipartisan virus relief bill. “We are still very far apart on a lot of issues”, Steve Mnuchin said Wednesday evening, following a meeting with Nancy Pelosi and Chuck Schumer.

Thursday’s data in the US has the potential to make things worse in terms of the overall trajectory of the macro narrative, but not much scope to improve it — or at least that’s my reading. Later, there will be tech earnings to parse.

The dollar looked poised to turn higher in a break with recent precedent and that’s not good news either. “Is it August already?”, SocGen’s Kit Juckes wondered. “Maybe someone turned the FX ‘risk’ light switch from ‘on’ to ‘off’ a few hours early. The dollar’s bid and everything else is offered”.

We’ll see how it plays out.

1 comment on “All Is Not Well In The World”