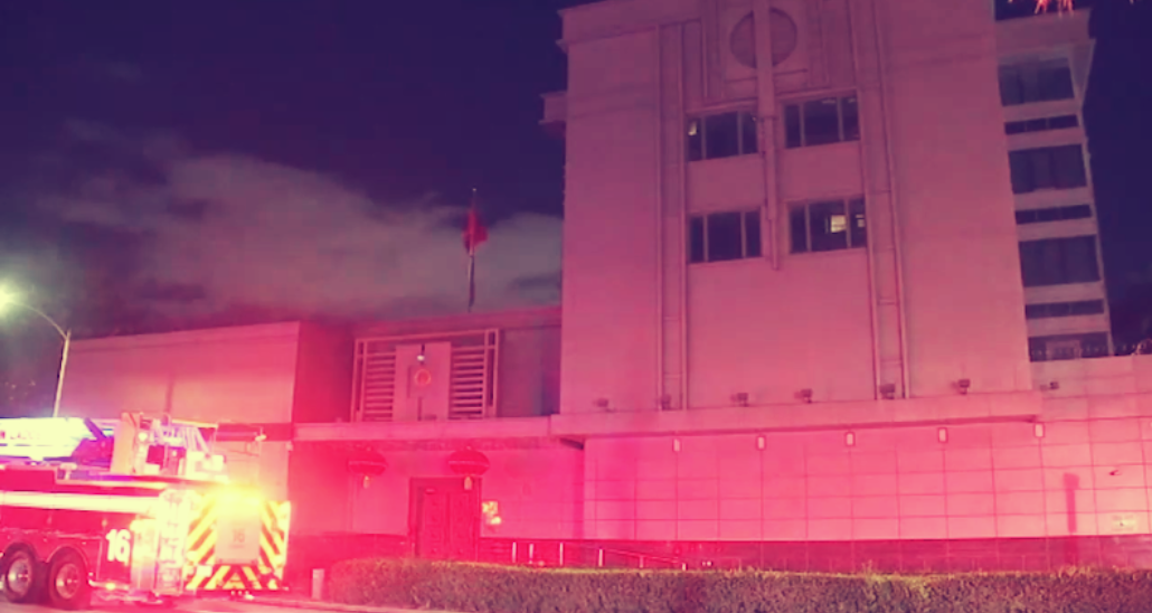 A day after accusing Beijing of providing support to malicious hackers, the US has forcibly closed China’s Houston consulate, a move Foreign ministry spokesman Wang Wenbin called an “unprecedented escalation”.

China has 72 hours to close the facility. The State department says the move to effectively boot the Chinese from America’s fourth largest city was necessary “to protect American intellectual property and Americans’ private information”.

This is a potentially serious escalation, and it comes on a day when China leveled a bevy of accusations against the US, which Beijing claims has recently made a habit of harassing diplomats, bullying students, and confiscating electronic devices. In addition, China said its diplomatic missions have received bomb threats.

“For some time, the United States government has been shifting the blame to China with stigmatization and unwarranted attacks against China’s social system, harassing Chinese diplomatic and consular staff in America, intimidating and interrogating Chinese students and confiscating their personal electrical devices, even detaining them without cause”, Wang charged.

On Tuesday evening, fire trucks were dispatched to the Houston consulate, where local media said trash cans full of documents were ablaze in a courtyard.

.@HoustonFire and @houstonpolice are responding to reports of documents being burned at the Consulate General of China on 3417 Montrose Boulevard. Here's what the scene looks like there right now. pic.twitter.com/grUHhqmUz4

“It appears to be open burning in a container. It does not appear to be an unconfined fire but we have not been allowed access”, Houston fire department chief Samuel Pena told a local ABC affiliate. “We are standing by and monitoring”, he added.

“You could just smell the paper burning”, one witness told KPRC 2. “But, all the firefighters were just surrounding the building. They couldn’t go inside”.

BREAKING — US abruptly ordered the closure of Chinese Consulate in Houston on July 21, China announces.

FOX 26 said consulate staff told local police they were destroying documents because they are being evicted on Friday.

Hu Xijin, Xi’s media man and the editor with The Global Times, called the move “a manifestation of panic”, in a Weibo post. “It seems that Washington has no bottom line”, he added.

The news sparked a global risk-off move, with havens bid, US equity futures lower and the yuan moving back through a 7.00 handle. Treasury and bund curves bull flattened, the periphery widened, European shares dipped, and the dollar lurched higher, sending crude to the lows. Most of the moves were eventually faded.

“Just when things seemed to be meandering along smoothly with investors and traders alike looking to take a bit of a breather, USDCNH is back above 7 and drawing the whole risk market along for the ride”, AxiCorp’s Stephen Innes said. “Hopefully, this is little more than something lost in translation, and US-China tensions remain at the pillow fight level”.

Yes, hopefully. But it sounds as though State has conjured a IP-related reason to force China out of Houston. This is just another manifestation of “Cold War 2.0”. Remember: it’s not just about trade. And maybe it never was. This is a full-blown culture clash, and the main front is tech and IP.

Underscoring the point, State’s Morgan Ortagus said, “The United States will not tolerate the PRC’s violations of our sovereignty and intimidation of our people, just as we have not tolerated the PRC’s unfair trade practices, theft of American jobs, and other egregious behavior”.

China is now considering closing the US consulate in Wuhan in response, according to Reuters. I suppose that will rule out any fact-finding missions to the Wuhan Institute of Virology.

Read more: ‘Cold War 2.0’ Isn’t Going To End. No Matter Who Is President