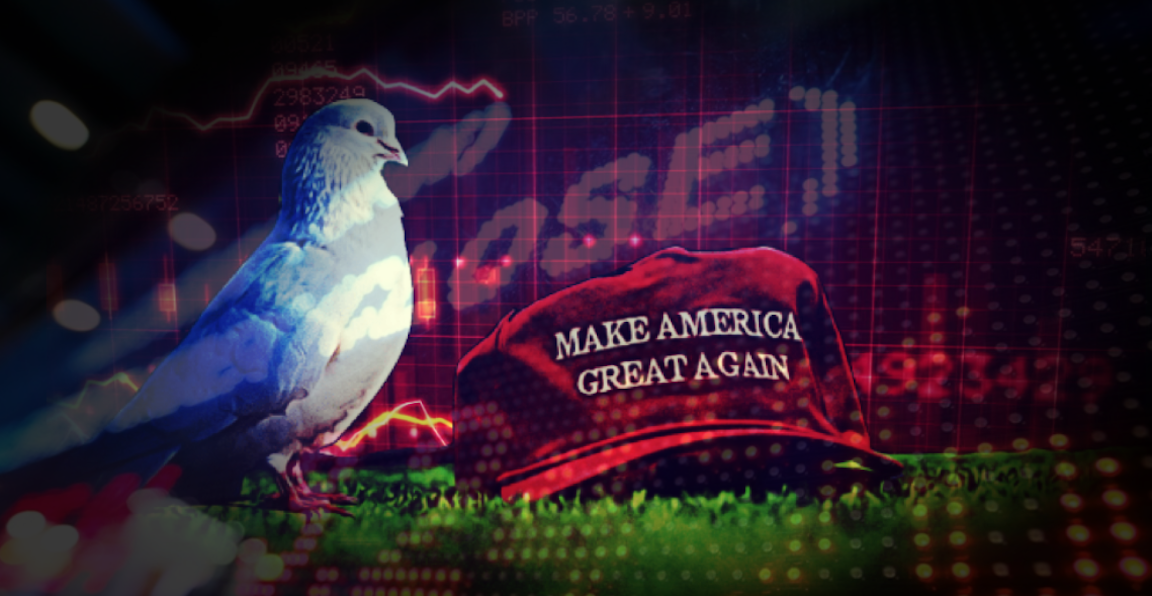 Donald Trump was in the news Tuesday for all the usual reasons — plus a few more.

Just before the closing bell on Wall Street, CBS said Trump is now “seriously” considering a 2024 White House run. If true, that at least means he’s come around privately to the reality that belabored efforts to reverse the 2020 election will ultimately come to nothing. The Pennsylvania Supreme Court on Tuesday reversed a minor legal win for Trump in the state. It was just the latest in a string of losses.

Rudy Giuliani, who is now leading Trump’s quixotic campaign lawsuits, reportedly asked to be paid $20,000 per day for his services. He denies that. “I never asked for $20,000,” Giuliani told The New York Times, which cited “multiple people briefed” on the alleged compensation request. “The arrangement is, we’ll work it out at the end,” Giuliani said, calling the Times‘s sources “complete liars.”

As for the 2024 run, Trump reportedly told Senator Kevin Cramer that if the lawsuits don’t “work out, I’ll just run again in four years.” That’s according to an official close to the lawmaker.

On Tuesday afternoon, the Pentagon, under new management as of this month, said Trump ordered a rapid troop drawdown in Iraq and Afghanistan, where the number of US soldiers will drop to 2,500 each just a week before Joe Biden is set to take office. This was not unexpected, but some believe it’s misguided. At the least, the timing is suspect and seems like a rather blatant attempt to court disaster ahead of Biden’s inauguration.

NATO Secretary General Jens Stoltenberg warned Tuesday of a “very high” price for rash, “uncoordinated” decisions, while Mitch McConnell spoke in harsh terms, cautioning that such a move, if not executed properly, is “likely be even worse than President Obama’s withdrawal from Iraq back in 2011, which fueled the rise of ISIS [and] would be reminiscent of the humiliating American departure from Saigon.” Mac Thornberry, another top Republican, said “the Taliban has met no condition that would justify this cut.”

Trump’s relationship with the Taliban is “complicated,” to say the least. The group effectively endorsed his reelection last month.

Again, it’s not so much the decision itself that’s cause for concern. Rather, it’s the timing, the risk of poor execution, and suspicions that Trump is driven by ulterior motives that have very little to do with extricating the country from “endless wars” (as he puts it).

Just minutes (literally) after the announcement, the Green Zone in Baghdad came under attack from five rockets, forcing the US Embassy to activate an air defense system.

On Monday evening, The New York Times said Trump had to be “dissuaded” last week from launching strikes against Iran’s main nuclear site. Apparently, even Mike Pompeo warned Trump that such a move would be too risky. According to the Times, Pompeo, Mark Milley, and Trump’s acting Defense Secretary all told the president “that a strike against Iran’s facilities could easily escalate into a broader conflict in the last weeks of [his] presidency.” You’ll note that January 3 is the anniversary of Trump’s brazen decision to assassinate Qassem Soleimani.

Late Tuesday evening, Trump fired Christopher Krebs, America’s top cybersecurity official. Krebs’s “crime” was debunking the myriad false claims Trump and his allies have attempted to float about the election. Specifically, Trump was irritated by the joint statement posted by members of Election Infrastructure Government Coordinating Council Executive Committee, who on November 12 warned voters about “unfounded claims and opportunities for misinformation about the process of our elections.”

“The recent statement by Chris Krebs on the security of the 2020 Election was highly inaccurate, in that there were massive improprieties and fraud – including dead people voting, Poll Watchers not allowed into polling locations, ‘glitches’ in the voting machines which changed votes from Trump to Biden,” Trump said. “Therefore, effective immediately, Chris Krebs has been terminated.”

None of Trump’s statements about the election are true.

As if all of that wasn’t enough, Bloomberg said the SEC is rushing to finalize plans that could force Chinese companies to delist from US stock exchanges. This is just the audit story again (see here and here for more) only with a renewed sense of urgency. “The SEC move is unusual because most agencies stop issuing major new policies after a presidential election, especially when a new party is taking power,” Bloomberg wrote, adding that the outgoing Jay Clayton could “force the SEC’s Republican and Democratic commissioners… to go on record in stating whether they support tougher rules for Chinese companies” before Biden’s SEC pick takes the reins.

This is what you can expect over the next several weeks as Trump moves to complete “unfinished business” on his way out the door. He still hasn’t conceded, and likely won’t.

Stocks closed off record highs, in an uninspired session. Retail sales for October were lackluster and Jerome Powell again emphasized the need for fiscal support during a virtual discussion hosted by the Bay Area Council. “The next few months may be very challenging,” he warned. At this point, you have to think Fed officials are exhausted with the sideshow in D.C., where McConnell blamed Democrats (again), and insisted that Republicans “want to pass more virus relief.” As ever, that’s misleading.

To be frank, Nancy Pelosi isn’t much help. Both parties are waiting to see how the Georgia runoffs play out before getting serious about stimulus. The fact is, most of America’s elected representatives don’t care about their constituents and if they do, they aren’t showing it. The ones who do care (it’s a short list) are branded “radicals” for wanting to actually do something meaningful for the people who put them in office.

Without more stimulus, the recovery will invariably stall. At that point, the Fed will be forced to shoulder the burden of sustaining whatever momentum there is, with predictable results: More QE will inflate the value of the financial assets concentrated in the hands of the rich, and inequality will be commensurately perpetuated.

It won’t seem like “austerity” in D.C. because the public thinks deficits and the national debt are a sign of “recklessness.” Lawmakers on both sides of the aisle will perpetuate that notion, as they always do. There will likely be another virus relief bill, but it won’t be adequate, and Republicans will bemoan “another $1 trillion.”

Then, three years from now, everyone will look up and blame the Fed for exacerbating the wealth divide and blowing “bubbles,” with no recognition whatsoever of the role played by fiscal failure inside the Beltway. Congress’s “radicals” will remind voters that there is a better way. But the electorate will be discouraged from supporting them, as both Republicans and centrist Democrats foist some version of the “Marxist” ghost story on a populace that isn’t educated enough to know any better.

And all just in time for a certain former president to dust off the red hats and hit the campaign trail with a familiar schtick that still resonates precisely because nothing has changed.