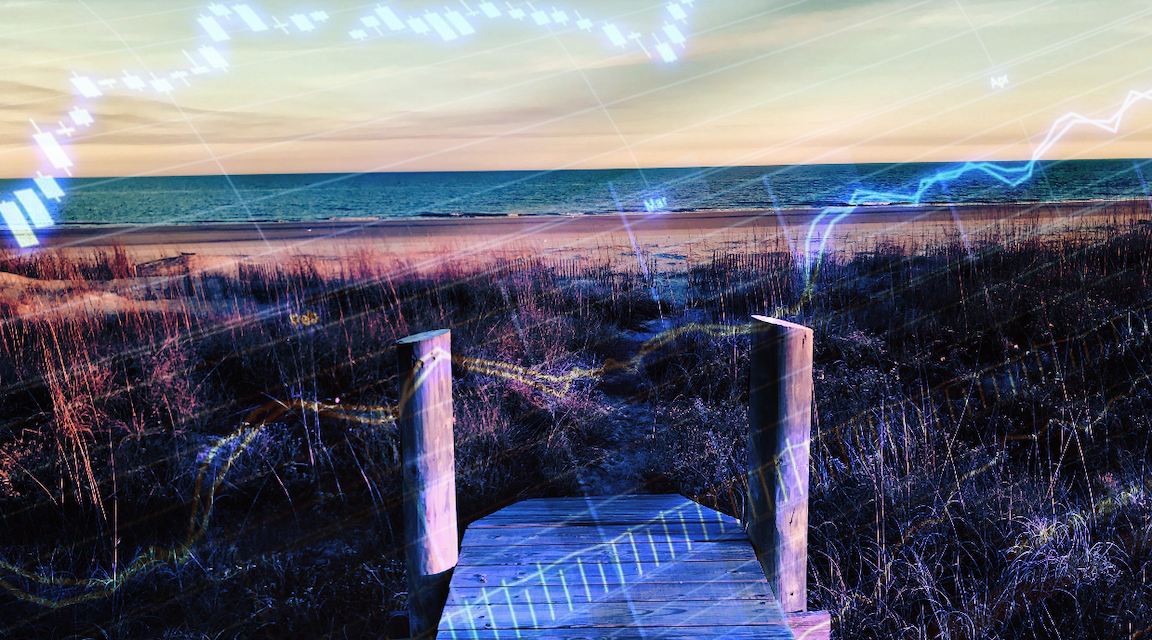 It was the accountant. He never says “Hi” or identifies himself when he calls.

It’s not that he has to. I have caller ID, just like everyone else, and because he’s one of the only five (or so) people who ever call me, I’d know his voice anytime, anywhere, even if there was a hurricane raging in the background. I know this because I have, in fact, spoken with him during a hurricane.

But it’s still amusing. He just starts talking as soon as he knows there’s someone on the other end of the line.

“I send you checks every month,” I joked, even though I don’t actually find paying him for something every couple of weeks to be very funny.

“Wasn’t me. My checks have my name on them.”

“I’m just glad we live here. They’re boarding up businesses in the cities,” he said.

“Who’s gonna protest here?” he wondered, rhetorically. “What are you gonna be mad at? You been outside today?”

“I’ll see you later.” That was enough small talk for me.

My Monday chat with the accountant (I habitually refer to him as “the,” as though he’s the only accountant on the planet) reminded me that I’m fortunate. Fortunate to be so far removed both geographically and financially from the proverbial “fray,” that the most consequential election most living Americans have ever experienced is, in fact, of very little consequence to me.

I was also suddenly aware of how aloof (perhaps even arrogant) I must have come across when an acquaintance based abroad asked on Sunday evening if people were “getting nervous where I am” about the election. “Nobody is nervous because there’s nobody here,” I said, flatly. I reminded her: “I see other humans on three occasions: When I go to the barber shop, when I go to the grocery store, and (sometimes) on my evening runs.”

I like to imagine this allows me to be objective. To be frank, I can’t imagine that it doesn’t at least render my commentary more objective than most. But sometimes I worry that my physical detachment from the reality that confronts everyday people might eventually lead to a similar level of psychological detachment that renders even my digital pen totally numb to epochal events.

Some have recently suggested that markets — equity markets, anyway — will ultimately display a similar kind of detachment from the political scene in what, previously, was rightly or wrongly viewed as the world’s foremost democracy.

Last week, for example, Jefferies’ David Zervos, suggested fading any overshoots in either direction for US equities tied to election outcomes. “While there is plenty of potential for rotation within spoos, for the aggregate levels of risk assets and IG credit markets, a highly dovish Fed backstop will be the driver no matter who takes the helm of the White House or control of the Senate,” he said.

The pandemic is in play, of course, but some say the risk of more lockdowns as infections and deaths rise across western economies is just more reason to expect the same accommodative central bank policies that are poised to support risk assets regardless of the election. New lockdowns and the assumed deleterious read-through for growth “could bolster… equity upside via inducing more QE and thus more liquidity creation,” JPMorgan’s Nikolaos Panigirtzoglou wrote.

There was also plenty of chatter about the assumed inevitability of fiscal stimulus despite the very real possibility headed into the vote that Republicans could hold the Senate and block more spending. Alternatively, if Democrats managed to flip the Senate, they could hold off on another relief package, knowing that when the calendar turns, they’d be able to get (virtually) everything they wanted out of the deal.

“Regardless of who wins today, a similar amount to the $2.2 trillion in fiscal transfers we saw in 2020 will likely pass Congress in January for distribution through 2021 – and that number will probably be even higher,” BNY Mellon’s Daniel Tenengauzer wrote. To my mind, there was almost no chance of a GOP-controlled Senate green-lighting anything more than $1.5 trillion. $2.2 trillion (“or even higher”) would be a non-starter for Republicans if they have a say in the matter.

BMO’s Ian Lyngen, Ben Jeffery, and Jon Hill, were less sanguine. “Alas, we’re reminded that regardless of who occupies the Oval Office, the biggest driver for the real economy over the next several quarters will be the path of the pandemic and the progress toward a ‘new normal,’ which will only be marginally influenced by DC,” they wrote. “The return of progress toward a fresh round of fiscal stimulus is poised to be a net positive for the outlook, although delays on the $2 trillion package thus far don’t suggest a swift post-election timeline.”

Writing Monday, JPMorgan’s Mislav Matejka, Prabhav Bhadani, and Nitya Saldanha said that in their view, “the risk-reward is turning better.” “The elections are in front of us, and any clear result is likely to be seen as a positive, with investors then able to look forward to fiscal stimulus down the line,” they said.

While Matejka conceded that a “stalemate [or] contested election would lead to further risk-off trading,” the bank’s strategists generally think investors “should be using the weakness as an opportunity to add exposure on a 3-6-month horizon.”

As far as a Democratic sweep was concerned, Matejka wrote that while such an outcome “might initially lead to some weakness, as investors would worry about the swing to market-unfriendly policies, we believe that this too [would] be an opportunity to add, as the fiscal support will likely be ramped up significantly, USD could fall, yield curve steepen and the trade uncertainty ease.”

One thing that’s common to most assessments I’ve read is a sense that regardless of what happens this week or next week or even next month, the medium- to longer-term outlook for US equities is no less bullish than it always is. By “always” I’m obviously not suggesting that stocks “always” rise, but they do generally rise over time (all Japan jokes notwithstanding).

Epoch-making or no, the election isn’t seen changing that general tendency. I’d tend to agree, although I would echo the sentiments expressed by BNP’s Daniel Ahn last week. “If there is a constitutional crisis, we believe that the loss of political credibility and standing of the United States as a stable country could threaten its status as a safe haven with unfathomable consequences for the economy and for markets,” he said.

As much as I try, it’s hard to imagine even that outcome affecting my own existence in a material way, so readers can be sure that, barring a scenario where the internet is restricted under some new, “improved” version of Trump’s soft-authoritarianism, I’ll still be right here, digital pen on digital page, every, single day. (Because what else would I do? Wander around, I suppose.)

Commenting further on Monday, JPMorgan’s Matejka summed up the sanguine case. “Post the elections, we don’t think that the politics will end up to be as negative for the US equities as many fear,” he said.

Perhaps — just perhaps — Matejka accidentally flagged the real peril. I’m not sure “many” really do “fear” for the fate of equities post-election. At least not in the medium- to long-term.

After all, no president could possibly do anything to disrupt the upward, long-horizon trajectory of the US stock market, right?

Just like no president could possibly disrupt the life of one man who, very much counter to the advice implicit in the old adage, has made himself “an island.”