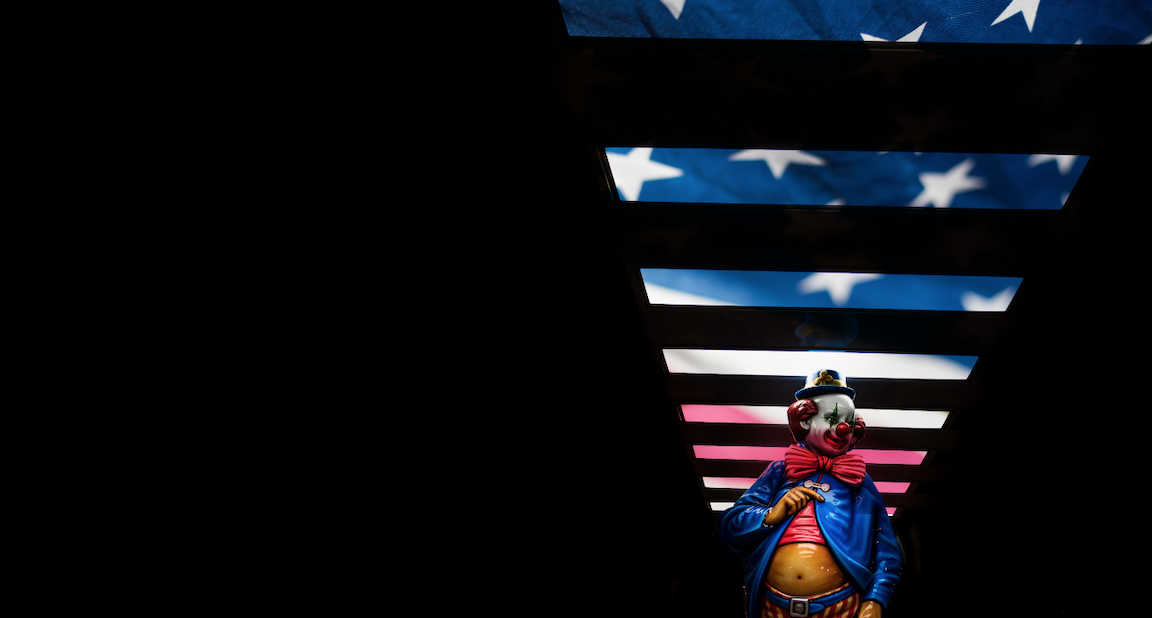 America’s public health experts are “killing people with their fear-inducing shutdown policies,” Atlas told RT which, again, is Russian state television. It was a surreal spectacle: A US government official charged with protecting the public from a deadly epidemic appearing on a Kremlin-backed news channel to criticize America’s scientific community, just three days before an election that national security officials say Russia has been tampering with for months.

Atlas later apologized. “I was unaware they are a registered foreign agent,” he shrugged, in a Sunday tweet. “I regret doing the interview and apologize for allowing myself to be taken advantage of.”

For his part, Fauci said Atlas is “talking about things that I believe he doesn’t have any real insight or knowledge or experience in.”

“I have real problems with that guy,” Fauci added.

The US nearly topped 100,000 virus cases in a single day late last week. And yet, during a marathon rally tour, Trump continued to insist the country is “rounding the turn.” That’s a lie. It’s not reality. And this isn’t a matter of partisanship or casting aspersions. Rather, Trump simply isn’t telling the truth. The seven-day average for new infections is now at nearly 80,000.

Although deaths remain steady, that in itself is a problem. You don’t want fatalities to be “steady.” The US is losing around 800 people per day to the virus.

In a testament to the pernicious effect rhetoric from officials like Atlas has, loud chants of “Fire Fauci” broke out at a Trump rally Sunday after the president ludicrously claimed the media will stop talking about COVID-19 after the election if Joe Biden wins.

As ever, irony is dead in the Trump era. And so is satire. For the duration of the pandemic, Trump has insisted (loudly) that COVID-19 will just “disappear.” It never did. In fact, it eventually infected him.

On Sunday, The White House suggested Fauci is a deep state operative. Fauci’s remarks to The Washington Post criticizing the administration’s virus response are “exactly what the American people have come to expect from The Swamp,” spokesman Judd Deere said, in a statement.

Again, that’s surreal — an official statement from The White House using the terminology of a demagogue.

With that in mind, I’ll leave you with two short passages from a new NotesFromDisgraceland commentary (below).

When the number of those who have failed the rationality test is so large that they begin to present a significant political body whose voice can be heard in the ballot box, rationality will already exhaust itself. At that point, the excluded will seek to abandon reason and, with the help of nostalgia and identity politics, elect a new Prince. And this Prince will be unlike any other before him. He will govern with unwisdom and will have the courage to wear his unreason unabashedly as an ultimate virtue. He will create a new order of things, define new reality, and construct the world of unreason with rules that only he & his constituents understand.

In this kingdom of unreason, power will derive from a way of using language rather than from a system of ideas. But this, like any other detachment from reality, cannot be anything but short-lived. The Prince will sit in his big car, get on a highway and drive against the traffic. His car will have only one pedal: Gas. Like his constituents, he believes that everyone else is driving in the wrong direction. Many drivers will move to the shoulder to avoid the collision, but, as he continues to accelerate, there’ll be a slow-moving trailer truck that won’t be able to maneuver fast enough.

6 comments on “‘Fire Fauci!’ Failing The Rationality Test In The Kingdom Of Unreason”