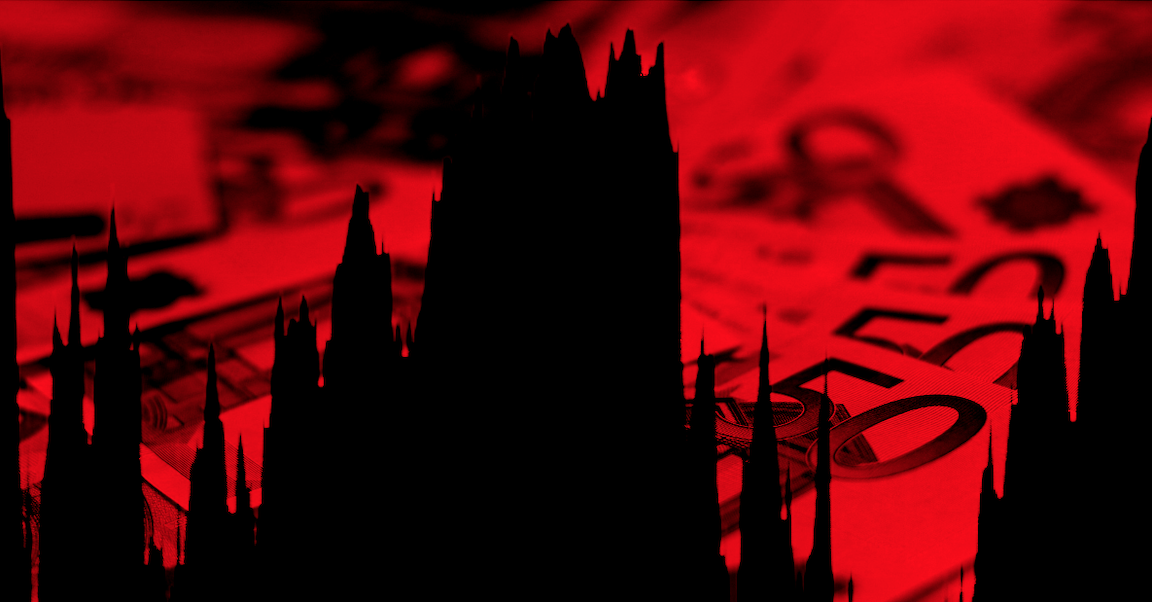 If Christine Lagarde and the ECB were already fretting about deflation risks in the months ahead, they’re likely a bit more concerned Tuesday, with the caveat that interpreting CPI data is an even more imprecise exercise in the post-pandemic reality than it would be in normal times.

Germany, where consumer prices have declined in recent months, reported a preliminary 0.4% YoY decline in the harmonized index on Tuesday. That matches the most pessimistic estimate from 30 economists and is far worse than expected. Consensus was looking for -0.1%.

The national print (-0.2%) is also worse than consensus and the lowest since January of 2015.

This is problematic for policymakers, who may well be compelled to ramp up purchases under the emergency pandemic QE program (PEPP) by year-end.

Speaking to European lawmakers on Monday, Lagarde reiterated that the central bank “stands ready to adjust all of its instruments, as appropriate”. That’s a boilerplate line, but she means it.

Bloc-wide inflation fell below zero for the first time in four years in August. A fresh read is due later this week. To me anyway, an expansion of the PEPP envelope seems like a foregone conclusion later this year. New containment protocols instituted across Europe to deal with rising virus cases are sure to weigh on activity. The drag is already showing up in PMIs.

“Ahead of the euro-area CPI data on Friday, the -0.3% headline YoY reading for Germany’s North-Rhine Westphalia is particularly troubling”, Bloomberg’s Richard Jones remarked on Tuesday, noting that “NRW is an economic powerhouse, with the highest GDP among all of Germany’s 16 states”.

In a quick take, ING writes that although the September fall in German inflation “is mainly the result of low energy prices and the VAT reduction… disinflation can easily turn into deflation”.

Lagarde declined to push back forcefully on currency strength earlier this month during the press conference following the September ECB meeting. Policymakers have since acknowledged the obvious — a stronger euro is, of course, an impediment.

A vaccine would help this situation, and, again, there’s more than a little nuance in the numbers out of Germany. But it’s not exactly as if the eurozone has a great track record when it comes to robust growth outcomes and on-target inflation.

ING’s Carsten Brzeski summed it up best: “This would not be the first time that falling prices, driven by one-off factors [combined] with economic uncertainty and increasing unemployment develop[ed] into a deflationary spiral”.