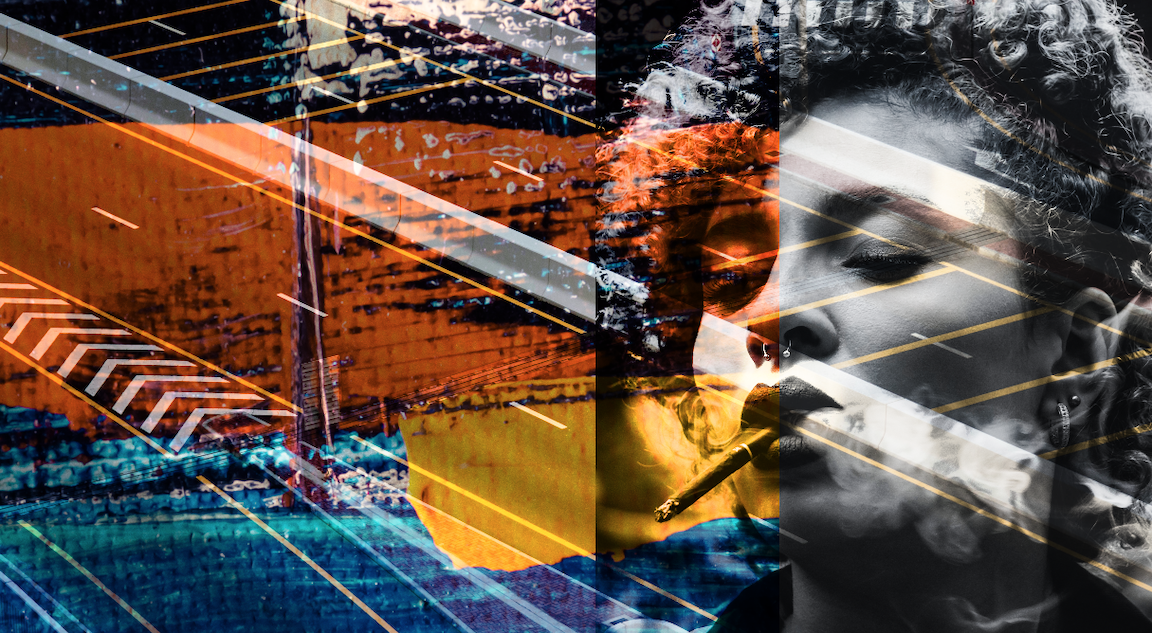 One might fairly question some of the more dire predictions about the extent to which the pandemic will prompt a sustained de-urbanization impulse that leaves America’s cities in a state of dystopian disarray.

I wrote about dystopian disarray in America’s urban centers (and my place in such a reality) earlier this year, in a trio of lengthy pandemic posts.

Given the public’s piqued interest in what some have hyperbolically described as an “urban exodus”, I’ll briefly revisit a well-received piece from April, before touching on a few new data points that speak to de-urbanization, and then reimagining the future.

On a blinding Saturday morning, while squinting unhappily at a too-big pile of mail through a pair of Helmut Lang aviators on the back deck, the cover of the April 13 edition of The New Yorker stuck out.

It’s a piece by Pascal Campion called “Lifeline.” In it, a worker delivering something essential (food, probably) stands under a lighted awning amid towering high-rises and rings the buzzer. Just a few feet away, his bicycle rests precariously against a light pole. It’s raining. It’s dark. The streets are deserted.

The visual is, to quote Françoise Mouly, who interviewed Campion, “a nod” to the essential worker “and to his place in a silenced metropolis”.

I started not with the feel of the city but with my own emotions. I felt dark, lonely, a little scared, and I built a city—based on New York—out of that feeling. Instead of choosing shapes, I chose lights and shadows. I worked on textures first and added details later. Eventually, I got to a point where all I needed was a small visual anchor to make the image representative rather than abstract. In this case, the delivery man became the recipient (and embodiment) of my emotions.

Staring at the work, I felt suddenly out of place in the world – even more detached from the rest of humanity than usual. My reality is the opposite of Campion’s “Lifeline”, and thereby the opposite of the reality experienced by the millions upon millions of people living through the most acute public health crisis in a century.

My reality on Saturday is lonely, but certainly not dark. I’m wearing pastel knits that tend to get caught in the thorny arms of the airy wicker porch furniture. And it hasn’t rained in what feels like weeks.

One fixture of any good dystopian film or novel is the ubiquitous outsider. Sometimes (but not always) this person is the protagonist, and there’s usually some manner of backstory that explains why he (or she) lives outside the main population centers, which are unfailingly overcrowded and usually run by cabals of criminals, elites, or both. Inequality is pervasive and life is typically some combination of treacherous and annoyingly cumbersome for everyday people. Technology’s role is almost always antagonistic, and very often serves to perpetuate some system of social stratification.

All of this varies from novel to novel, and from film to film, but if you’re thinking of writing a dystopian book and selling the rights to a movie studio, those are some generic guidelines.

I suppose I’m playing the role of the outsider in our real-life dystopian future, and while I’m no stranger to the outsider bit, the total economic and societal collapse is as new to me as it is to the rest of you.

I’m fortunate to be observing it from outside the “walls”.

Fast forward four months, and the housing market data suggests more and more Americans are keen on joining me “outside the ‘walls'”, as it were.

As regular readers are apprised, proximity to other humans is something I gave up on long ago, abandoning Manhattan for a comparatively blissful existence spent in almost total isolation.

Most Americans aren’t likely to follow my lead, but the combination of COVID-19 and some of the most dramatic social unrest seen since the 1960s has compelled many city dwellers to embrace new, suburbanite identities.

That’s showing up in all manner of data on the housing market, which is red-hot thanks to the de-urbanization impulse and record-low mortgage rates.

The flip side of that is rent deflation in major cities, a subject of some debate on which the evidence is mixed.

Sam Zell recently chided executives and business leaders for “hiding out in the Hamptons”, and a study from Apartment List suggests fears of a full-on exodus may be overblown.

The latest rent report from Apartment List shows the cities witnessing the largest declines in rent prices are either “markets where the local economy is heavily dependent on the tourism and service sectors that have been hit hardest by the quarantine economy [and] expensive markets that were already struggling with sky-high rents prior to the pandemic”.

The figure (below) gives you a sense of the situation as it’s manifesting in actual prices for two-bedroom apartments.

“While rents fall in the country’s largest and priciest markets, a number of affordable midsize metros are gaining momentum”, Apartment List went on to say, in the September vintage of their national rent report, adding that “cities like Sacramento, Riverside, and Richmond all lie within long commuting distance of ‘superstar cities'”.

That, the site says, suggests that while “a wider embrace of remote work may mean that knowledge workers will no longer need to go into the office on a daily basis, many of them may still want to be within reasonable distance of these thriving job centers”.

Note that the very notion of large cities as “thriving job centers” is now up for debate. In the absence of vibrant business districts (which in many cases are home to “knowledge workers”, however you want to define that), the services economy will collapse. Remove a large percentage of highly-paid, white collar workers from the downtown ecosystem, and that ecosystem will die. Restaurants will close, as will coffee shops, bars, theaters, and retail outlets.

Speaking to this is data from appraiser Miller Samuel Inc. and brokerage Douglas Elliman Real Estate, which shows a surge in Manhattan apartment inventory (figure below).

Apparently, vacancy rates have more than doubled since this time last year. “Until we see a stabilization in outbound migration or some impetus to bring people back, we’re looking at more softening rents to come”, Miller Samuel president, Jonathan Miller, told Bloomberg, in a recent interview.

Finally, I’d be remiss not to emphasize that the jump in core prices in August (see Friday’s CPI report) was in no small part due to what the Bureau of Labor Statistics described as a “sharp rise in the index for used cars”.

“The August core-CPI print was heavily influenced by the rise in used car prices that we’re content to characterize as a residual of the pandemic”, BMO’s Ian Lyngen, Jon Hill, and Ben Jeffery said Friday. “A reluctance on the part of commuters to return to public transportation creates a set of new entrants into the preowned auto market, as does the rotation from urbanization to suburbanization”, they went on to say.

And so, our post-pandemic dystopia continues to take shape.

Ghostly, deserted business districts (where the best graffiti on plywood shopfronts is cut from its “canvas”, harvested monthly by opportunistic curators hoping to create a new genre of “collapse” art) are ring-fenced by high-density, low-income, “left-behind” communities, where the population lacks the wherewithal to flee the city.

Asphalt veins and arteries, once heavily-trafficked, are used twice per day: Once in the morning, when commuters employed by firms with operations in the cities begrudgingly enter the bleak, urban abyss, then again in the afternoon, when the same workers flee promptly, stopping only for the mandatory, 15-second COVID screenings set up at what, in better times, were toll plazas.

An outer-rim of Walmarts, Targets, home improvement stores, and strip malls retooled to cater to the now teeming suburbs serves as a buffer zone between dead metropolises and an endless sea of cookie-cutter, “Truman Show” communities, hastily built to accommodate the exodus.

Beyond that: The “badlands”. And further still, an island, where, once every week or two, I’ll still bother myself to walk down and collect the mail.

Assuming, of course, the Post Office is still funded. If not, I’ll wait patiently on the back deck for Jeff Bezos to drop off whatever correspondence there may be via Amazon drone.

Read more: The End Of Urbanization? Sam Zell Says ‘Stop Hiding Out In The Hamptons’