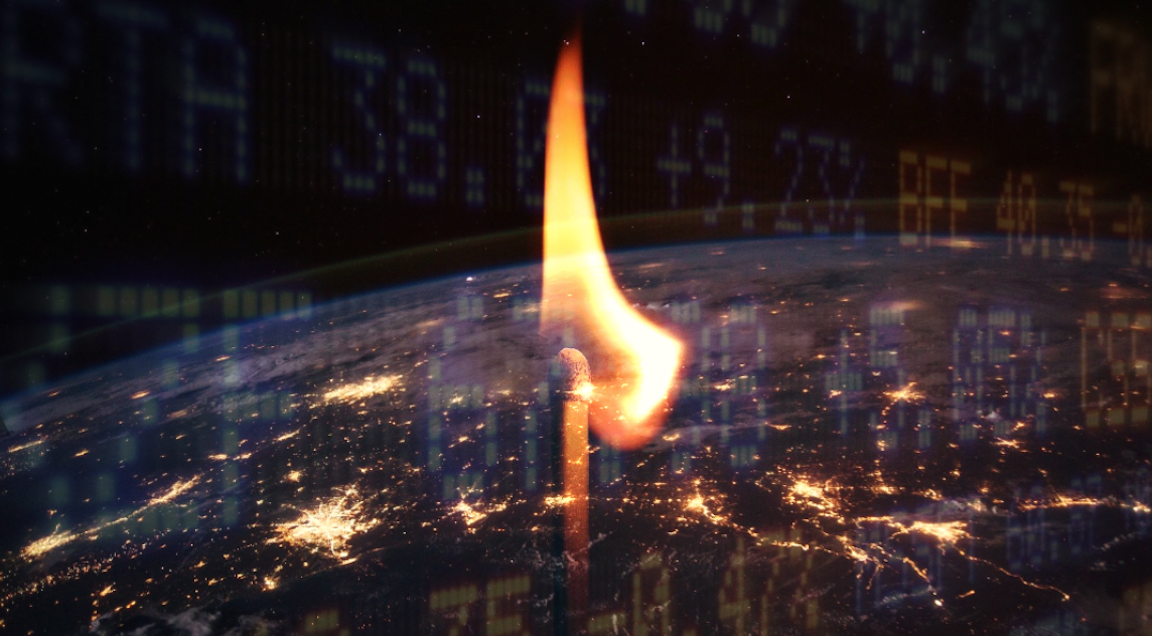 Global markets were generally mixed Thursday as traders pondered a calendar littered with event risk, while questions linger about the stability of a top-heavy US equity complex that still looks quite frothy despite having let off some steam.

The Brexit situation remains in limbo, mired in the usual uncertainty only this time with the wrinkle that the UK intends to break international law. This is set against i) Boris Johnson’s ongoing efforts to ensure the virus doesn’t deep-six the local economy again (remember, the UK fared the worst economically among large, developed nations in the second quarter) and ii) the EU’s admirable attempts to forge a pseudo-fiscal union in the fires of a crisis.

“The UK is, on its own admittance, steering towards acting like a rogue state and unilaterally breaking international law”, Rabobank’s Michael Every wrote Thursday, adding that “there’s an emergency meeting today between the two sides and, frankly, it’s unclear if the UK is going to talk or declare ‘There is a bomb in this briefcase!'”

“The chances of a UK-EU trade deal being struck are now 50:50 at best, given the events of the past few days”, ING remarked. “The very limited risk premium factored into EURGBP at the moment suggests further downside lies ahead for the pound”.

Meanwhile, Donald Trump’s on-the-record remarks about the coronavirus add to US election uncertainty stateside, as does a new whistleblower complaint detailing improper conduct by Department of Homeland Security officials who allegedly instructed subordinates to modify intelligence assessments by minimizing Russian meddling and downplaying the threat posed by White supremacists. Instead, career officials were reportedly told to focus on China, among other things more consistent with The White House’s political agenda.

Speaking of Sino-US relations, they took their scheduled, daily turn for the worse when the Chinese foreign ministry said it reserves the right to respond after the US revoked visas of some 1,000 Chinese students and researchers, citing (real and imagined) links to the PLA.

“We continue to welcome legitimate students and scholars from China who do not further the Chinese Communist Party’s goals of military dominance”, a State department spokeswoman told Reuters.

Separately, China denied US Ambassador Terry Branstad’s bid to publish an Op-Ed in the People’s Daily, calling it “full of bias and lies”.

“On August 26, the US Embassy in China contacted People’s Daily and requested that Ambassador Branstad’s article be published before September 4, hoping to get a reply on August 27, and clearly stated in the letter that ‘The US embassy feels it is particularly important that it be printed in full, without edits of any kind'”, The Global Times explains, before ludicrously describing its parent publication as “a prestigious, serious and professional media outlet”. This goes without saying, but the idea of the People’s Daily as “prestigious” and “serious” is, well, the furthest thing from “serious”.

At the same time, the US’s claim to the moral high ground has all but disappeared in the Trump era. “The People’s Daily’s response once again exposes the Chinese Communist Party’s fear of free speech and serious intellectual debate”, Mike Pompeo charged, without even a hint of irony to account for The White House’s incessant attacks on press freedom in the US.

Just another day in the “decoupling”.

Fortunately, all of this ceased to make any difference for financial asset prices years ago, as a decade of central bank accommodation and the “perfection” of forward guidance cemented a “decoupling” of market-based measures of volatility from gauges of policy and political uncertainty.

Speaking of central banks and forward guidance, the ECB on Thursday decided against pushing back aggressively on excessive euro strength, prompting the single currency to surge. That’s a risky endeavor at a time when headline inflation in Europe is already negative.

Still, I doubt the September ECB meeting will be remembered as any kind of watershed moment for FX. If necessary, the central bank can always float a “sources” story to the media tipping consternation if things get too far out of hand on the upside for the euro.

As for equities, recent dramatics notwithstanding, global stocks are what they are — near record highs.

“I think the FX market needs some volatility to clear the air and the euro needs a correction to build better foundations for a multi-month (multi-year) rally”, SocGen’s Kit Juckes said Thursday.

That applies across assets, really.

0 comments on “Pay No Attention To The Burning World”