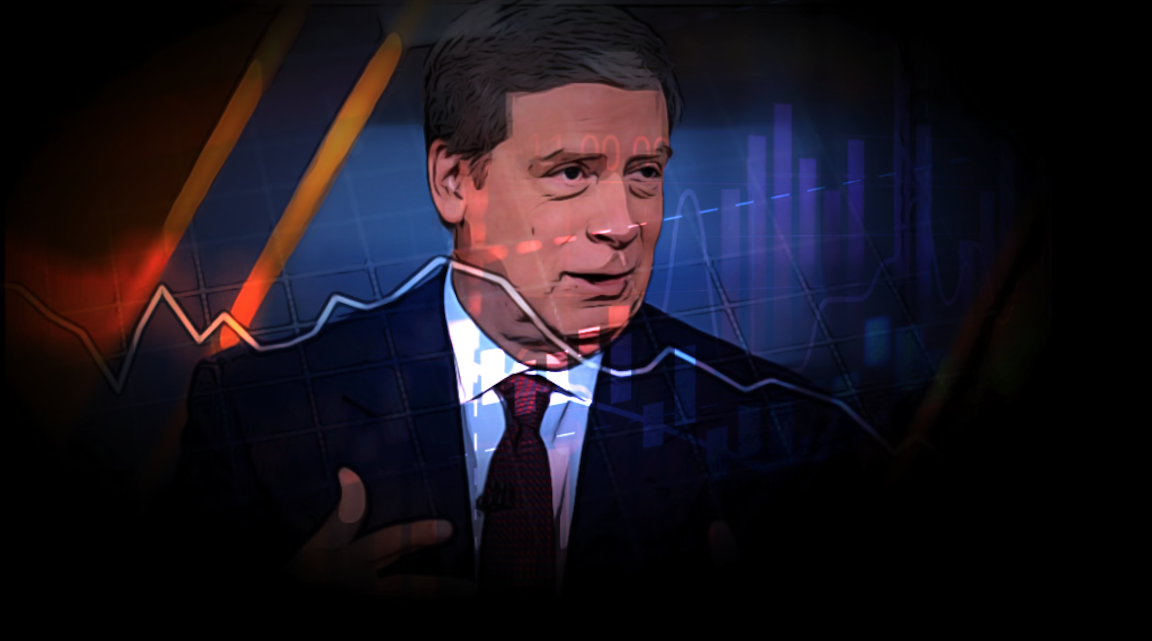 The last time most market participants heard from Stan Druckenmiller, he retained a somewhat flummoxed demeanor as it relates to the rally he admitted to missing.

Let’s take a trip down memory lane for a moment. During a May virtual chat with the Economic Club of New York, the man many consider to be the greatest investor of all time boldly proclaimed that “the risk-reward for equity is maybe as bad as I’ve seen it in my career”.

I suppose it’s possible to say that assessment was accurate. After all, poor “risk-reward” setups don’t necessarily preclude outcomes where markets defy purportedly bad odds to surge anyway. But the following chart just “is what it is”, to quote the current occupant of the Oval Office.

Fast forward to June, and Druckenmiller showed up on CNBC for a chat with Joe Kernen. “I was up 2% the day of the bottom, and I’ve made all of 3% in the 40% rally”, Stan said, flatly.

“I missed a great opportunity here”, he added. “Won’t be the last time”.

Three months on from that interview, and Druckenmiller was back on CNBC, and still intent on castigating the surge in highly derisive terms.

“Right now, we’re in an absolute raging mania”, he said. “We’ve got commentators encouraging companies to do stock splits. Companies then go up 50%, 30%, 40% on stock splits. That brings no value, but the stocks go up”, he continued.

He’s right, of course. But his tone is, in my judgement, disingenuous. I use the phrase “feigned incredulity” in these pages quite a bit. This is a textbook case.

Druckenmiller has seen this before. While his having admittedly missed out on the initial rebound is evidence to support the contention that he was, in fact, surprised by the rapidity of the bounce off the March nadir, there is no chance (none) that Druckenmiller is bemused that equities have managed to keep rising in an environment characterized by deeply negative real rates.

Further, there is no chance that he is bewildered that stock splits engender speculative froth. That was entirely predictable. Most Americans are scarcely capable of walking and chewing gum simultaneously, so expecting them to understand that a stock split is just… well, just a stock split, and adds no value, is asking far too much of a nation that spends most of its time giggling at looped cat videos on social media and captioning silly celebrity memes.

Unfortunately, Druckenmiller proceeded to play up fears of inflation using the most generic (and thereby amenable to public consumption) argument imaginable.

“For the first time in a long time, I’m actually worried about inflation”, he told Kernen. “We actually have the chairman of the Federal Reserve with a $3.5 trillion deficit out lobbying Congress to do more spending and guaranteeing to those on Wall Street that he’ll underwrite it”.

Correct. That’s what “we actually have”.

Do you know what else we actually have? We actually have nearly a decade of inflation undershoots on the books, a laundry list of structural deflationary forces still operating at the macro level, a Phillips curve that’s reminiscent of Monty Python’s “Dead Parrot” sketch, and a pandemic which triggered a massive deflationary wave across every developed economy on the planet.

“I think it’s dangerous”, Druckenmiller added. “We could easily see 5% to 10% inflation in the next four or five years”.

As ever, it’s the same old story when it comes to “brand name” investors maligning Modern Monetary Theory in advanced economies. It always comes down to warnings about double-digit inflation at some future, largely indeterminate date, and allusions (tacit or otherwise) to borrowing from our grandchildren.

At least Stan refrained from likening Powell to Nicolás Maduro (I hope, although I didn’t watch the entire interview).

With all due respect (and in this case, there is some due), you sure don’t, Stan. Not this year.