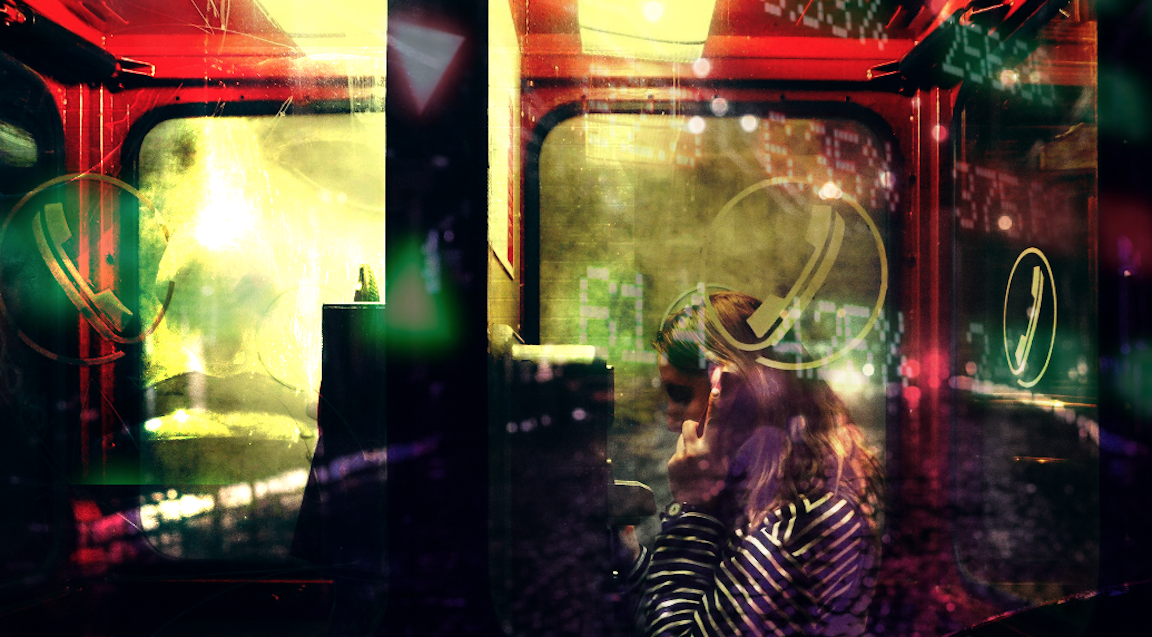 It’s with varying degrees of success that I’ve endeavored to explain to casual readers what, for those steeped in the monetary policy discussion since the financial crisis (GFC), long ago became self-evident.

Central bank asset purchases and other manifestations of extraordinary accommodation are tantamount to i) socialism for the rich, and ii) debt monetization.

To the first point, the notion that the policies adopted in the wake of the GFC would engender a robust recovery in the real economy (and thus for “real” people), suffered from a fatal flaw — namely, it assumed the transmission mechanism from monetary policy to the real economy was at least some semblance of efficient, if not quite on par with the near real-time transmission channel between those policies and financial assets. That assumption was woefully misguided.

To the second point, a central bank which buys debt from its sovereign but continues to reinvest the proceeds from maturing securities and thus never unwinds the positions (instead growing them in seeming perpetuity), is engaged in debt monetization by definition. That being the case, and considering moribund inflation and sub-par growth in the real economy, it’s not clear what purpose the middlemen in the equation (primary dealers) serve other than to give everyone plausible deniability when it comes to accusations that governments are simply issuing debt only for another government entity to buy it.

In the simplest possible terms: this entire system isn’t working for Main Street. It has proven itself to be inadequate (if not wholly ineffective) at engineering real economic outcomes. And it has exacerbated inequality by driving up the prices of financial assets which are concentrated in the hands of the wealthiest segments of society. The figure (below) is one way (among many) to visualize the problem.

“The money supply in the real economy barely changes because almost all of the ‘printing’ stays within the banking system”, former institutional equity derivatives trader (and reader favorite) Kevin Muir said last month.

“So, if QE doesn’t cause economic growth, why bother?”, Kevin wondered. “Well, that’s a good question”.

It is a good question. And while it was answerable in 2008/2009 (because we hadn’t really tried it yet on a grand scale, and we were staring down a depression), and in specific cases since then (in March, for example, the Treasury market effectively “snapped“, which is a total non-starter for the global financial system), it’s now entirely plausible to suggest that dropping the pretenses and pivoting to overt debt monetization is preferable, especially given how obvious it is to anyone with even a passing interest in the matter that central banks are facilitating deficit spending as part of the pandemic response.

In a sweeping piece that addresses this in a broader context, Rabobank’s Michael Every puts it as follows:

We are continuously told that central banks are pushing trillions of USD into the financial system, sending asset prices skyrocketing, to help those at the bottom of the socioeconomic pyramid.

How can the logic of “We have to push up house and stock prices to keep workers in jobs” compete with “Why not use that money to employ workers and let asset prices do what they will?”

It cannot compete — not at all. And especially not in a post-pandemic world where tens of millions remain jobless in advanced economies, while tens of… well, tens of tens of people see their net worth balloon by tens of billions in the space of just a few hours (figure below).

You might call that “capitalism”, but in reality, we’re bordering on the opposite, as more than a few “name brand” investors have emphasized and lamented over the past several months (perhaps because it’s become apparent to them that being a Howard Marks or a Jeff Gundlach is meaningless in a world where gods like Jeff Bezos and Mark Zuckerberg walk among us).

Every sums up the various criticisms in a few questions. To wit, from his note:

He argues that these questions (and others like them), aren’t being framed properly. Specifically, Every says they’re being “sold as ad hoc, technocratic, and countercyclical, to be wound back once we ‘return to normal’”. That’s not only disingenuous, it’s also counterproductive, as it decontextualizes things by dodging the rather obvious political-economy discussion.

Modern Monetary Theory is the exception. “For now this political-economy framework remains on the fringes of policy discussions”, Every says, before reminding you that “central bank actions such as debt monetization are already de facto adopting it”.

That speaks to the two crucial points made here at the outset (and to countless iterations of those points delivered in these pages over the summer).

Addressing the pressing questions asked by the “huddled masses” yearning now not just to “breathe free”, but also to be something other than peasants in a system that looks increasingly like feudalism, Every adds these follow-ons:

After all, if we are to abandon parts of the definition of capitalism in “voluntary exchange, a price system, and competitive markets” in some assets, why in some and not in others?

He describes the current system as “capitalism with a massively active central bank” or, “central-bankism”.

I’ll use an extended quote here, as it’s preferable to let Every speak in his own words when it comes to describing the evolution of society from feudalism to post-capitalism. To wit, from one section of Every’s lengthy piece, dated August 27:

The feudal political-economy was simple. Peasants grew food and handed much of this over to their lord, who did the same to his lord, and so on up to the Crown. On the basis of this crop, monarchs were able to borrow from money-lenders. The chain was production –> debt. Under capitalism, this was reversed. Banks make loans to capitalists, who invest the funds in capital stock, produce goods, and repay the loans with the profits. The chain is debt –> production. This advance, alongside the industrial revolution, explains why growth boomed under capitalism while it had stagnated under feudalism.

However, with financialization we get more debt (and higher asset prices) and yet less physical production as investment flows into financial assets and not productive capital stock (and so onwards in wages). Political-economy has been pointing this out for over a century: economics still does not understand it. Under capitalism with a massively active central bank — “central-bankism”– the process is taken to its extreme. We get soaring debt and soaring asset prices that are almost divorced from actual production or investment.

That’s where we arguably are today. We exist in a system where asset prices have almost no connection to the underlying businesses, let alone the economy as a whole.

On this point, I’ll quote extensively from myself (which I’m wont to do). The following excerpts are from a piece I penned earlier this year:

Although monetary accommodation in the post-GFC world impaired price discovery, we mostly spoke in terms of engineered disconnects between prices and fundamentals. In some cases, those disconnects became patently absurd. For example, some European corporates saw their entire curves go negative last summer, which effectively meant that for those companies, debt had become an asset. Sovereigns which had no business tapping the market at all based on fundamentals were able to borrow at what, just a decade ago, would have been low rates even for a developed economy. And on, and on.

But, in all cases, there was still something there. The prices for fixed income may not have represented the risk associated with a given borrower, and equities were of course distorted by the very same dynamics (as the voracious appetite for corporate issuance allowed management teams to plow the proceeds from record bond sales into EPS-inflating buybacks), yet through it all, sovereign borrowers still had tax bases. There was still an economy to reference. Corporations, even unprofitable ones, still had operations.

Now, there’s a very real sense in which the underlying “stuff” (so to speak) does not exist. Economies are shuttered. Tax payments have been delayed. Rather than take in revenue, governments are handing out cash. Businesses are idled. Corporate titan after corporate titan is withdrawing guidance.

This is a temporary state of affairs, but the point is simply that some of the assets you own are, for the time being anyway, claims on things that don’t exist.

Those lines were written in April. Although the situation has improved since then, every bit of that still rings true.

There are, of course, a handful of companies which thrived in the post-pandemic world, but, tying all of this together, Rabobank’s Every notes that “‘post-capitalism’ [is] perhaps a fitting title in an era when some of the most valued stocks are no longer ones that offer their own product or content, just other people’s”.

How does it all end? Well, in some kind of dystopia, probably. I’ve conjured various visions in that regard. For example, back on April 26, I offered the following playful (but grim) glimpse into one possible future.

Imagine the dystopian metropolis of the future. There’s a break in the rain. The sidewalks and streets are red-tinged glass as puddles reflect the city lights. You’re looking out from an alley. A girl walks by holding her umbrella. Above, today’s administered prices scroll across a ticker tape.

Videos of the daily price-setting press conferences play in a loop, as they do every night from 8 PM to 9 PM on every electronic billboard from New York to London to Tokyo.

They say it promotes “transparency.” It’s important, they say, for the public to understand “the process.”

For his part, Every writes that “for now we must assume central-bankism continues [which] means endlessly rising markets and endlessly rising inequality, and an underlying devolution towards post-capitalism and neo-feudalism”.

Absent a robust rebound in the real economy, he says central banks will be pulled further and further into the intervention business until they “come to matter to Main Street as much as they do to Wall Street”.

This, Every says, may be the “Next Normal”, which he describes as “a political-economy using central-bankism — with the best of intentions– to address domestic inequality and international inequality, and to use the private sector to deliver these state goals”.

11 comments on “Dystopia Revisited: ‘Central-Bankism’ And ‘The Next Normal’”