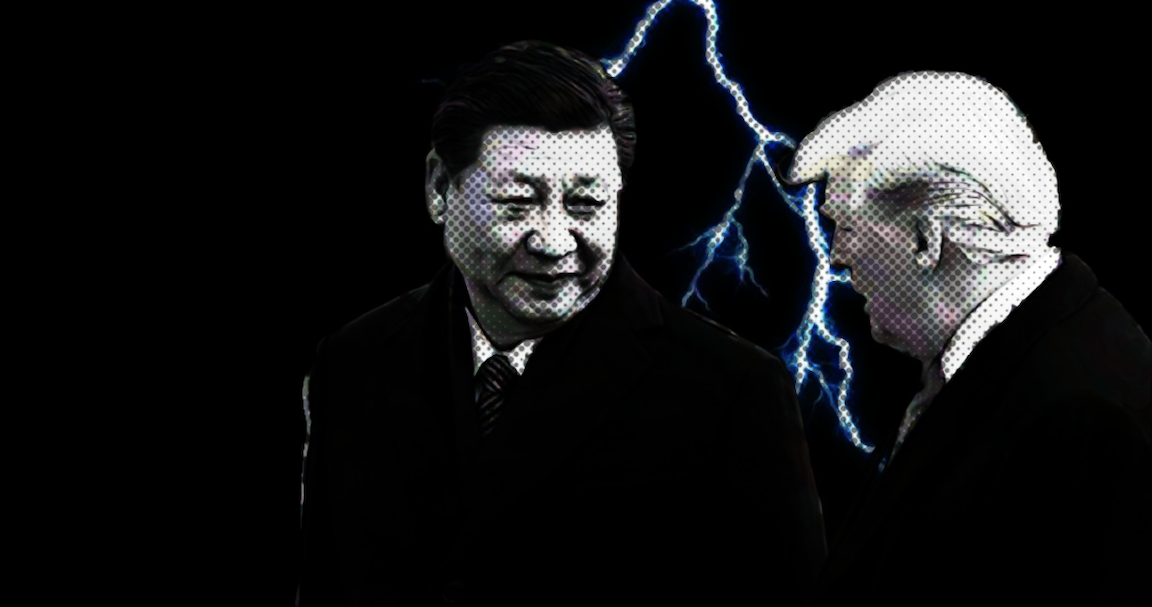 Pre-election “tough on China” jostling has predictably spilled over into the military realm.

“Some US politicians, in an effort to pursue self-interest ahead of the elections, are sparing no effort to undermine relations, even attempting to create accidents and military conflicts”, Senior Colonel Wu Qian told a press briefing on Thursday, after the US added two dozen Chinese companies to the entity list for their role in assisting China’s construction efforts in the South China Sea.

At issue, of course, are the manmade islands China spent years building (and militarizing) in disputed waters despite increasingly shrill international protestations. “The entities designated today have played a significant role in China’s provocative construction of these islands and must be held accountable”, Wilbur Ross remarked on Wednesday. Some of those entities are subsidiaries of state-owned China Communications Construction, a key participant in Xi’s cherished “Belt and Road” initiative. The stock tumbled in Hong Kong Thursday.

For what it’s worth, stocks of companies added to the US entity list tend to shrug it off after a time, although the Trump administration is increasingly prone to attempts at driving firms clear out of business (see: “Going Nuclear“).

“We highlight the latest six instances of Chinese companies being added to the Entity List [and find] initial knee-jerk reactions appear to normalize over a longer time horizon”, SocGen said, in a presentation earlier this month.

During an exercise, China lobbed four medium-range ballistic missiles into the South China Sea Wednesday, including “aircraft-carrier killers”, an apparent warning to US strike groups.

“This is China’s response to the potential risks brought by the increasingly frequent incoming US warplanes and military vessels in the South China Sea”, a source told SCMP. “China doesn’t want the neighboring countries to misunderstand Beijing’s goals”.

Right. And what better way to clear up any “misunderstandings” than to fire some missiles?

“In effect, China is saying, ‘If the U.S. puts two carriers in the South China Sea, we send aircraft carrier-killer missiles there”, an American expert who previously worked as an operations director at US Pacific Command said, in remarks to Bloomberg, whose coverage also cites an unnamed US official as saying the four projectiles “landed in the sea between China’s southern Hainan Island and the disputed Paracel chain near Vietnam, not far from where US carriers conducted drills in recent weeks”.

Amusingly, both the onshore and offshore yuan are back through 6.90, trading at the strongest in seven months, as even FX appears immune to escalating Sino-US tensions. “We have China firing anti-aircraft carrier missiles in the South China Sea to show the US they mean business — What a convincing case to be long CNY!”, Rabobank’s Michael Every joked.

China’s missiles are capable of hitting virtually every US military base in the region, although the jury is out on the PLA’s capacity to actually sink a US carrier.

Apparently, Beijing didn’t promote Wednesday’s exercises domestically. Rather, the sole purpose appears to have to been sending a message to Washington, just a day after China protested a spy plane overfly during a live-fire drill. “It was an act of naked provocation, and China is resolutely opposed to it, and have already lodged stern representations with the US side”, the Chinese Defense ministry said earlier this week, after a U-2 reconnaissance plan entered a no-fly zone.

“Our attitude toward this is clear. We are against it and we are not afraid”, Colonel Wu told reporters Thursday, insisting that China’s military drills are never “aimed at any one nation”.

Right. In this case, they’re just “aimed” at “one nation’s” aircraft carriers.

3 comments on “‘Accidents And Military Conflicts’”