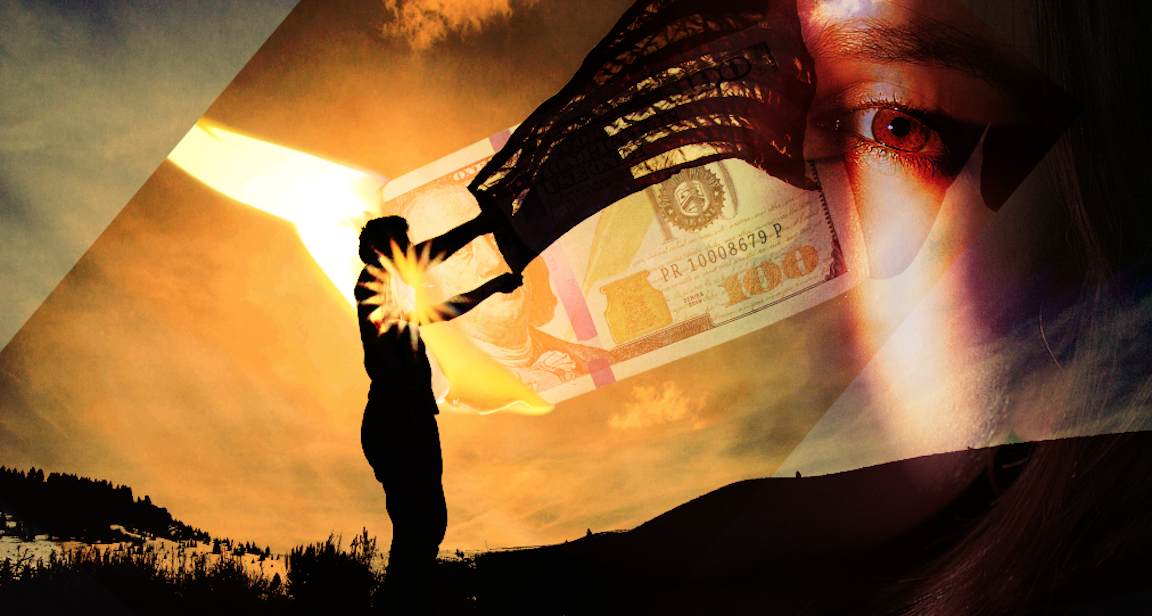 “The items are the post office and the $3.5 billion for mail-in voting”, Donald Trump told Fox’s Maria Bartiromo on Thursday.

“If we don’t make the deal, that means [they] can’t have the money”, the president added. “That means they can’t have universal mail-in voting. It just can’t happen”.

Those remarks were the clearest indication yet that Trump’s aversion to mail-in ballots isn’t confined to rhetoric. Rather, the president’s contention that voting by mail invariably leads to massive fraud is now manifesting in the stimulus negotiations. Trump, critics charge, is leveraging the stalled talks to starve the postal service in a bid to ensure that large-scale mail-in voting isn’t logistically possible.

“What we’ve seen in a way that is unique to modern political history is a president who is explicit in trying to discourage people from voting”, Barack Obama said, during a podcast this week.

“What we’ve never seen before is a president say, ‘I’m going to try to actively kneecap the postal service… and I will be explicit about the reason I’m doing it'”. Obama audibly chuckled, an expression of incredulity at what many charge is a brazen effort to disenfranchise the public.

Trump, of course, says he’s doing no such thing. Mail-in ballots, he claims, would make the election “fraudulent” and therefore cannot be allowed at scale.

That too was unnerving for some critics, as it appeared to suggest Trump intends to sow doubt about the results of the election before it’s even held. Not helping matters is postmaster general (and Trump donor) Louis DeJoy, who this month implemented what the postal service described as a reorganization aimed at “align[ing] functions based on core business operations”.

That move, combined with other recent changes, including the stoppage of overtime pay for mail carriers and clerks, raised eyebrows, prompting Elizabeth Warren to request a review by the postal service inspector general. “We have initiated a body of work to address the concerns raised, but cannot comment on the details”, a spokesperson for the watchdog told the media on Friday.

Whatever you want to say about any red flags this does (or doesn’t) raise about the rather precarious state of America’s democracy, from the perspective of market participants, one thing seems abundantly clear: the odds of something going “awry” (and you can define that however you want) in this election are higher than they have been for any election in modern US history.

I emphasized as much on Friday in “An Unequal Credit Boom For An Unequal Nation“, noting that almost everyone now seems to realize things will not go smoothly. In fact, a contested outcome seems more likely than not.

“As presidential elections have entered the horizon of 3M options, corresponding vol has been acquiring additional event premium”, Deutsche Bank’s Aleksandar Kocic writes, in his latest note, adding that “based on the historical response of volatility to elections, there are arguments both for and against embracing this repricing [but] this time around, the distribution of risks is different”.

They say “this time is different” are the four most dangerous words in investing. The implication is usually that the danger emanates from the likelihood that this time is not, in fact, different. In the current environment, those words are equally (if not more) dangerous than usual, but for the opposite reason — this time is, in fact, different, and that sets up an unprecedented level of uncertainty in November.

Even as banks raise their targets for US stocks, analysts acknowledge that this election has the potential to be highly unusual. “The US election… represents a significant risk to our year-end forecast”, Goldman’s David Kostin wrote Friday.

“The coronavirus introduces a major complication in the timely tabulation of voting results”, Kostin added, noting that in the New York 12th Congressional District Democratic primary, “it took six weeks to count all the absentee ballots and determine a winner — and this was just a primary election”.

“It’s been a total disaster”, Trump said of that race. “I think you have to rerun [it] because it’s a mess”.

For Deutsche’s Kocic, “every passing day” brings reminders that November’s developments will be “anything but linear”. In a note dated August 12, he says we’re in “uncharted territory – an old game with new and unknown rules – where anyone’s opinion carries equal weight”.

What we do know for sure, though, is that “the stakes are unusually high for both sides”, Kocic goes on to remark, adding that,

We have been cautioned on numerous occasions that the likelihood of a contested outcome is real, perhaps much more so than in any previous election. It is plausible to expect that the losing side will try to extract as much leverage as possible before concession, which implies the prospect of a protracted period of legal battles and more uncertainty beyond the election date.

This is a problem in the current conjuncture for a variety of reasons that go well beyond any partisan bickering.

Given America’s fiscal trajectory and concerns (however far-fetched) about the dollar’s reserve status, the country can ill-afford to bungle a presidential election — especially after failing to flatten various virus curves.

As discussed at length in “Exceptionalism Lost” and again in “Why ‘The Tide Is Going Out On US Dollar Exceptionalism’“, recent US dollar weakness needs to be placed in the context of America’s failure to stop the spread of COVID-19.

The transmission mechanism from the ongoing epidemic to the currency is relatively straightforward. As more states are forced to pause or rollback the re-opening push, the prospect of a durable economic rebound becomes commensurately more remote. The weaker the economy and the further out the recovery, the longer monetary policy will have to remain accommodative and the more fiscal stimulus will be necessary to help cushion the blow from what could become structurally higher unemployment and persistently depressed consumer spending.

The figure (below) simply shows that while the dollar spiked in March as the global panic prompted a mad dash to raise USD cash, the greenback began to steadily decline as it became apparent that the US had failed to stop the spread.

Between the weaker economy, lower for longer rates, ongoing asset purchases from the Fed, and consistently large deficits, the fundamental case for the dollar is eroded. At the same time, the perception that the US suffers from intractable political dysfunction and growing politicization of monetary policy, undermines investor psychology, as does pervasive societal unrest tied to myriad inequities and prejudices seen as increasingly incompatible with the prevailing attitudes and ideals that characterize other modern, developed nations.

Some of the language there is recycled from the linked posts above, but it seems to be more applicable all the time.

Against this backdrop, a “failed” election (so to speak) in the world’s foremost democracy could be deleterious indeed.

“Such developments would not be totally neutral for US credibility and, in light of existing issuance, budget deficits, as well as the tensions at the back end of the curve, this could cause nontrivial repricing in the bond sector with a possibility of a substantial whipsaw”, Deutsche’s Kocic cautioned this week. “In the worst case, this could be erosive for currency and risk, and would command higher risk premium on all US assets”.

Asked Thursday afternoon if he would veto a stimulus bill that included funding for the postal service, Trump said no. He then tried to reassure the public that his opposition to mail-in ballots isn’t what it might look like.

“I’m not doing this for any reason”, the president said. “Maybe [mail-in voting] turns out to be my advantage. I don’t know, I can’t tell you that. But I do know this: I just want an accurate vote”.