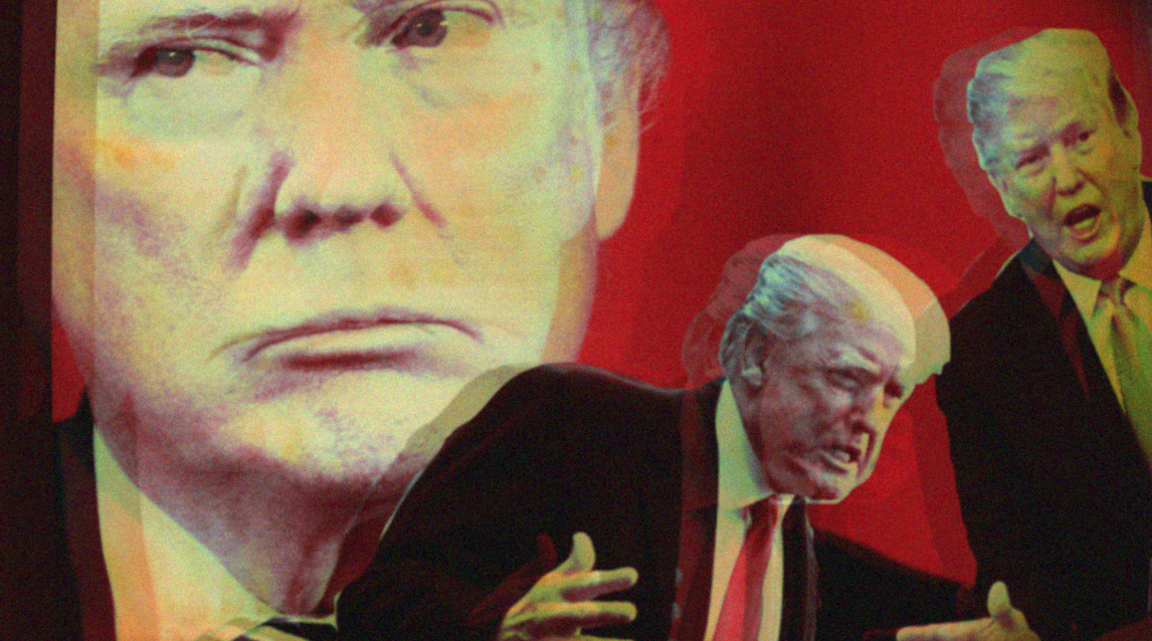 I hoped it wouldn’t come to this, but I can’t say I’m surprised.

On Friday, Donald Trump will reportedly test the waters on the feasibility of instituting what would amount to autocratic rule in the US. Trump plans to meet with Michigan’s Senate majority leader, Mike Shirkey, and House speaker, Lee Chatfield, at the White House, where the president will presumably attempt to cajole them into ignoring voters and handing him the states’ Electoral College votes.

This comes after a hectic 48 hours that found Wayne County’s canvassing board deadlocked on certifying the county’s results. The board’s two Republicans, Monica Palmer and William Hartmann, initially refused, then relented amid a public backlash, only to turn right around and declare that they intend to rescind their certification.

“Trump spoke with both Palmer and Hartmann on Tuesday after the second vote to certify the results,” ABC said, citing sources and adding that “it’s not immediately clear if the latest move to reverse their votes was discussed.” Something tells me it might have come up.

And wouldn’t you know it, they conveyed their intention to rescind their votes via a PR firm which The New York Times notes “has been paid millions for consulting work for Trump’s campaign and whose founder, Mark Serrano, has been a frequent television defender of the president’s.”

For those who haven’t followed this truly unfortunate saga, Palmer and Hartmann cited minor disparities in predominately African American precincts in their original refusal to certify the results. They didn’t seem concerned about similar issues in majority-white areas.

The Trump campaign abruptly withdrew a lawsuit to stop the state from certifying its results on Thursday, claiming that Palmer and Hartmann’s actions counted as mission accomplished.

But that’s not quite right. Because Palmer and Hartmann can’t rescind their certifications. There isn’t a process for that, something Michigan’s Secretary of State, Jocelyn Benson, made clear in a statement through a spokeswoman. “There is no legal mechanism for them to rescind their vote,” she said. “Their job is done and the next step in the process is for the Board of State Canvassers to meet and certify.”

Obviously, this is insane. And also insanely dangerous. In addition to being a flagrant attempt to disenfranchise African Americans, Trump is intervening personally in the certification process.

On Friday, he’ll take it a step further. The idea, as The Times explains in the simplest terms possible, is that “friendly legislatures could under certain scenarios effectively subvert the popular vote and send their own, pro-Trump delegations to the Electoral College.”

For what it’s worth (which one hopes is a lot) Shirkey and Chatfield have explicitly said there is no chance they will move to overrule voters on the way to simply handing the state to Trump on demand. “That’s not going to happen,” Shirkey told Bridge Michigan. “We are going to follow the law and follow the process.”

On November 6, in a tweet, Chatfield appeared unequivocal “And let me be very clear: whoever gets the most votes will win Michigan! Period. End of story. Then we move on,” he said.

It doesn’t sound like it’s going to be quite that simple, though. Not if Trump has anything to say about it, which he will, on Friday, at the White House, during what one assumes will be a high-pressure meeting with Shirkey and Chatfield.

“Michigan law does not include a provision for the Legislature to directly select electors or to award electors to anyone other than the person who received the most votes,” a spokeswoman for Shirkey assured the public.

“It’s about trying to set up the conditions where half of the country believes that there are only two possibilities, either they win or the election was stolen,” Justin Levitt, a constitutional law scholar and professor at Loyola Law School told the AP. “And that’s not a democracy.”

Joshua Douglas, a law professor at the University of Kentucky, warned this week that if Trump were to succeed in his belabored efforts to overrule voters, “it would be the end of democracy as we know it.”

That’s kind of tautological, but it’s duly noted. Indeed, you don’t have to be an expert or a legal scholar to understand that this is now venturing into dark waters.

Trump’s most brazen act yet (assuming the meeting does, in fact, happen) comes just two days after he fired Christopher Krebs, America’s top cybersecurity official, for his role in publicly debunking the myriad false claims the president and his allies have attempted to float about the election. Specifically, Trump was irritated by the joint statement posted by members of the Election Infrastructure Government Coordinating Council Executive Committee, who on November 12 warned voters about “unfounded claims and opportunities for misinformation about the process of our elections.”

Rudy Giuliani, sweating profusely, made a series of such claims during a truly bizarre press conference on Thursday. “You couldn’t possibly believe that the company owning this election machinery was an ally of Hugo Chavez, Nicolas Maduro, and George Soros,” Giuliani said. “This is real. It is not made up. There is no one here who engages in fantasy. I know crimes – I can smell them.” The room must have smelled quite odious. Because there was most assuredly a crime in progress.

Sidney Powell also suggested that Chavez, dead since 2013, might be pulling the strings. “[We’re] uncovering more by the day… the massive influence of communist money through Venezuela, Cuba, and likely China,” Powell said. “The software was created in Venezuela at the direction of Hugo Chavez.”

At one point during the proceedings, Trump’s lawyers described themselves as “an elite strike force team.”

The Washington Post was flabbergasted, calling it “the craziest news conference of the Trump presidency.” An AP fact check of the spectacle refuted virtually every claim made by Powell and Giuliani.

Meanwhile, Steve Mnuchin wants some of his money back from the Fed. And Jerome Powell isn’t inclined to give it to him.

In a letter, Mnuchin told Powell that the Fed should return nearly a half-trillion dollars and end the primary and secondary market credit facilities, the Municipal Liquidity Facility, the Main Street Lending Program and the Term Asset-Backed Securities Loan Facility, as scheduled on December 31. He cited favorable market conditions, including mammoth spread compression in investment grade and high yield credit, as well as improvements in munis and abundant access to financing.

US equity futures were not particularly amused with that request and neither was the Fed, which said it “would prefer that the full suite of emergency facilities established during the coronavirus pandemic continue to serve their important role as a backstop for our still-strained and vulnerable economy.”

Ostensibly, the idea is to give Congress another option when it comes to rushing aid to those who need it most. “That’s why I’m encouraging Congress to reallocate this money,” Mnuchin told Bloomberg, in an interview.

Of course, Congress hasn’t exactly shown a willingness to act expeditiously. So, it seems possible there could be ulterior motives at work. As Bloomberg’s Saleha Mohsin somewhat dryly wrote, “removing some of the emergency programs has the potential to leave the economy more vulnerable as President-elect Joe Biden prepares to take office in January.”

5 comments on “Hugo Chavez Returns, Trump Goes There, And Steve Mnuchin Wants His Money Back”