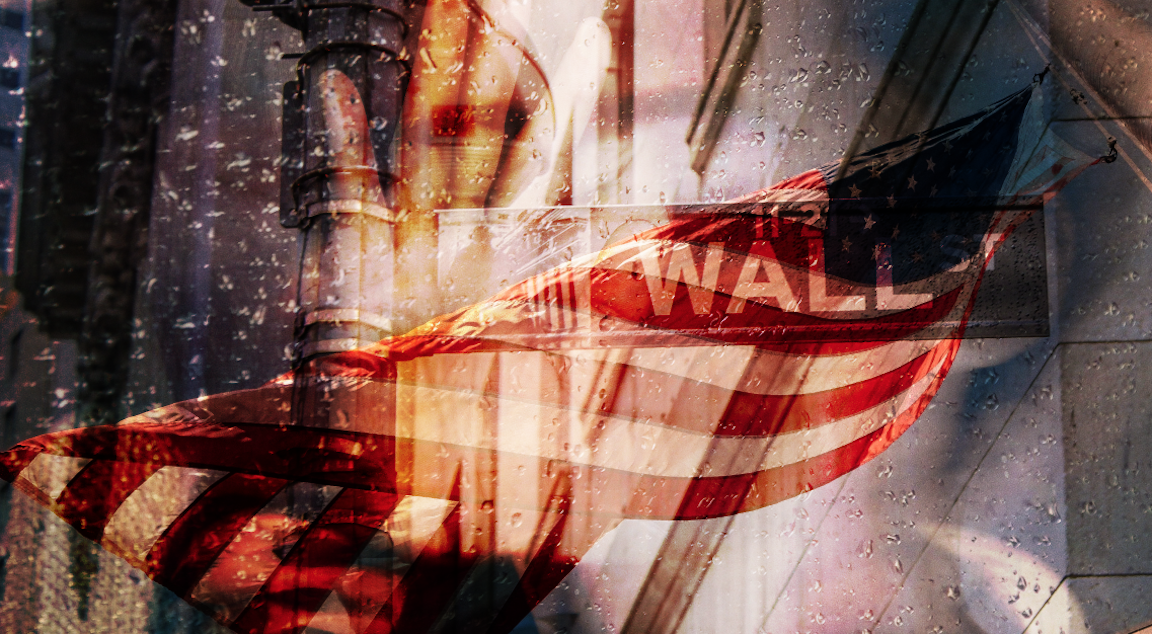 As the market continues to buy into the Democratic sweep narrative, trades associated with a more reflationary macro backdrop are gathering momentum.

This is quite ironic. As discussed here on Thursday evening, the last time we saw the 5s30s this steep was in the immediate aftermath of Donald Trump’s 2016 victory. The Russell 2000’s monthly outperformance versus the Nasdaq 100 is among the largest since November 2016, when similar expectations of fiscal stimulus boosted small-caps.

“The multi-year ‘everything duration’ thematic within Equities performance and consensual positioning [has] wobbled, as perpetual ‘Cyclical Value’ laggards outperformed the near decade-long dominance of ‘Secular Growth’ and ‘Min Vol,’ as it’s the same ‘bond proxy’,” McElligott went on to say.

He also talked a bit about Thursday’s price action, noting that “options were a huge part of the story [as] the owner of [a] lumpy SPX 3425 / 3525 put spread from back on 10/13 and expiring Friday was anticipated to be in the market.” He provided some granular context that fans will appreciate. To wit, from Charlie:

With so much Gamma this close to expiry and sitting right at the bottom strike (with spot ~3430 at the time was like ~$4.7B delta adjusted notional and $2B of Gamma), this meant dealers who were LONG the in-play option (buying $2B per 1% move lower or selling $2B per 1% move higher) were largely keeping S&P future pinned right around 3425 for the majority of the morning and midday—HOWEVER and as expected with this market player (who typically does not hold to expiration)…early in the afternoon, they began offering partial of the position OUT LOUD on the floor (selling at least 3k), which then created large billion-ish dollars of Spooz to buy—and helping S&P close nears highs of the day.

Not for nothin’ but you’re reminded that the extra index liquidity typically available during the final half-hour of trading no longer exists, at least on a simple market depth metric.

In any event, panning back out, McElligott notes that “more people” are starting to come around to the idea that the election outcome will be “much cleaner” than feared. You might recall that Charlie has variously suggested that in the event the result is known quickly and the scope for contestation is limited, the rapid unwinding of hedges as they decay into expiry represents a “right-tail risk” that could “slingshot” stocks higher, even as it would compete in a Biden win with cash selling associated with presumed de-rating tied to expected corporate tax hikes.

Discussing that scenario (the “slingshot” dynamic) on Friday, Charlie said “a lot of folks [are] pushing these VIX 1×2 Put Spreads trading in the market, looking to put this on as their ‘short vol’ trade expression to capture a [year-end] melt-up.”

Meanwhile, thanks to the relatively quick recovery and “calm-down” (if you will) from September’s tech-inspired mini-correction, one-month realized has now retreated, which has implications for the vol-control universe. When one-month leapfrogged three-month, it set up potential problems, as the “background,” mechanical bid from vol-control risked becoming a drag (i.e., de-leveraging). Here’s where things stand now:

“Now, we see 3-month realized as the new trigger input as it is the max of the two lookback windows,” McElligott remarked Friday, noting that “this has meant a recent blast of BUYING per the VC model over five of the past six sessions… helping stabilize [the] market against headline shock potential.”

So, what’s the takeaway on Friday? Well, simple: With consensus now coalescing around i) a Democratic sweep, ii) the read-through of that outcome for fiscal stimulus, and iii) the prospect of a “clean” election that delivers a winner relatively quickly, it may be time to be a bit cautious at the margins.

Remember, the Senate matters. If Biden prevails but the Senate doesn’t flip, then getting a large stimulus deal through Congress will remain a kind of Sisyphean task for House Democrats and The White House, akin to what we’ve seen over the past two weeks as Nancy Pelosi, Steve Mnuchin, and Trump roll the stone up the hill only for Mitch McConnell to say something that effectively rolls it back down.

“This is why flattening expressions need to be looked at as hedges,” McElligott said. “Because everybody is set-up for the bear-steepening / pro-cyclical fiscal stimulus + deficit spend + infrastructure + vaccine RECOVERY trade.”