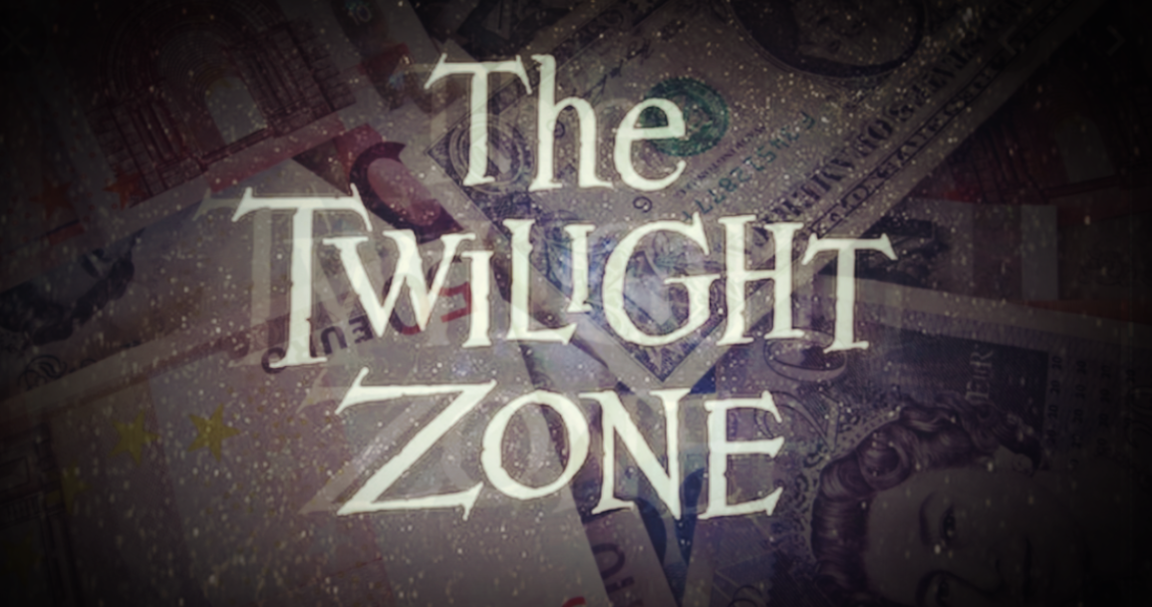 Nothing gets the crowd going quite like negative rates.

“Perversion” is a term that invariably gets bandied about whenever this or that person endeavors to riff on the subject.

It’s not enough to call negative rates “counterintuitive” — that’s far too tame. We have to inject an element of the taboo in order to make a point about just how sickened we are by the prospect of paying someone for the “privilege” of loaning them money.

More often than not, this discussion is couched in totally hyperbolic terms and leans on nebulous emotional appeals to generic savers — someone’s grandmother was forced to work in a coal mine until she finally bit the (literal) dust at 96, because she wasn’t able to earn enough on her life savings to retire comfortably.

If only nana’s CDs and money market funds yielded 4%, she wouldn’t have been forced to live out her final years swinging an axe in the subterranean hollows of West Virginia.

I jest. But only a little. Negative rates are a topic that serves as endless headline fodder for financial media outlets. This discussion also helps prop up the (dollar-denominated) bank accounts of online pundits and propagandists peddling populism, championing Bitcoin, and talking up the merits of holding physical gold in your basement. The more references to unnamed, beleaguered senior citizens with savings accounts yielding nothing the “better.”

I try to avoid trafficking in that kind of content whenever possible — that’s not why people are here. But one phenomenon I do find compelling for the almost philosophical nature of the questions it raises is the prevalence of negative-yielding corporate debt.

Obviously, this is a subject I’ve broached on any number of occasions, but I thought the following chart sent around Wednesday by Deutsche Bank’s Jim Reid was worth highlighting.

“Over 35% of all global government debt and 25% of total global debt now has a negative yield and is edging closer back to the record highs seen towards the end of August last year,” Reid wrote. In August of 2019, you’ll recall, the global stock of negative-yielding debt hit ~$17 trillion amid a furious bond rally catalyzed by growth concerns around escalating trade tensions and, stateside, the pile-on effect from convexity flows.

But the light-purple line in the figure (above) is far more notable (or at least more interesting). As Reid goes on to say, “negative yielding corporate debt (currently around $1.1 trillion) is getting back close to its all-time highs again as a % of outstanding after being at zero as spreads aggressively widened just after the pandemic hit.”

He calls that “remarkable, given the savage recession.”

Indeed it is remarkable. Consider what it means. Despite some understandably bleak assessments of the operating environment for corporations in the post-COVID world, some companies are able to borrow at negative rates. In the middle of a deep recession.

This too is reminiscent of last August, when, in Europe, entire corporate curves went negative.

Consider what that means: Conceptually, those companies can mint “assets.” At one point last year, some “high”-yield debt sported negative-yields, a state of affairs dubbed an “unfortunate oxymoron,” by one bank. The chart below is from summer 2019.

Central banks have obviously kept the doors open for corporate issuance in 2020, while driving risk-free rates into the floor (in locales where they weren’t already there) thereby creating demand for corporate credit, which in turn pushed down yields.

Howard Marks weighed in on this last October, and his comments (posed as questions) are perhaps even more germane now given the explosion of corporate leverage associated with the pandemic.

“How will the markets value businesses that hold cash versus those that are deep in debt?,” Howard wondered, noting that “traditionally, markets have penalized heavily levered companies and rewarded those that are cash-rich.”

But how does that change when negative rates effectively convert liabilities into assets? “If having negative-yield debt outstanding becomes a source of income, will levered companies be considered more creditworthy?,” Marks went on to ask.

For his part, Deutsche’s Reid notes that “these high global numbers [for negative-yielding debt] are more remarkable due to the fact that the huge US debt market remains in positive yield territory across the curve”.

“If this ever goes negative, then these numbers will get a huge boost,” Reid went on to say.

13 comments on “Back To The Twilight Zone: Companies Get Paid To Borrow During Pandemic”