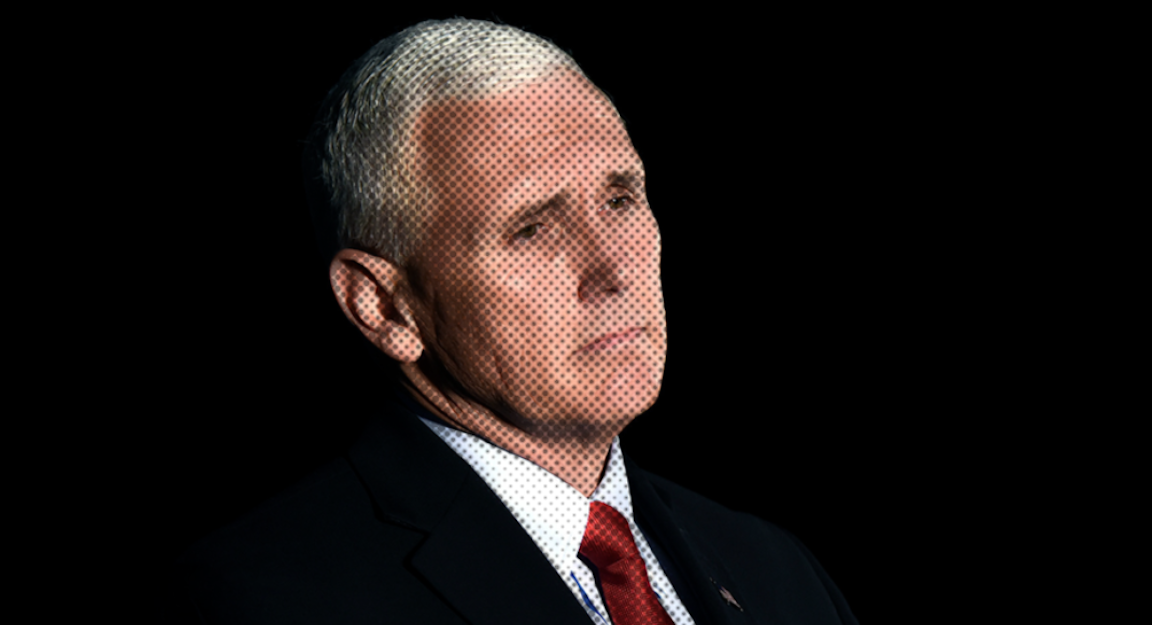 It says quite a bit about the average intelligence of the American voter when netizens were, in some cases anyway, more interested in the fly which rested comfortably atop Mike Pence’s coiffed, white hair during Wednesday evening’s vice presidential debate, than they were in the debate itself.

To be sure, “The Fly” (which was capitalized, movie title style, as a trending topic) surely has an interesting backstory of its own. How did it get there? Why Pence? Where did it go after leaving his head? What does it think about COVID-19? Was it tested before entering the building? Is it now positive for the virus after two minutes of close, personal contact with the vice president, who’s been exposed to countless infected US officials and administration staffers this month? What does it think about social injustice? And so on. The fly would like its two minutes to respond, if you please.

And yet, I can’t help but feel like every minute spent watching the same clip of a fly landing on a candidate’s head is a minute wasted. Which is why so many Americans delighted in the exercise. This is a society that revels in distractions. Flies alighted on political candidates are like catnip to a public that, on any other evening, would be mindlessly scrolling through their high school classmates’ social media pages giggling vacuously at cats chasing laser pointers up a wall.

Not that there was much worth analyzing from the debate itself. Pence was cordial enough. By comparison to his boss, he was a model statesman. But there’s an inherent shamelessness that goes along with participating in this administration. If you’re still around, you’re complicit. And that long ago passed the threshold into unforgivable territory. Jim Mattis knew it. So did John Kelly. So did countless others who resigned over the past three years.

As usual, it was hard to sort out whether Pence actually believes the narrative or whether he was just duty-bound to parrot talking points. His economic propaganda is especially irritating. Unlike Larry Kudlow’s cartoonish delivery, Pence’s tales of an economic renaissance are delivered with a straight-faced reverence for Trump that gives them an air of credibility with vulnerable voters.

Trump’s economy had its bright spots (had, past tense), just like most presidents have achievements worth touting. But Pence’s ostensibly earnest story about Trump reviving an economy on life support is nonsense on almost all headline measures. GDP was similar, for example (figure below).

As for the labor market, there were more jobs created, on average, during the last several years of the Obama administration than there were during Trump’s first term in office (figure below).

Even Jeff Gundlach marvels at the sheer audacity of Trump’s labor market claims. They simply weren’t true prior to the pandemic. Now (i.e., post-pandemic), they are irrelevant.

Again, it is obviously the case that one can make a list of economic achievements worth mentioning for Trump and Pence. But that is hardly unique to this administration. All administrations manage to get some things right at some point, if not by design then by sheer happenstance.

Kamala Harris derided Trump’s tax cuts as a handout to the rich and to corporations. Which they were. Everyone knows that. Or, actually, everyone doesn’t know that. And that’s the problem.

It’s hardly surprising (although it is disheartening) that the American electorate is disinterested in numbers and immune to facts. Again, most voters aren’t very smart. But the unwillingness of the president’s base (which, in many cases, consists of lower- and middle-income households) to look in the mirror (either figuratively or literally) and ask themselves if their plight has actually improved over the past three years, is astounding.

The Trump tax cuts were designed to benefit the rich and corporations. All of the numbers and analyses (many of which were conducted by nonpartisan groups) were released prior to the passage of the tax overhaul. Those analyses (see here, here, and here for example) showed the breakdown. The effect of the tax cuts was known ahead of time. All Americans had to do to discover where the benefits would accrue was spend 15 minutes perusing a few simple bar charts.

Time after time since then, the administration has promised middle-class tax breaks. That itself is an admission of guilt. If the original tax cuts were meant to help the middle-class, then why would you spend the subsequent two years pledging to “do something” (and Trump has actually used that nebulous phrase on too many occasions to count) for the middle-class?

The notion that Trump was ever going to fight for working Americans has a solid claim on a spot in the top-five most outlandish promises ever made by a politician. Of course, all of Trump’s promises have a claim on those five spots, so maybe that isn’t saying very much.

Pence is shameless, so there was no chance he was going to tell the truth. But at least he feigned respect for Harris and went out of his way to praise her and Joe Biden for their years of public service. He was, at the least, civil.

But, again, it’s increasingly difficult to stomach the lies, especially when it comes to the economy. Pence invoked the Alexandria Ocasio-Cortez bogeyman at least once on Wednesday evening, in a bid to scare Americans into voting against their own self-interests. As though the average American has more in common with Trump than with Ocasio-Cortez.

The Trump administration and the GOP presided over a supply-side economic regime that pushed the nation deeper into debt (assuming you believe the national debt matters), exploded the deficit (assuming you think that matters), and delivered a windfall to corporations and the wealthy. Period.

And for what? To generate GDP gains that were roughly on par with those seen during the Obama years. And to deliver average monthly jobs gains that were in fact less than Obama delivered during his final term. Now, after the pandemic, Trump is presiding over a deep recession that has exacerbated the same inequality made worse by his tax policies.

Yet, Pence traffics in ghost stories about socialism, with Ocasio-Cortez as the familiar haunt. Ocasio-Cortez is a person America should fear? Really? A young bartender who beat the odds to become a congresswoman? That’s the enemy now?

By the way, in a video message posted to Twitter before the debate, Trump said he wants COVID-19 therapeutics available to everyone in America. Is that not “socialized medicine”? If it is, then how does that line up with the GOP narrative that socialized medicine is undesirable?

In a testament to the palpable sense of angst among those who stand to “lose” under a more redistributive, fair tax regime that aims to reduce inequality and generally decrease the class-based animosity currently worsening the societal divides that have torn the country apart over the past three years, billionaire Cliff Asness took time out of what should be a busy schedule Wednesday to ban me from his social media account.

My offense? An honestly polite, seven-word exhortation that he not tacitly equate Democrats with Nicolás Maduro. “Come on Cliff, you’re better than that”, I suggested.

Apparently I was wrong.

20 comments on “The Fly, The Lie, And The Terrified Billionaires”