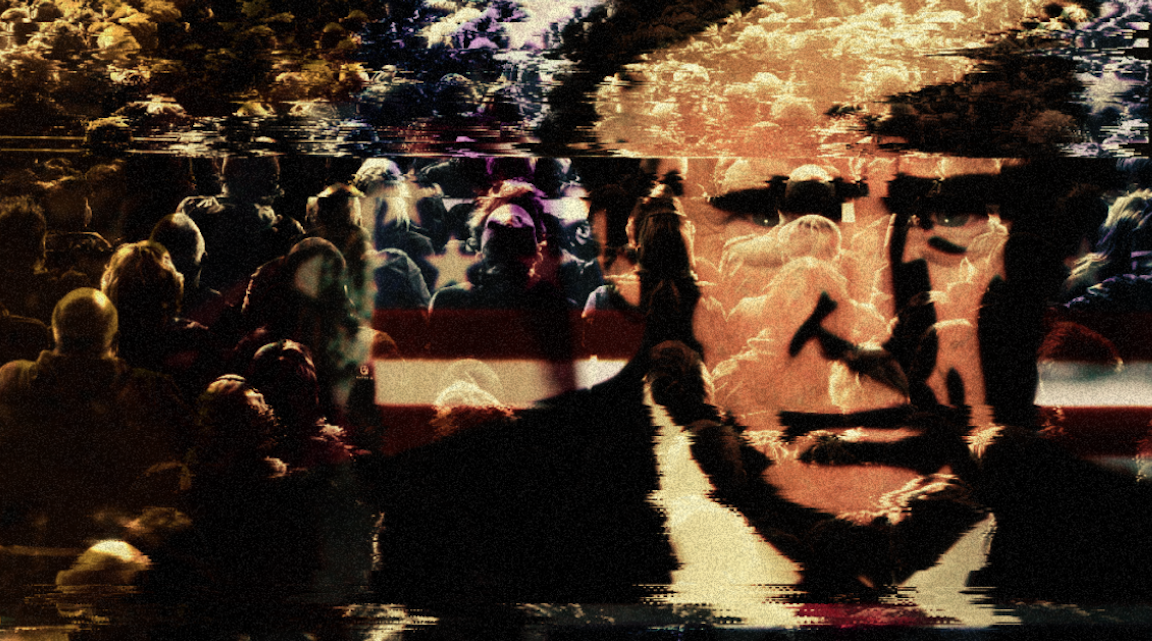 Headlines for stories documenting the first presidential debate read like lamentations for a country that’s lost its way.

The spectacle Americans were subjected to on Tuesday evening when Donald Trump, Joe Biden, and a bemused Chris Wallace spent the better part of 90 minutes shouting at each other on national television, served as yet another testament to how far America has regressed in just a few short years.

History buffs often contrast the eloquence with which political rivals once addressed each other in America (even when they were on the verge of engaging in pistol duels) with the pitiable state of public discourse in the 21st century.

Although Barack Obama’s oratorical gifts served as a reminder that US politicians need not degrade themselves (or the country) to get their point across, Trump has made petty insults delivered in broken English with the cadence of a fifth grader the national language. It’s not possible to “go high”, as Michelle Obama once said. Taking the high road with Trump just means you get run over.

As ever, it’s hard to know how much of the president’s balderdash to take seriously, and how much was just Trump “being Trump”, as his more rational supporters like to say.

That speaks to what is, perhaps, the most important question headed into November: Who is Donald Trump these days?

It’s not clear that even he knows the answer.

In 2015, Trump was a floundering D-lister whose relevance was on the wane. He had always entertained the idea of running for president, but you could take “entertained” quite literally. That is, the notion of President Donald Trump was just something he’d float, seemingly to amuse both himself and a US public that’s fascinated with wealth and celebrities — the tackier the better.

Fast forward to 2020 and Trump has fallen for his own schtick. He believes his own narrative.

Who can blame him? After all, that narrative is increasingly true. He is president. With each passing month, there are signs he’s consolidating almost authoritarian-like power, even as he slips in the polls. And why should he care about polls? They were wrong in 2016 and besides, an authoritarian doesn’t worry about polls by definition.

Trump’s remarks about the “Proud Boys” on Tuesday may well have been just another “good people on both sides” moment — just Trump pandering to his base. But it’s hard to tell these days.

Poignantly: How real does one man’s autocratic fantasy have to become before he’s no longer insane to believe it?

With that, I’ll leave you with a quick commentary posted Wednesday by Notes From Disgraceland’s Bjarne Knausgard.

The pinnacle of human evolution, the ultimate manifestation of civility, is the human ability to engage in a dialogue, to listen to and respond to the others. The structuralist deconstruction of mental illness consists of unwind of the evolutionary process. Mental illness is evolution in reverse.

During its course, unwinding starts from the top by shutting down the ability to engage in a dialogue — the cacophony caused by the “voices” takes over; one is in constant dissensus with oneself, which incapacitates their ability to listen and respond. The regressive unwind proceeds step by step by shutting down other social and biological skills. Different mental illnesses differ by the terminal points at which the unwind stops.

Social changes that stem from cultural division follow closely the pattern of a mental illness. They start with political cacophony and degradation of the public discourse: There’s no more dialogue, just simultaneous monologues. The underlying social erosion is reflected in the level of destruction of democratic institutions and devastation of traditional forms of civility.

Potential for barbarism is growing and bestialization of man is on the increase. The madness is set free. The society operates with a sanity deficit. Everybody is crazy.

4 comments on “Who Is Donald Trump? Even He May Not Know Anymore”