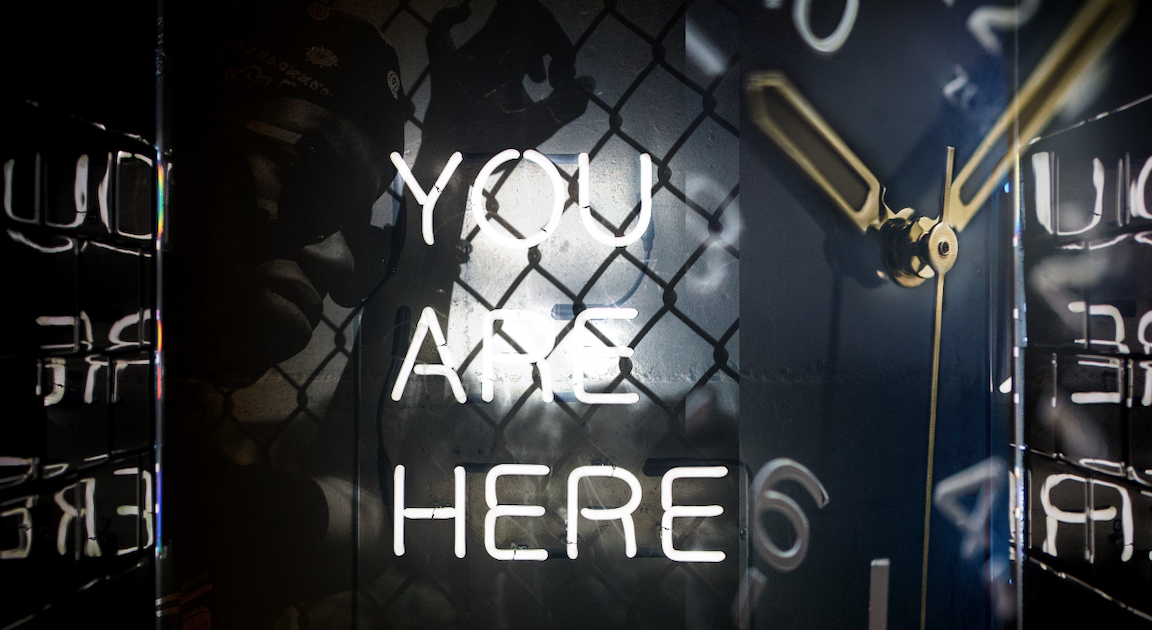 All’s well that ends with the Nasdaq posting its first weekly gain in four, I suppose.

But not really. There wasn’t much that was “good” about this week. Equities were whipsawed, the US mourned the loss of Ruth Bader Ginsburg, the UN’s 75th anniversary was ruined by the pandemic (which turned the proceedings into a “stilted and contrived” virtual affair), and, of course, Donald Trump refused to commit to a peaceful transfer of power, effectively validating Michael Cohen’s dire prediction delivered during congressional testimony in February of 2019.

Big-cap tech’s Friday rally saved the week for the Nasdaq 100, which posted a 2% gain despite a Wednesday swoon of more than 3%. Out of 18 sessions, the benchmark has moved 1% or more in 15 of them this month.

The problem is that tech is “defensive” now. So, when it outperforms, that’s indicative of at least some underlying investor angst.

The risk-off mood was also evident in the bid for the dollar, which had its best week since early April. Gold, in turn, cratered, as the greenback attempted to reassert itself.

Treasurys were characteristically sleepy. 10-year yields ended the week at 66bps. The five-day range was narrow indeed. “Given the accumulation of risks and severity of the crisis with the existing policy response in place, without further information the market is unlikely to commit in either direction”, Deutsche Bank’s Aleksandar Kocic said. “Rather, we could see a slow grind towards bull flattening of the long end with some risk-off overtones, but not major volatility-inspiring action” until November.

“Definitely having more clients looking to find ways to express some structural (definitely not tactical, lol) ‘Blue Sweep’ long-term trades / hedges, under the view (or really, risk) that non-gridlocked Democratic policy could unshackle unprecedented deficit spending and fiscal stimulus on a multi-year horizon”, Nomura’s Charlie McElligott remarked, speaking to the possibility that if we manage to make it through the election without a catastrophe, and Democrats take the Senate and the Oval Office, demand-side stimulus and a more redistributive tax regime could usher in a reflationary macro backdrop.

That “could ultimately untether growth and even lead to ‘reflation’, allowing [the] Fed to move back towards a more symmetric place which — gasp — could eventually see yields move higher in the future”, Charlie went on to say.

Those are crucial points. If you want monetary policy normalization and the end of financial repression, I would argue that there’s only one way to get there at this juncture — and it’s not through any supply-side “solutions”.

What A Blue Wave Means For The Fed, According To Goldman

Oil posted a loss for the week which is hardly surprising given fresh concerns about the virus (especially in Europe) and expectations of more supply from Libya.

“News flow on rising COVID infection rates, a stronger US dollar, and the prospect of Libyan exports restarting are likely to pressure crude next week”, AxiCorp’s Stephen Innes wrote in a Friday note.

The bottom line for oil is fairly straightforward. It’s hard to see a scenario in the near-term where travel gets back to pre-pandemic levels and even with a vaccine in the pipeline (several of them, actually), there are very real concerns that we’re simply not in Kansas anymore, to quote Judy Garland. That “normal” as we knew it prior to February, isn’t coming back.

Recall that BP this month suggested crude is facing an existential crisis. In its latest energy outlook, the company proclaimed the end of oil demand growth, a somewhat profound assessment coming from an energy giant.

“The demand for liquid fuels in [two of our scenarios] never fully recovers from the fall caused by ‎COVID-19, implying that oil demand peaked in 2019”, BP said in the report, which received a fair amount of press.

Of course, the oil market isn’t the only thing that’s facing an existential crisis.

Speaking to America’s upcoming trial by electoral fire, Stuart Kaiser, head of derivatives research at UBS, underscored the notion that some things just can’t be hedged.

“The election outcome itself, once you know it, that would have meaningful but not an oversize impact on the market”, Bloomberg quotes Kaiser as saying. “But the prospect of it becoming a complete mess is another element that people don’t really know how to price”.