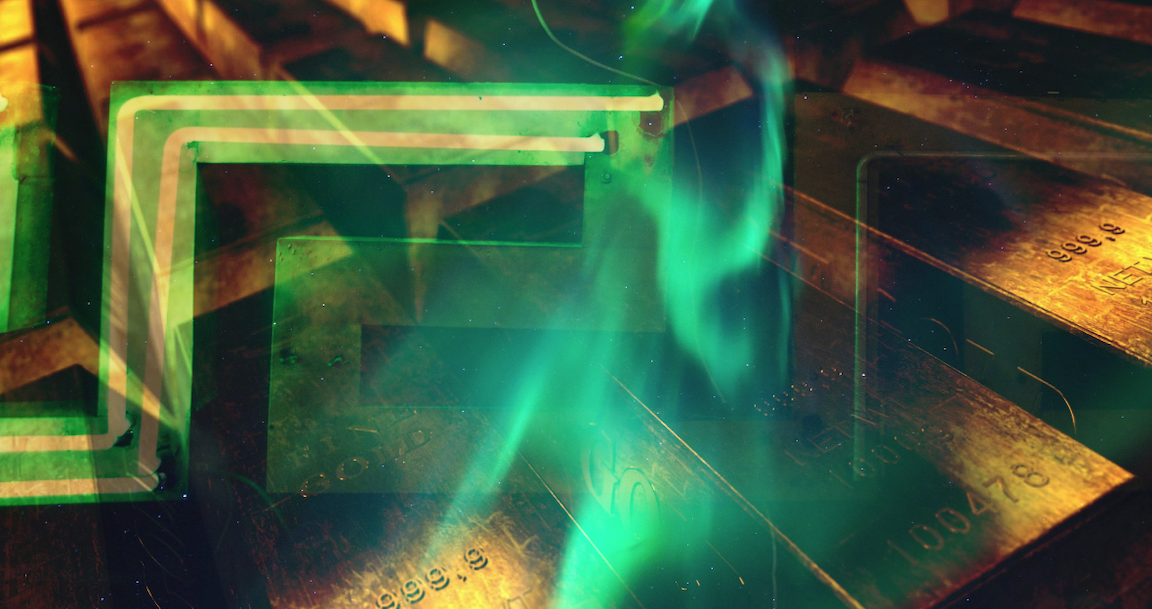 Late last week, US real yields rose the most since June, snapping an eight-day decline.

As discussed at length over the weekend in “The Bond Market Just Sent Out A Warning. Was Anyone Listening?“, the move contributed to a reversal in a variety of other recent trends. Just as falling real yields are a powerful fundamental driver behind a variety of cross-asset trades, higher reals too have “consequences”, as it were.

One such consequence was a lurch higher in the beleaguered dollar and a rare selloff in gold which, prior to Friday, had only fallen one time in the 15 sessions since pushing through $1,800.

Well, as it turns out, investors pulled the most from State Street’s popular SPDR Gold Shares ETF in nearly five months on Friday.

The fund — which racked up so many weekly inflows from late March to early July that I stopped counting — shed $382 million on the last day of the week.

That’s not much in the grand scheme of things, but it is the largest outflow since March, which is notable.

You’ll recall that in mid-March, real yields surged, turbocharging the dollar, as breakevens collapsed alongside growth expectations and investors liquidated everything that wasn’t tied down to raise USD cash.

Gold was not spared during that episode. Indeed, it was indiscriminately dumped to meet margin calls in other assets. The surge in US real yields undercut the case for bullion further.

Make no mistake, the stars have indeed aligned for gold. In the current environment (characterized as it is by rampant debasement fears and persistent geopolitical worries) the yellow metal may be, like Superman, mostly bulletproof.

But kryptonite does exist. And despite the Fed’s best efforts to ensure it doesn’t escape into markets, it can make fleeting cameos no matter how determined Jerome Powell might be.