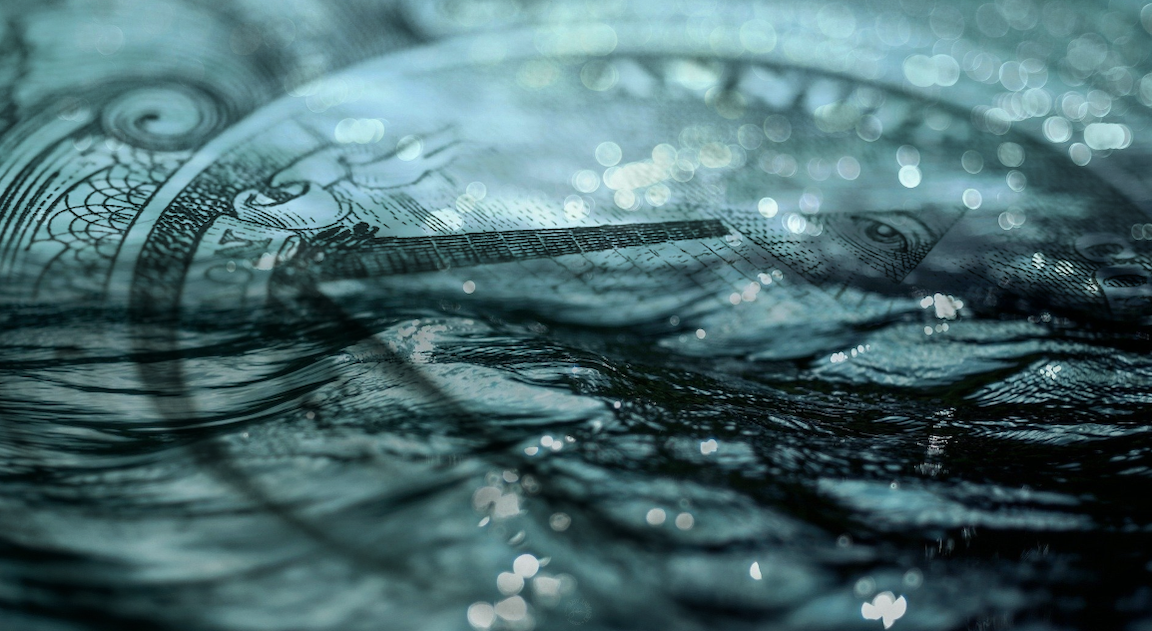 Same story, different day was the mantra for the dollar and gold — or at least that’s the way things were shaping up in true “objects in motion” fashion, as the US appears destined to spend an additional $1 trillion+ to help shore up the economy and steer the bus away from the (fiscal) cliff.

The greenback is moving below support, and it’s oversold, but the latter is probably irrelevant right now.

The good news is, a weaker dollar is a positive development for risk sentiment and there’s a sense in the market that the USD’s trials and tribulations may help blunt a daunting August seasonal for equities.

The steadily weakening dollar is also a boon for the reflation narrative, which will take any help it can get, laboring as it is under the weight of the pandemic. It’s not a coincidence that oil is at a five-month high.

“WTI is now above its 200-DMA for the first time since January as an expression of its momentum [while] the 8.6mm barrel drop in US crude inventories last week per API continues the rehab story for this growth- and inflation- proxy”, Nomura’s Charlie McElligott wrote Wednesday.

Crude got a further adrenaline shot from the catastrophe in Beirut (officially an “accident”) as well as what looks set to be another large inventory draw stateside (which, if confirmed, would mark the third weekly stockpile decline in four). Brent hit the highest since March 6.

This just “feeds the beast”, as it were, to the extent it pushes breakevens higher, pressuring real yields which, in turn, undercuts the dollar and juices gold.

“There was some decent acceleration higher on [gold’s break through $2,000], with a significant low in US 10-year yields”, AxiCorp’s Stephen Innes remarked, adding that,

Momentum is strong, likely coupled with some short covering, in-line with the pop in crude prices on the news of the explosion in Beirut. The latest rise in US-China tensions that brings the phase one trade deal into question adds to an extensive laundry list of concerns that are sending investors toward safe-haven assets, and gold seems to be top of that list. The principle drivers remain the same: a record pace of ETF inflows, the weak USD, and negative real yields.

Still, there’s plenty of skepticism about the sustainability of gold’s rally and also around the durability of any further gains in crude, given the still dour prospects for demand in a virus-blighted global economy.

Remember, there’s an “eye of the beholder” dynamic in plunging real yields. On one hand, it looks like “success” for the Fed, as deeply negative real rates push investors into riskier assets, while higher breakevens ostensibly suggest faith in the recovery isn’t totally lost. On the other hand, many observers are not convinced that 10-year US reals at -1% (and below) are saying anything “good” at all.

“DXY and BBDXY are near fresh 27-month lows, as the Fed’s ‘lower forever’ forward guidance turns USD into a carry-funding currency and could further boost commodities inflation off the worst of the COVID-19 and crude price war ‘growth shock'”, Nomura’s McElligott went on to say.

Perhaps labor market data in the US can shake things up. Or perhaps it will just reinforce the momentum/trend.