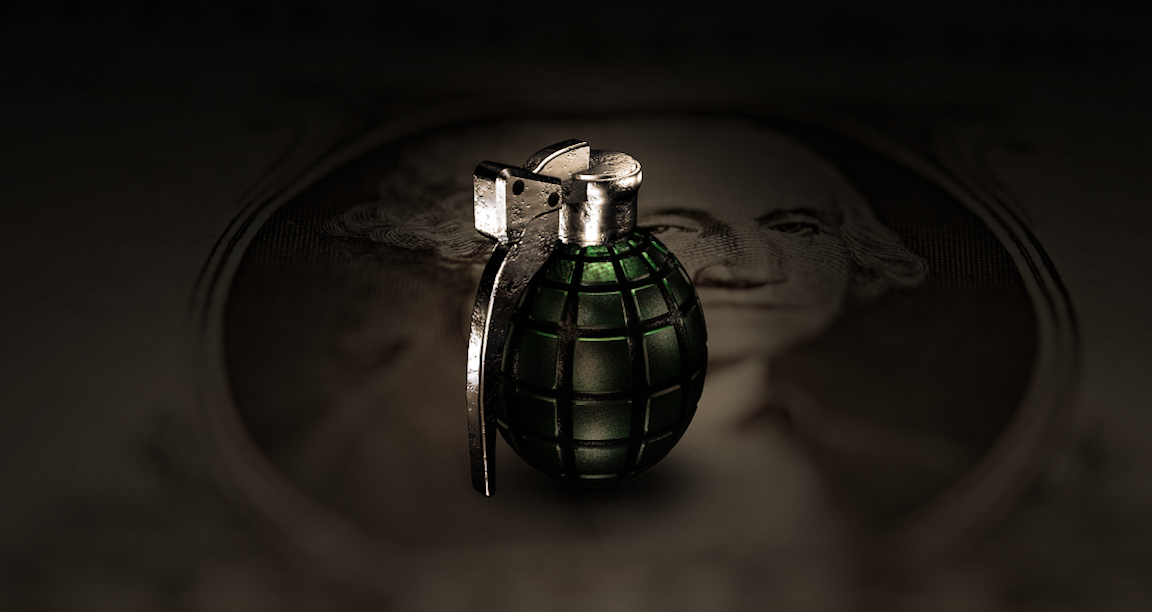 What if the path to a vaccine is longer than expected?

What if all the posturing and rhetoric between Washington and Beijing finally produces an “accident” with geopolitical and/or market ramifications simply too large to ignore?

What if the US election does, as some fear, go awry, leaving the country in literal leadership limbo, as opposed to the figurative state of D.C. dereliction that persists currently?

Well, it’s entirely possible that the US dollar and Treasurys would catch a serious bid in any of the above scenarios. This underscores the paradox of the greenback and US debt — they are the only real safe-havens when push comes to absolute shove, which is why one of the main beneficiaries in the event of a US downgrade (for example) would likely be the very same obligations being downgraded.

I’ve spent quite a bit of time recently suggesting that America’s failure to get control of COVID-19 is precipitating dollar weakness by raising the odds of the US trailing the rest of the world on the path to economic recovery, thereby ensuring that fiscal and monetary largesse continue apace to the presumed detriment of the currency.

That’s what unfolded in July, when the dollar fell the most in a decade, as US real yields dropped and US COVID cases multiplied like wet Mogwai.

Given recent events, you’d be tempted to suggest that failure on the vaccine front (or, more likely, just delays in the vaccine timeline) would contribute to more dollar weakness given America’s fragmented approach to dealing with the spread of the infection.

Not so, says BofA’s David Woo, who, in a Monday note, cautioned that if a vaccine isn’t “available sooner rather than later… liquidity support from central banks will not be enough to shore up financial markets”. In that scenario, a risk-off trade could develop to the benefit of  — you guessed it — the greenback.

Note that last week saw 10-year US yields drifting down to the low-end of the range, as a somewhat subtle, “hush, hush” safe-haven bid developed under cover of rising stocks. Market participants were concerned when jobless claims rose a second consecutive week.

While the dollar’s losses began to mount in earnest when it became clear that claims weren’t inclined to keep falling (figure below), the greenback rose on Friday (into month-end) and stabilized this week, perhaps suggesting that should the outlook take a dramatic turn for the worse, the fact that the locus of concern is the US economy could take a backseat to the no-questions-asked appeal of both US Treasurys and the dollar as havens.

“With US 10-year yields up only a few basis points from their year-to-date closing low, it’s worth wondering if one of the ‘kings’ of recent trades, long bond duration, is really over or not”, Rabobank’s Michael Every said on Tuesday.

He elaborated, noting that PMIs over 50 are obviously not the best indicator of economic dynamism at the current juncture given how the gauges are constructed. More important is that the global economy is down YoY on most metrics.

Referencing the UK’s “Eat Out To Help Out” initiative, Every says “you can give people 50% off the price of a burger to eat one, and they will go and do so, but… ask them to pay full-price to risk illness and the restaurants and cafes will likely be empty again”.

That, he remarks, is “a pretty deflationary backdrop”, which in turn suggests that the duration trade in rates is “at least one king [that’s] not dead”.

As for “King Dollar”, Every writes that “staying on thrones usually involves battle of some kind at some point”, and while so far, there’s been no shooting, the dollar and the US financial system have, in fact, been weaponized, with the increasingly absurd battle for TikTok being the latest example. (Now Apple is interested, apparently.)

While I’ve variously suggested that, over the longer-term, that kind of weaponization (in the case of TikTok, you can almost call it extortion) will accelerate the de-dollarization trend as the rest of the world realizes that although USD hegemony can foster stability in “normal” times, it can be extremely destabilizing under exigent circumstances, in the short-term, it could just mean a safe-haven bid.

“There is more of this to come. Much more”, Rabobank’s Every went on to say, in the same Tuesday note. “So ‘tick-tock’ more like. Which suggests long USD and long duration is still a king of trades”.