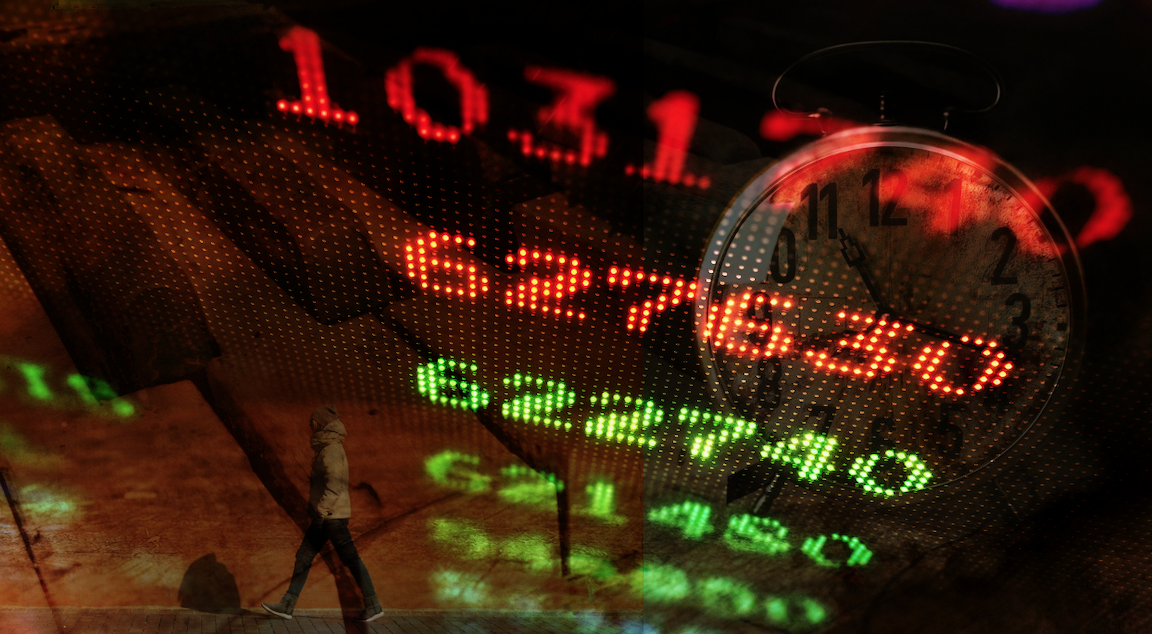 Markets could have done without Donald Trump falsely declaring victory while simultaneously deriding the US election as a “major fraud” during an early Wednesday press conference.

Equities and rates were having a difficult enough time attempting to sort out the implications from the hodgepodge of Senate races which, when taken together, suggested the path to an outright “blue sweep” was narrow, despite victories for Mark Kelly and John Hickenlooper.

Trump’s remarks, while carrying no weight, nevertheless underscored the risk of a protracted dispute over the keys to the Oval Office, and that has the potential to add to any bull flattening impulse engendered by expectations of less stimulus under a GOP-controlled Senate. 10-year yields dove to 0.76% at one point.

“Early prospects for a quick resolution to the US election have given way to the reality of an extended process, not only with regards to the White House but also the Senate,” BMO’s Ian Lyngen said, flagging the swings in yields. “This volatile price action can only be expected to persist for the time being, at least until the path forward becomes clearer,” he added.

“[The] base case again looks like a tilt towards a Biden White House with [a] probable Republican Senate,” Nomura’s Charlie McElligott wrote, in an early morning note. That prospect, he remarked, is “why we’re seeing the weakness in what had been increasingly crowded stimulus- and government spending- linked reflation trades fizzling-out [with] duration rallying [and] curves bull-flattening powerfully.”

At the same time, Russell 2000 futs woefully underperformed, while Nasdaq futs held up nicely, in another indication that the market is poised to fade the pro-cyclical trade which was part and parcel of the “blue sweep” narrative.

“As far as this increasingly likely ‘split’ outcome goes, the ‘blue wave’ expressions are again at risk of being unwound in the market, on yet another ‘false dawn’ of a reflationary policy catalyst,” McElligott went on to say.

Remember, pro-cyclical rotations have a way of being everywhere and always “nascent” and “burgeoning” — never “sustained.” Something always seems to short-circuit the trade, leading to renewed underperformance for perennial laggards (e.g., Value, small-caps, etc.).

Gridlock isn’t the worst thing in the world historically for equities, and there’s a sense in which “gridlock” is synonymous with “status quo” inside the Beltway. But the problem right now is that the economy really needs more stimulus and, over the longer-term, central banks need a sustained fiscal impulse in order to avert a replay of the post-GFC experience, when monetary policy was asked to save the world all by itself, thereby precipitating stranger and stranger experiments in negative rates, risk asset purchases, and so on.

“Given the lack of clarity, expect to see more volatility in FX into Friday,” ING said. “This very close outcome brings back the risk of a contested election or one – like that seen in 2000 – which could be decided by the courts.”

Indeed, Donald Trump appeared to presage (even promise) just that in his characteristically controversial statement at The White House. The Biden campaign called the president’s victory declaration “unprecedented.”

“Election day storm clouds gather and looks don’t deceive as this is 100% risk-negative, and everything feels too high,” AxiCorp’s Stephen Innes cautioned, adding that “this is setting up a very messy scenario [that is] clearly risk-negative and dollar-positive to me, at least in the short term.”

0 comments on “‘Very Messy’: Analysts Weigh In On Fraught US Election”