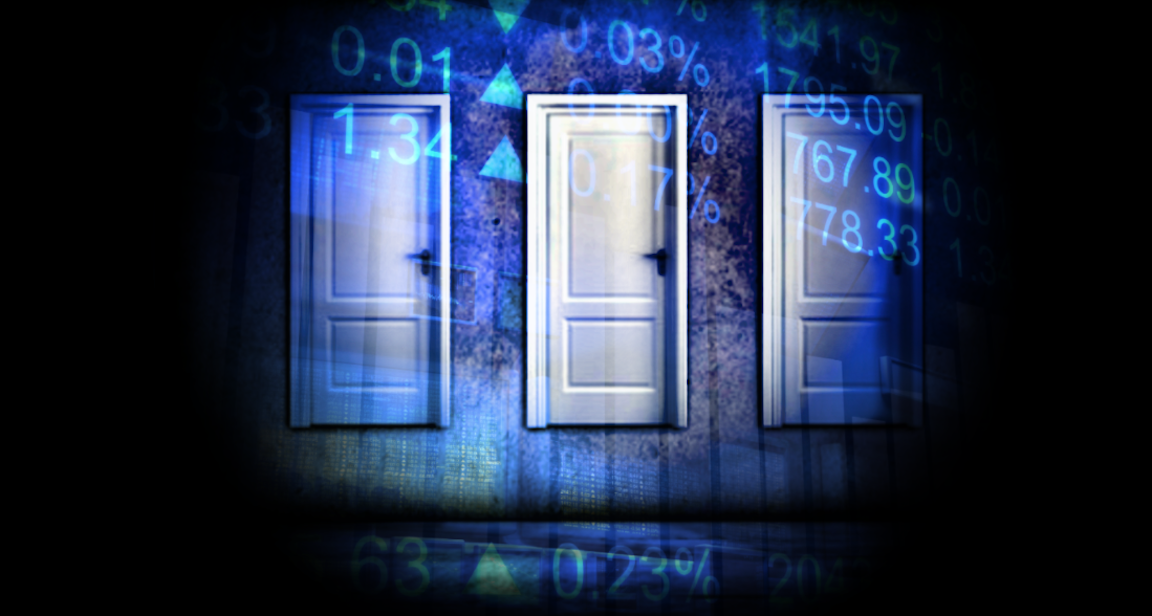 During the second (and, mercifully, the last) US presidential debate, Donald Trump delivered a characteristically apocalyptic prediction for what fate would befall the US economy in the event voters decide to cancel “Celebrity Apprentice: Oval Office” after ratings plunged during the fourth season.

“If he gets in, you will have a depression the likes of which you’ve never seen,” the president said of Biden. “Your 401(k)’s will go to hell and it’ll be a very, very sad day for this country.”

Not to put too fine a point on it, but headed into the election, the US was already in “a depression the likes of which you’ve never seen.” In the history of modern economic statistics, there has never been a worse quarter for the US economy than the second quarter of 2020. Never.

Of course, as the figure shows, the economy will rebound strongly to post its best quarter on record when the BEA reports the first read on third quarter GDP next week.

It’s important to be fair, but it’s also important to be realistic. Contrary to what you might be inclined to believe based on the state of mainstream media in America, it is possible to do both.

The “fair” part entails simply acknowledging that while some kind of mechanical bounce in Q3 was a foregone conclusion, it could have been less robust than it’s likely to be. Some of that robustness is attributable to Donald Trump’s aggressive approach to reopening the economy and Steve Mnuchin’s (successful) efforts to convince Republicans earlier this year that failing to spend trillions to support households and businesses chanced an outright economic catastrophe.

The “realistic” part involves two things. First, we need to reiterate that a mechanical bounce was inevitable, and that there is no world in which it makes sense for the administration to brag about presiding over a “record” quarter for economic growth. Just as Mike Pence’s claim to have “created” millions of jobs in May, June, and July was the worst kind of economic propaganda, so too will it be absurd for the administration to implicitly claim that the economy has “never been better” based on the Q3 numbers (and you can be sure Trump will make such a claim next week). Second, it is eminently possible that engineering a 30% (SAAR) bounce cost American lives by facilitating the spread of the virus (figure below).

What about the future? Does Joe Biden’s economic agenda really portend a “depression,” as Trump claimed in Nashville on Thursday?

In fact, as Biden was keen to point out during the debate, his policies are generally seen as likely to produce better headline growth outcomes than Trump’s. I’ve obviously talked about this at length in these pages, but I thought it was worth highlighting some brief, straightforward projections from Rabobank in the interest of cutting through the noise and simplifying what can be a rather murky discussion.

The first thing that sticks out is that Trump doesn’t actually have a plan, which isn’t surprising.

“The Trump team has not released a clear-cut detailed overview containing their policy plans. Instead, it published a list of bullet points on what President Trump’s agenda would be in a second term,”, Rabobank notes, adding that this is “not very concrete” which forces analysts and economists to “rely on the Budget for Fiscal 2021 and previous statements to derive a policy agenda that Donald Trump might roll out if he emerges victorious.”

The bank doesn’t say this, but I will: That is clearly ridiculous. Here is an incumbent with limitless resources who hasn’t managed to put together a concrete plan for the one issue he consistently polls better on than his opponent. While it is ridiculous, it’s not surprising. After all, it’s the same way Trump ran his businesses, many of which are just black holes down which he tosses other people’s money (according to, among other sources, a massive trove of tax documents accumulated over the past two years by The New York Times).

“Trump’s GDP trajectory is almost identical to our baseline… impl[ying] that the additional effect of tax cuts and government spending cuts more or less cancel each other out,” Rabobank went on to say, in a note dated Friday. “What does occur, though, is a significant shift in income from the public to the private sector.”

Just as Trump’s (non)plan is a reflection of the president’s haphazard approach to life, so too is Biden’s proposal reflective of the candidate’s predispositions, in this case towards somewhat convoluted thinking.

“In contrast to Trump, Biden has released a detailed overview… of how his agenda is shaped if he becomes the 46th president [but it] appears to be a maze of information which often overlaps,” Rabobank wrote Friday. Given that, they depend on the Tax Policy Center, CRFB, Tax foundation and Penn Wharton’s Budget Model to analyze the likely impact.

Imagine that. Stimulating a consumer-driven economy from the demand side results in better aggregate growth outcomes. The assumed boost for those with the highest marginal propensity to consume easily overwhelms any drag from higher taxes on those with the lowest marginal propensity to consume. This is common sense, of course, but “common sense ain’t so common” these days, as they say. Do note that the bank actually plays down this effect, arguing that it’s secondary when it comes to explaining gains under a hypothetical Biden presidency (more on that below).

“Higher growth is partly achieved at the expense of public debt metrics [but] ultimately, we expect the US economy to be 3.8% to 4.6% bigger compared to our baseline scenario” under a Biden plan, Rabobank remarks, adding that in their view, “the economic growth differential against the baseline [will] widen from 2027 onwards, due to Biden’s aim to invest in productivity-enhancing factors, such as public R&D and education, which will bear fruit in the longer term.”

That latter bit is important. And here’s why (from the bank’s Hugo Erken and Philip Marey):

The tax relief in the Trump administration’s plans results in a rapid pickup of real personal disposable income in the aftermath of the crisis from $43,350 per capita by the end of this year to roughly $47,000 in 2025, $1,000 more than in our baseline. As Biden imposes higher taxes, by 2025 we project personal income to barely touch $46,000 per capita, which is even below our baseline scenario. The effect of higher minimum wages does not offset the impact of higher taxes. However, as the impact of tax policies starts to peter out, we see a rapid pickup in real personal disposable income after 2025 in the Biden scenario, which is directly related to productivity-enhancing policies which prop up economic growth.

In other words, Trump’s is a short-term “fix,” again consistent with the man making the pitch and indicative of someone who cares more about being able to take credit for something that happens today, even if the benefit disappears over the longer-run. Under Trump, personal income growth gets a boost, but it wanes over time because it’s engineered, not organic. In fact, under Rabobank’s scenario for Trump, real personal income growth decelerates to just 0.1% annually after 2026. By 2030, real disposable personal income would be higher under Biden’s proposals versus a baseline forecast.

The full note goes into much greater detail, and isn’t amenable to a “summary” treatment, per se, but the two simple points enumerated and expounded above hopefully help shine a bit of light on things and thereby help separate fact from fiction or, if that’s a misnomer considering we’re making projections, likely outcomes from balderdash.

There are three important caveats that Rabobank includes towards the end of their analysis. They do not attempt to incorporate any boost from the further relaxation of regulations, nor do they try to quantify the read-through of any “radical” changes to trade policy. Perhaps most importantly, the bank admits that they haven’t tried to incorporate positive spillovers from increased US innovation. “The Biden scenario is especially prone to such a positive effect,” the bank remarks. “In the past, US innovations… drastically changed lives across the globe and pushed up global productivity growth.”

Ultimately, the takeaway isn’t what you might think. It’s not, Rabobank says, as simple as pointing to demand-side stimulus as a more effective growth booster and simply assuming that higher public debt is a price worth “paying” (and I put “paying” in scare quotes for a reason.)

Rather, what’s interesting is that, as the bank writes, “Biden’s boost to economic growth does not primarily come from a demand impulse through government spending, but rather from tapping into the economy’s endogenous growth potential through government investment.”

Erken and Marey note that whether “this is worth the increase in public debt is a choice for the voters.”

1 comment on “Analysis Versus Propaganda: Whose ‘Plan’ Is Really Better For The World’s Largest Economy?”