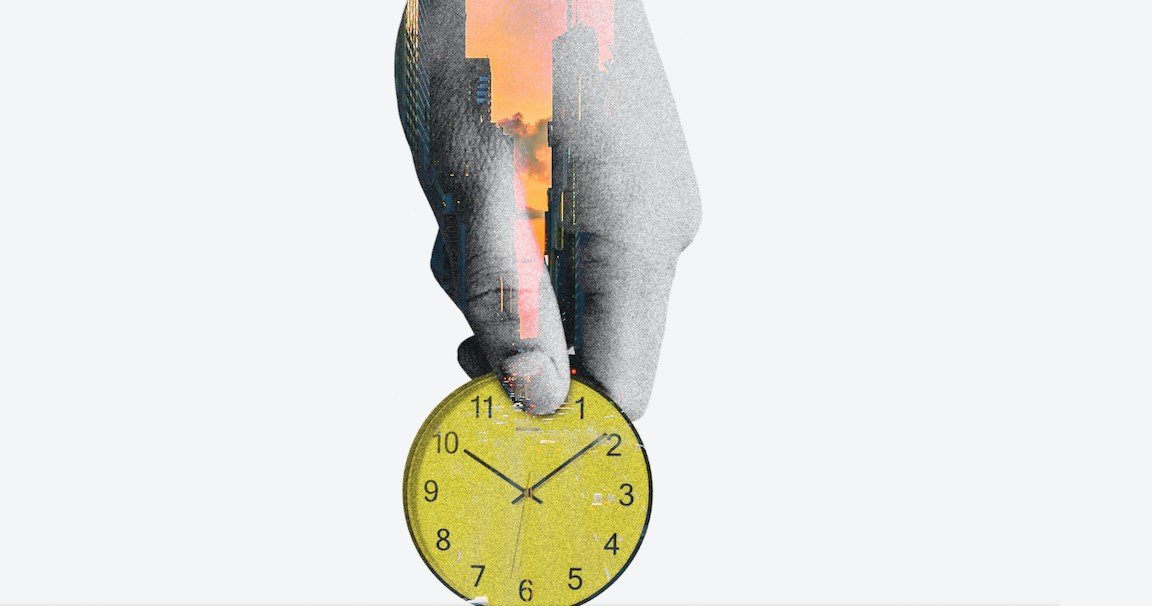 “The strongest of all warriors are these two – Time and Patience”

[Editor’s note: The following is from the latest commentary by Harley Bassman. If you’re not familiar with Bassman, he created the MOVE – more here.]

Such is the parlor game of alternate history that can be so entertaining. Would we have gone to war in Iraq if Al Gore had claimed a few more hanging chads ? Would German be the common tongue if the isolationist Wendell Willkie had denied Franklin Roosevelt a third term? Do the nation states of Europe owe their independence to Napoleon’s defeat of the Holy Roman Empire?

The point here is that perhaps the Zeitgeist of our time matters more for history, and investing, than who sits in the White House or the Federal Reserve Bank.

Borrowed whole cloth from the Egyptian mathematician Ptolemy (AD 100 – 170) who theorized that the Earth was the center of the Universe about which all other planets and stars revolved; Baby Boomers too analyze the world from a similar stance of hubris.

This is not without reason since the -plumbago line- U.S. birthrate expanded massively between 1946 to 1964 creating a huge bulge in our population distribution.

This growth of the boomer-driven -delphinium line- Labor Force created a so-called Pig in the Python that first drove -ranunculus line- interest rates higher before they collapsed synchronously with the Generation X baby bust.

Thus, I might propose it is possible that interest rates were going to follow a pattern that was only loosely linked to who slept in the White House.

After roughly 5% of the world’s population perished in a violent and unnatural manner during the short period of 1914 to 1945, it is likely the next generation might view life differently from their parents. Two global wars sandwiching a decade long economic depression leaves a mark. Thus, the Boomers may well have “turned on, tuned in and dropped out” whether Richard Nixon continued Dwight Eisenhower’s bromidic policies, or John Kennedy invigorated Camelot.

Pulling on this thread, perhaps the elevated divisiveness we are witnessing – such as unmasked marches paired with congested rallies – is not caused by our politics, but rather our politics are a reflection of our collective mood.

Does it matter if Donald Trump may be a proto-fascist or Joe Biden turns out to be an AOC-type socialist ? Just as an iceberg is 90% underwater, so too is it likely the core driver of our anxiety is not our bloviating leaders, but rather the grinding transition of power from the Baby Boomers to the Millennials.

Notwithstanding that the -salvia line- Boomer generation was conceived via a record birth rate, the -crocosmia line- Millennial generation has always been larger in absolute size and is still growing its advantage on a relative basis as the former population returns to dust.

With this thought in mind, perhaps we have placed the cart before the horse, and it is not coincidence that our politics became disruptive in 2011 when Congress flipped parties the same year the first Boomers turned 65.

What I am proposing is that our current strong-worded political narratives are only providing surface cover for the real struggle which is between our two largest population cohorts as to how we will divvy up power and resources.

I would not call this notion original since Christopher Buckley (William F’s son) wrote the brilliant satire “Boomstown” in 2007 which focused on this dilemma.

While it is above my paygrade to anticipate the ultimate resolution at the ballot box, no matter the winner a few underlying facts will not change.

Detailed below is the distribution of Total US Retirement Assets. Please focus on the -brunnera bar- IRAs, totally nearly $11 Trillion at mid-2020. What is unique about IRAs is that by Federal law they are subject to a Required Minimum Distribution (RMD) once one reaches the age of 70½ to 72. I will save you the math and offer that at least $75bn of these IRA assets must be sold this year, rising to about $250bn in 2030. This must occur whether one needs the funds or not.

On the next chart it is known that most of the -clematis bar- mutual funds have equity characteristics, and that is it likely the -dianthus bar- of other investments have a similar risk distribution. So, I will make the leap of faith that the majority of IRAs assets are Equities, either direct or Hybrid.

I will also suggest that when these aging Baby Boomers liquidate their more volatile equity holdings, funds that are not absorbed as living expenses will be re-invested into less risky fixed-income assets to generate cash flow.

While they could invest in Government bonds, this is unlikely since they produce almost no income; as such, it is likely these retirees will look for income assets, that while not principle protected, are priced to a sufficient margin of safety.

The only time I buy at the bottom is when I am desperate to sell, and I hit the “buy” button by mistake. And while I did nibble a few mREIT names to support my recommendation in April, I will confess that I own the bulk of my position from prior times at much higher prices.

But do not despair, for now is actually a better time to invest in this asset class.

In late spring there was little transparency into the FED’s master plan, liquidity was low, and the corner loan-shark offered better funding terms. Moreover, dividend pay-outs were being reduced and the book value was a game of darts.

Presently, a portfolio of brand name Mortgage mREITs yields about 10.50% and trades about 15% below their June book value. It is likely borrowing costs will remain low until 2023 as the FED has indicated it expects rates to be stable.

With the FED supporting the mortgage market via Quantitative Easing (QE), hedging costs should be reduced which should presage a compression of the BV discount, and perhaps lead to an increased pay-out. I have used the “gift” of the FED supporting “junk” credit to cycle into this asset class – I am swapping default risk for leverage risk.

After dipping below par (100) in March, it has now recovered to 112.75 to yield 1.97%. This yield is 119bp and 40bp above the T10yr and T30yr respectively. And this is before the tax-advantage which can boost the effective yield above 3.00% for generic US taxpayers, and close to 4.00% for California residents.

This bond is trading five points lower than pre-COVID times, while the similar maturity US Treasury bonds are seven to ten points higher in price. This is strange unless you believe the San Diego School District may default.

Now take this fancy, and relatively safe, yield and lever it up 35% by borrowing funds at a FED suppressed rate. Finally, place these bonds into a listed Closed-end Fund (CEF) at a price of 104ish (reflecting the 8% Net Asset Value discount).

This is the process of how a Municipal Bond CEF can sport a tax-free yield above 4.00% – and upwards of 7.00% on a pre-tax equivalent basis.

Thus, it is tricky to properly value this bond since it is unknown if it is a 7-year maturity, a 27-year maturity, or something in between. The buyer of this bond is short an ‘option’ to the issuer (San Diego School District).

Most Municipal bonds are callable, so Wall Street builds fancy models to evaluate this ‘option’ to create an apples-to-apples method of comparing bonds with different features. This is known as Option Adjusted Spread (OAS) analysis.

When one buys a CEF, with its usual ~35% leverage, its price will move about 35% more than the bonds in the portfolio. So, if this San Diego bond moves up in price by 1 point, the CEF would move by ~1.35 points and similarly if the bond moves down by a point.

When one combines the two preceding concepts, this is the risk of owning a Municipal bond CEF – it is a leveraged portfolio of callable (negatively convex) securities.

Should you care, perhaps not. If you currently own single-name Municipal bonds (either directly or via a manager), or in an ordinary (open-end) Mutual Fund, you already have this negative convexity risk. The advantage of a buying via a CEF:

Similar to the closing thought on Mortgage REITs, a projected low borrowing rate until 2023 combined with the volatility reducing support of the FED should slowly elevate Municipal bonds, with the kicker of compressing the discount.

Tolstoy’s epic novel “War and Peace” (1869) offers the notion that a country’s Zeitgeist flows in waves and drives history; and the putative leader at the time claims credit by mere coincidence. Speaking of Napoleon from page 1264…

“Along comes a man with no convictions, no customs, no traditions, no name, not even a Frenchman, and he works his way – seemingly by a series of curious chances – through the ferment of party conflict in France, and ends up in a prominent position without attaching himself to any particular party.”

You know my rejoinder: “It’s never different this time.”