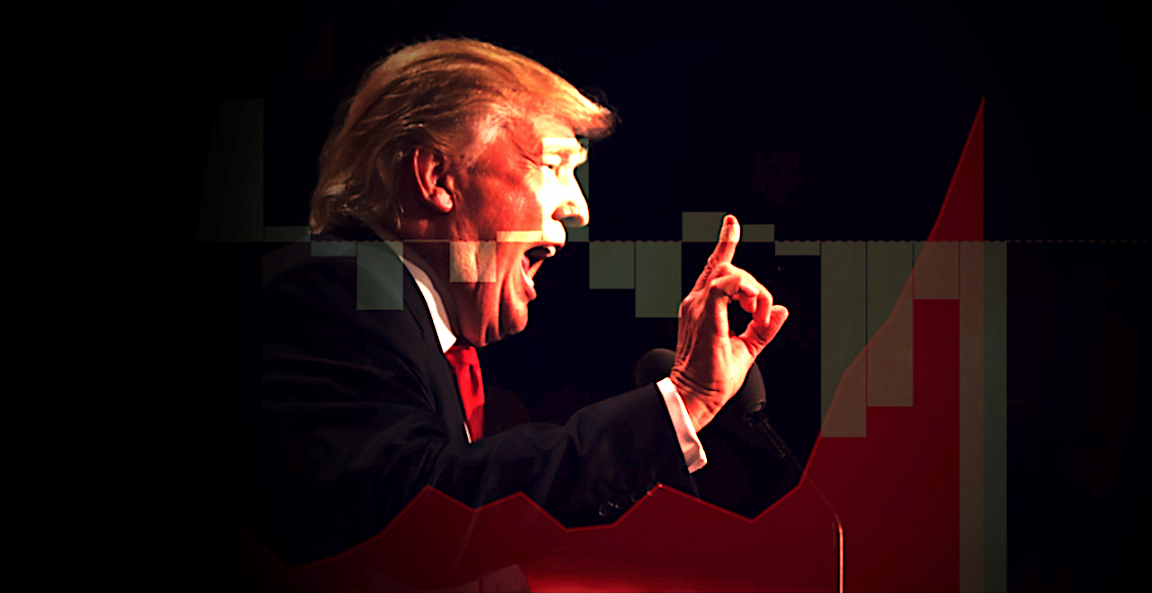 In a note dated Monday, he says the odds are rising for a repeat, and that investors should position accordingly.

The president’s poll numbers (and betting odds for his reelection) plunged over the summer, as a combination of soaring coronavirus cases in the Sun Belt cast doubt on the White House’s re-opening strategy, while protests against racial and economic inequality in virtually every major metropolitan area underscored critics’ longstanding contention that the president’s divisive brand of politics would eventually tip the country into chaos.

More recently, Trump has seized on protests to push a “law and order” message which his campaign hopes will overshadow the fact that America is the only developed nation on the planet that failed to flatten various virus curves.

“During the month of August, Trump’s betting odds started improving, with the largest increase happening over the past week”, Kolanovic writes, on Monday, adding that betting markets now have the election at a coin toss.

Kolanovic argues that two factors are behind Trump’s recovery in the polls and betting markets.  The first is “the impact of the degree of violence in protests on public opinion and voting patterns” and the second revolves around the notion that the polls do not fully reflect the president’s support.

Some context is in order. Marko cites Omar Wasow, a politics professor at Princeton. If you’re not familiar, Wasow studies protests and how they effect political outcomes and elections. His name has been in the news in 2020 for obvious reasons. It’s worth noting that at least one person who retweeted screenshots from one of his papers ended up losing a job earlier this year, stirring a vociferous debate in the process. That episode wasn’t about Wasow’s research, but rather about what some netizens (perhaps unjustifiably) charged was a tone deaf representation of the work.

In a May interview with The New Yorker‘s Isaac Chotiner, Wasow summarizes his work on the political effects of protests as follows:

I would say that nonviolent protests can be very effective if they are able to get media attention, and that there is a very strong relationship between media coverage and public concern about whatever issues those protesters are raising. But there is a conditional effect of violence, and what that means, in practice, is that groups that are the object of state violence are able to get particularly sympathetic press—and a large amount of media coverage. But that is a very hard strategy to maintain, and what we often see is that, when protesters engage in violence, often in a very understandable response to state repression, that tends to work against their cause and interests, and mobilizes or becomes fodder for the opposition to grow its coalition.

In his Monday note, Kolanovic says he “applied [Wasow’s] work to the current situation”.

“The most likely transmission mechanism between the nature of demonstrations (peaceful vs violent) and public opinion, is done by media coverage and framing”, Kolanovic writes, adding that,

Applying this to the current situation of nation-wide protests, based on historical regressions, one would expect a ~5-10 point poll shift from Democrats to Republicans if the perception of protests turns from peaceful to violent. It is highly likely that social media distribution of videos of looting in Chicago, L.A. and NYC, arson in Minneapolis, Wisconsin, Portland, Seattle, etc. have led to a significant shift in election odds in favor of Republicans. Furthermore, by doing statistical simulation of the 1968 election, the author concluded that 1968 demonstrations directly resulted in the election of a Republican president. The impact of protest violence on the 2020 elections may be even larger. The reason is the broad online availability of violent footage (everyone can record and share in real time), but also the ability to influence social media to amplify this message (e.g. similar to the social media spread of Wikileaks emails in 2016).

In the linked interview with The New Yorker, Wasow summarizes some of the findings mentioned by Kolanovic, noting that after analyzing a hundred and thirty-seven violent protests that followed Martin Luther King, Jr.,’s assassination, in April, 1968, “if your county was proximate to violent protests, then that county voted six to eight percentage points more toward Nixon in November”.

As for the notion that polls aren’t capturing Trump’s full support, Kolanovic cites Leib Litman in suggesting that roughly 10% of Trump voters may not be honest will pollsters for a variety of reasons. He then ties this to the concept of “cancel culture”.

“It should not come as a surprise that this effect appears to be stronger for Republican voters given the liberal trend of ‘cancel culture’”, Marko writes, adding that “applying the findings of Litman’s research to the current breakdown of likely voters , we find that this ‘cancel culture’ effect could artificially skew polls in favor of Biden by 5-6% “.

Kolanovic suggests that absent a “pivot” from Democrats regarding their position on the protests, Trump could benefit from the dynamics outlined by Wasow.

It should be noted that Joe Biden over the weekend explicitly condemned violence on both sides in the most straightforward, unequivocal terms imaginable, while Trump spent Sunday feuding over Twitter with local officials, calling for the National Guard, and, in one case, insisted that the only answer to violence is more violence (he used the term “force”, but the message was clear).

As far as COVID-19 goes, the situation in the US is improving at the margins, something which does favor Trump, although it is far too late for the White House to plausibly suggest that the US is a “success story”, at least not on any metric the public is likely to identify with.

For his part, Kolanovic says “the news cycle is almost entirely focused on the daily number of new COVID-19 cases, with little effort to cover the current or future negative impact and deaths caused by lockdowns”, and calls the “new normal” (e.g., work from home arrangements and large government transfer payments) “simply not sustainable long-term”.

Ultimately, Kolanovic says that while much can clearly change between now and the election, “we currently believe that momentum in favor of Trump will continue, while most investors are still positioned for a Biden win”.

I’ll leave you with another quote from Wasow’s interview with Chotiner:

And so, to your point, I think it is exactly right that there are different kinds of chaos people are weighing in their minds. I might say the pandemic and economic dislocation are my top priorities, but if you are someone who has deep-seated anxieties about an unsettling of the racial hierarchy in America, about an egalitarian society where you might lose some status, or a society where there isn’t enormous state capacity brought to bear on controlling out-groups, then you might say, “I want Trump because he is promising to maintain the racial hierarchy. I want someone who is tough on crime. Those are my top priorities.”