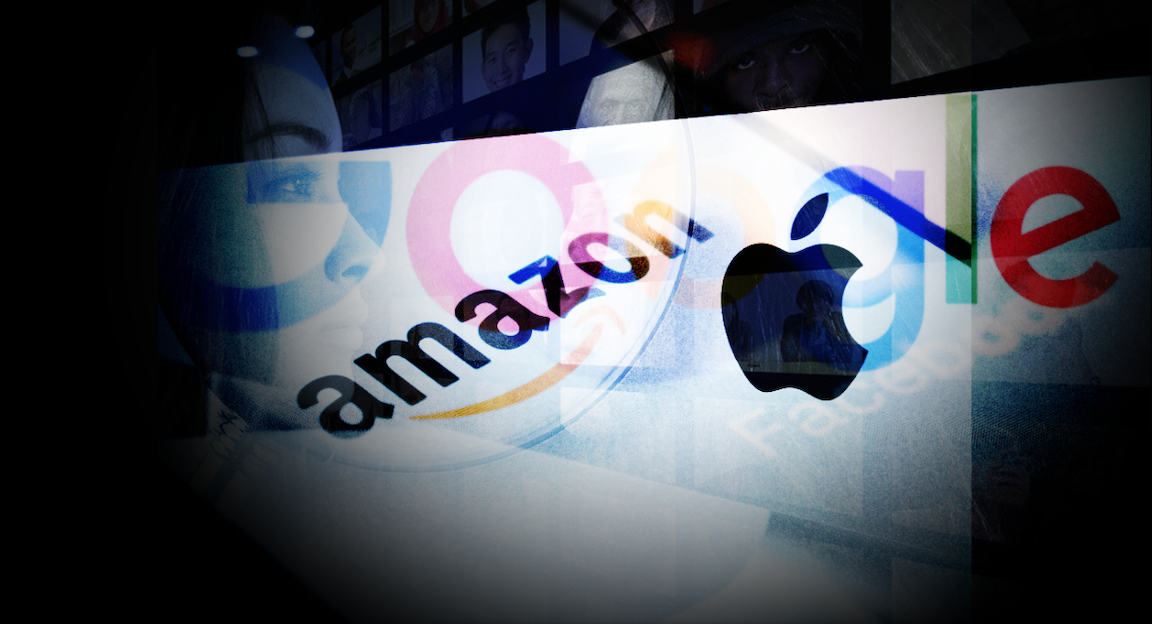 On Saturday morning, I characterized the market as being defined by what amounts to “one trade” going back nearly half a decade.

The “slow-flation” macro environment, never-ending bond bull, and the ubiquity of America’s tech titans, have conspired with passive investing, factor crowding, and, in rates, insatiable demand for duration, to create one of the most lopsided conjunctures witnessed since the dot-come bubble.

To be clear, there are myriad differences between the dot-com bust and today’s tech-dominated market. There aren’t just “good” reasons to own Apple, Amazon, Alphabet, Facebook, and Microsoft. There is an argument to be made that they are the only thing worth owning. So, it’s not the fundamental case that’s the problem. Indeed, focusing narrowly on whether tech is or isn’t overvalued doesn’t even begin to capture the point. What’s so intriguing (if that’s the right word), is the sheer number of ways the zeitgeist has manifested across rates and equities.

Read more: The Bubble That Never Pops (It’s Been One Trade For Half A Decade)

Of course, focusing on the concentration of the big five names is a useful way to communicate the broader point to those who might not be apprised of (or interested in) the more nuanced story as it manifests in factors and styles, and how that’s tied to the bond market.

With that in mind, Goldman’s David Kostin notes that while it is indeed remarkable that Apple, Amazon, Alphabet, Facebook, and Microsoft account for 23% of the S&P 500, what’s even more astounding is their influence in the Russell 1000 Growth index.

“Those same five stocks represent 37% of market cap, the highest level of index concentration since at least 1995”, Kostin points out, in a note out Friday afternoon.

And, as Kostin goes on to say, it’s a potential problem for mutual funds. “Mutual fund managers often face limits on the weight of any individual stock in their portfolio [so] record equity market concentration poses concentration risk for fund portfolios but also introduces potential tracking error”, he writes.

Yes, “potential tracking error”, something regular readers might recognize from Friday’s “Value(less)“, in which I quoted SocGen’s Andrew Lapthorne.

While concentration of the top five or 10 stocks in an index “is not unusual”, when they become correlated, “not owning them creates significant tracking error”, Lapthorne said this week. On his estimates, the three-month rolling tracking error of not owning the biggest five stocks in the S&P is about 4%, the highest since the dot-com days.

Speaking to all of this, and how it leads to never-ending underperformance for some unfortunate souls in the industry, Goldman’s Kostin writes the following:

While FAAMG are consistently among the most popular hedge fund positions, mutual funds are underweight all five stocks. FAAMG have been constituents of our Hedge Fund VIP basket for 23 consecutive quarters. In addition, FB, AMZN, MSFT, and GOOGL have ranked in the top five of the list for 12 straight quarters. However, in part because of the stock weight limits, large-cap mutual funds are 500 bp underweight FAAMG in total. AAPL (-238 bp), MSFT (-118 bp), and AMZN (-97 bp) represent the largest underweights among mutual funds. Growth managers in particular struggled to match the growing benchmark weights of AAPL (10%) and MSFT (10%) in 2Q and carry -557 bp and -417 bp tilts, respectively.

In the same linked “Value(less)” post mentioned above, I suggested that all of this represents the realization of the dynamics outlined by Howard Marks in a famous summer 2017 memo.

In that memo, Marks wrote the following of smart-beta products and factor-based investing in the modern era:

Importantly, organizers wanting their “smart” products to reach commercial scale are likely to rely heavily on the largest-capitalization, most-liquid stocks. For example, having Apple in your ETF allows it to get really big. Thus Apple is included today in ETFs emphasizing tech, growth, value, momentum, large-caps, high quality, low volatility, dividends, and leverage.

On Friday evening, Goldman’s Kostin noted that “despite not being constituents of the Russell 1000 Value index, some value managers have incorporated these growth stocks into their portfolios and carry modest overweights in each of these stocks except GOOGL”.