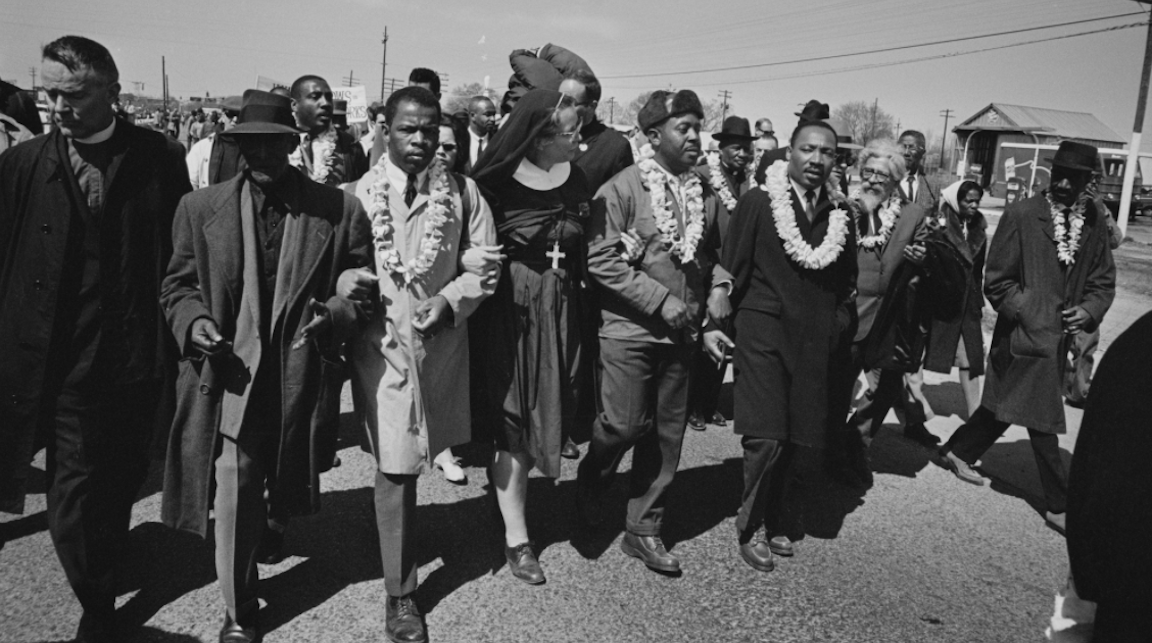 The passing of civil rights icon John Lewis comes at a time when America is confronting some of the most dramatic social unrest since the 1960s, when, alongside Martin Luther King Jr., he spearheaded the push for racial equality.

Any attempt to encapsulate Lewis’s contribution to democracy  — to “summarize” what he meant to a country which is still struggling to live up to the ideals espoused by founders who did not always exemplify the virtues they championed — will fall woefully short. His life and work must speak for themselves. And they do. Loudly.

Although the pandemic has taken much from the world and exacted a heavy human toll on the country Lewis fought (and bled) for, the silver lining may be a mass awakening to the fact that an inegalitarian society, rife with division and defined by inequities of all sorts, is inherently fragile and thereby more vulnerable to exogenous shocks.

America has all the trappings of a democracy, but for millions, the democratic promise remained unfulfilled by 2016. That, despite eight years of objectively competent leadership by a man whose very presence in the Oval Office represented an evolutionary leap forward for a country which, not so long ago in the grand scheme of history, countenanced one of modernity’s most abhorrent institutions (slavery).

Over the past three years, America has taken a turn for the autocratic, but that metamorphosis too remains unfinished. While autocratic governance is profoundly undemocratic, authoritarian regimes do not always preside over inegalitarian societies (even if those who wield power de facto control vast amounts of wealth). Depending on the nature of a given crisis, autocrats and authoritarian regimes can be highly effective at restoring order, even if the methods are unsavory.

America has become something of a hybrid — a democracy with an increasingly autocratic executive, a largely ineffective legislature, and an inefficient bureaucracy, all beholden, in one way or another, to a corporate sector which, efforts to reform itself notwithstanding, cannot help but subjugate all other concerns to the pursuit of profits.

This system has shown itself to be almost totally incapable of responding to the pandemic.

The economic and physical toll of the virus is borne disproportionately by the poor and by people of color, whose suddenly worsened plight will be made more unbearable still by a system which has evolved over time to perpetuate disadvantages and exponentially amplify privilege.

The legislature is hamstrung by a laundry list of factors, not least of which are allegiance to special interests, clientelism, partisan rancor, misguided perceptions of public finance, and a generalized inability to conceptualize of itself as an employee of the body politic.

The executive (in its current incarnation) is a would-be autocrat, lacking the clout, respect, military buy-in, and generalized wherewithal to exercise control.

The corporate oligarchy suddenly recognizes the need to reform itself, but only because recent protests suggest the masses have reached their breaking point with inequality and are prepared to express that in the streets if necessary.

But corporate America itself admits of egregious inequality. The staid, stodgy bastions of the business class are paying the usual (and largely useless) lip service to fixing capitalism and righting societal wrongs, but nobody believes it. And even if you wanted to suggest that corporate America could be part of the solution, the corporate community as a whole is increasingly irrelevant in the face of a half-dozen demigods. What the likes of Nike, JPMorgan, and Coca-Cola do (or don’t do) matters little when a handful of almost omnipotent figures (Jeff Bezos, Mark Zuckerberg, Elon Musk, Bill Gates, Jack Dorsey, and whatever you want to call the braintrust at the helm of Google) are taking turns fomenting the revolution, profiting from the pandemic, and picking sides when it comes to currying favor with or enraging the autocrat.

The social unrest which, at one point or another, touched nearly every major metropolitan area in America over the past two months, represents a collective, simultaneous awakening to the fact that the system isn’t working for virtually anyone anymore.

No higher power dictated that George Floyd should perish during a pandemic, so that Americans could finally connect the dots between the myriad types of inequality which plague the system.

It was not preordained that the height of corporate greed and D.C. dysfunction should coincide with the country’s first real brush with autocratic rule so that voters would realize just how close to failure the American experiment really is.

But even as the confluence of discrete events is everywhere and always a coincidence by definition, when taken together, they form the arc of history. And this is a pivotal moment in American history.

When you see something that is not right, not just, not fair, you have a moral obligation to say something. To do something. Our children and their children will ask us, ‘What did you do? What did you say?’… We have a mission and a mandate to be on the right side of history.

Polls suggest that between 15 million and 26 million people in the US participated in demonstrations over the past two months.

As The New York Times writes, “these figures would make the recent protests the largest movement in the country’s history, according to interviews with scholars and crowd-counting experts”.