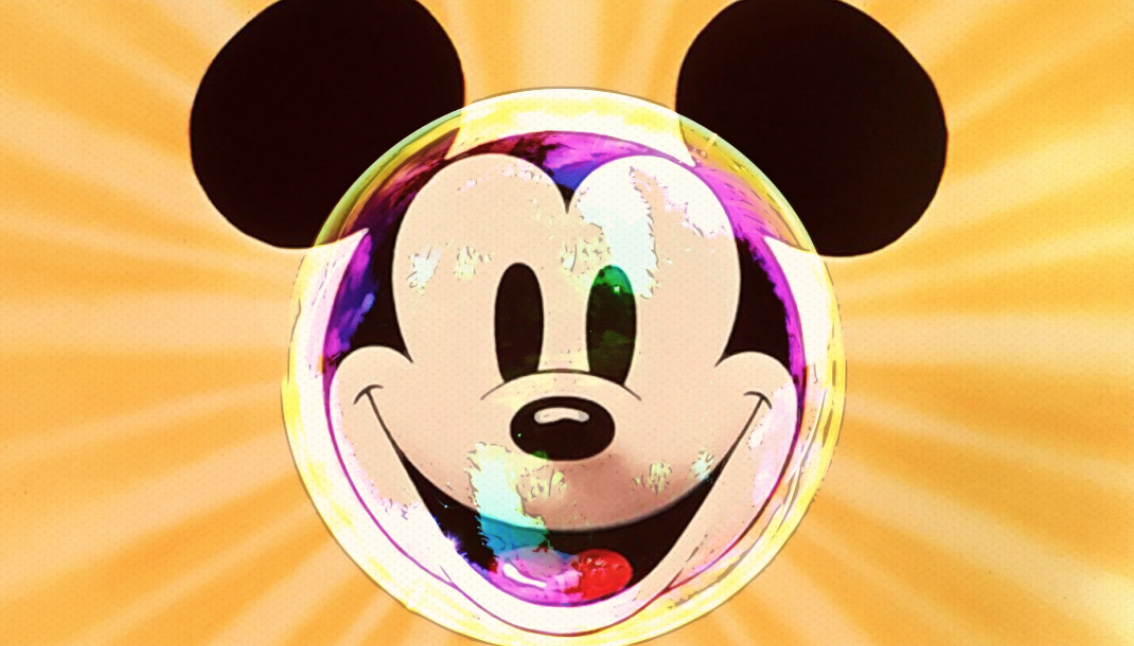 Both rates and equities are waking up to the reality of surging virus cases in the US and the likely read-through for the economy.

In rates, this is visible in long-end yields falling to the lower-end of recent ranges and fairly aggressive bull-flattening in the curve.

In stocks, it’s manifesting in ongoing outperformance in equities expressions either tethered to the duration trade in rates or otherwise expected to benefit from a post-pandemic reality defined by i) slow growth, ii) reduced in-person interaction, and iii) an acceleration of the digitization of human existence.

Tech outperformance is essentially a risk-off trade these days — or, at the least, a defensive play and a bet that tech is synonymous with utilities. There’s considerably more on this in “Zeitgeist Unchanged“.

While I’m hesitant to focus too much on a single coronavirus data point, especially one that will be out of date within hours, I’d be remiss not to mention that on Sunday, Florida reported a record 15,300 new cases. That is the most for any state during America’s epidemic.

The good news is, fatalities were lower, at just 45, so it’s possible market participants will look through this rather alarming milestone, but it does not bode particularly well and suggests the state’s outbreak is unequivocally out of control. That is not hyperbole. It is just an objective assessment of the facts, with the (important) caveat that these may not be the facts that “matter”, so to speak, as long as the mortality rate stays low and the healthcare system holds up.

But there’s something wholly bizarre about encouraging people (especially children, who rely on their parents and government to protect them) to come to Disney World during what is quite obviously a spiraling public health crisis.

The Florida resort re-opened this weekend after being closed since March.

“The Bibbidi Bobbidi Boutique, a Magic Kingdom hair salon where little girls get styled like Disney princesses, remained closed this weekend”, The New York Times wrote, documenting the muted festivities. “Buzz Lightyear was only able to wave from a distance”.

Below are some additional surreal excerpts from the Times, whose coverage features a truly ominous visual of dark storm clouds swirling overhead as mask-wearing park-goers depart the Magic Kingdom:

Parades and fireworks? Scratched. And the coronavirus continued its rampage through Florida, with officials reporting more than 15,000 new infections on Sunday, a daily record for any state, including New York.

None of which stopped Sonya Little and thousands of other theme park fans from turning out — in masks in the scorching Florida heat — for the reopening of Walt Disney World. After closing in March because of the pandemic, the mega-resort near Orlando began tossing confetti again at 9 a.m. on Saturday. Two of its four major parks, the Magic Kingdom and the Animal Kingdom, welcomed back a limited number of temperature-checked visitors, with some attractions and character interactions unavailable as safety precautions. Epcot and Disney’s Hollywood Studios were set to reopen on Wednesday.

“I’m so overwhelmed with emotion,” a weeping Ms. Little said, as she stood on Main Street USA wearing Minnie Mouse ears. “The last few months have been so hard. We have just felt so defeated. Being here gives me the strength to go on.”

With that, Ms. Little, 45, who flew to Orlando from Birmingham, Ala., with her friends Tammy Richardson and Kristi Peek, adjusted her face mask and set forth for Fantasyland.

“Fantasyland” indeed. While we should all be fully cognizant of the fact that Disney resorts employ lots of people and are therefore a crucial cog in the local economy, one can’t help but suspect that the country’s priorities are woefully out of order.

With all due respect for what I’m sure is an enjoyable experience for young and old alike, the idea that adults are getting on planes (an activity which could itself raise the risk of contracting the virus) to fly a distance that could have easily been traversed in a car, in order to worship (sobbing) a cartoon mouse in suffocating heat, seems akin to lunacy.

While everyone naturally wants to be outside, having a good time (whether that means smoking a cigar on an island at a beachside dive bar nursing a Laphroaig, or paying homage to an iconic, grinning rodent while slurping frozen, cherry-flavored, high-fructose corn syrup through an oversized straw in the streets of Orlando), the trajectory of the virus curve in the US argues against that kind of behavior. To the extent indulging now means undermining the prospects for a sustainable re-opening later, we’re borrowing from our economic future. I suppose that’s nothing new for America.

For investors confident in sticking with longs in risk assets, I would simply encourage you to be cognizant of the fact that if you’re overweight mega-cap tech, you’re hiding in defensives, whether you realize it or not. On the flip-side, if you’re long banks, value, or any kind of cyclicals, you’re a contrarian.

“Investors are probably less concerned about the virus because most have adopted a defensive skew with mega-cap tech, so, while the virus spread in the US is a risk to the outlook, the extremely low positioning outside the mega-cap growth stocks gives investors some comfort”, AxiCorp’s Stephen Innes said Sunday. “Not to make light of the issue as the market is clearly concerned about the uptick in cases globally, but given the ample liquidity backdrop, money is finding its was into safer pockets of the market, which continues to support the indices”.

Investors are, in a sense, thinking about their positions in mega-cap tech like Ms. Little is thinking about Disney: “The last few months have been so hard. We have just felt so defeated. Being here gives me the strength to go on”.