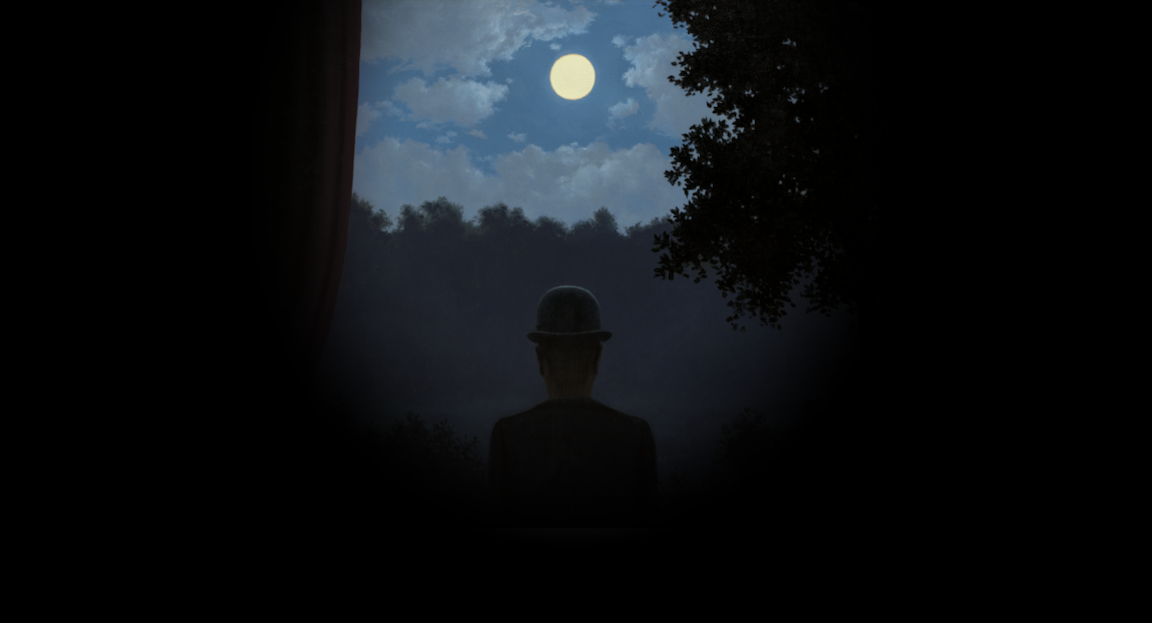 “Markets are not behaving in a conventional way, in any historical, traditional or logical metric even when one includes the 2008 GFC”, Deutsche Bank’s Aleksandar Kocic writes, in a lengthy special report, rendered in eloquent prose befitting of the pen from which it emanated.

This state of affairs, in which markets are behaving in a fashion inconsistent with historical precedent of any kind, is, of course, a reflection of the circumstances.

“Neither should they be behaving in a conventional way, just on account of the dimensionality of the problem at hand”, Kocic continues, noting that “2008 was conceptually a far simpler, although acute, problem to grasp as it involved a single dimension”.

By contrast, the current problem is multifarious, with countless points of intersection — a kind of Venn diagram that, if only we could comprehend it, would describe a historic period of economic and societal upheaval.

Kocic says the world is “sitting at the intersection of five major crises… each one capable of changing the future course of the economy in a profound way”. Those crises are:

As we’ve come to realize over the past several months, these crises are inextricably bound up with one another.

Social unrest in the US, for example, is not just about racial injustice, but about inequality of all sorts. The pandemic has disproportionately affected “those least able to bear it” (to quote Jerome Powell) and yet, some aspects of the Fed’s response to the crisis will by definition serve to increase inequality even as that is most assuredly not the central bank’s intent.

It is doubtful, one imagines, that a laid-off restaurant worker or the average protester, owns enough in the way of corporate equities to be pacified by record highs on the Nasdaq.

This speaks to the overlapping nature of the crises enumerated by Kocic. Unemployment is “both a social and an economic issue”, he writes. Efforts to ameliorate racial inequality are couched in political and social language. The pandemic is all at once a health, social, economic, and political issue. And so on, and so forth.

“Their resolution, without exception, is seen to be a function of policy response”, Kocic goes on to say, on the way to noting that “while complexities of the current crisis are not reflected so much in price levels of different assets, they remain embedded in the dynamics of different markets and their interactions”.

Rates, he says, are where the distortions brought about by the crisis and, more to the point, the policy response to the crisis, are most clearly visible. And yet, Kocic calls risk assets “a gauge of confidence”, and says “heterogeneous reactions that show up across different market sectors give further insight into particular issues that are waiting a resolution”. In that regard, he describes the disparity between tech and financials as “a linear statement about propagation of exogenous shocks”. (See: “Looking Ahead To ‘The Poor Bank Redemption’“)

He revisits points made in note out late last month. Credit, you’ll recall, was altered by the crisis despite having rebounded thanks in no small part to the Fed’s backstop of the corporate bond market. I discussed this at length in “The Big Question Still Has No Answer“. Unresolved issues around the eventual scope of bankruptcies (for example) and long-term changes in consumer behavior, mean credit investors are still flying to a certain extent blind, even as the Fed’s actions have arguably conferred upon investment grade corporate bonds the status of GSEs.

“Credit emerged in May with a certain ‘deficit’ that seems to be here to stay”, Kocic writes, in his latest. “While equities have approached their pre-crisis highs, credit continues to trade wider… suggestive of the awareness of the risks that have not yet seen a resolution”.

But there’s more to this discussion — and Kocic’s exposition helps to “resolve” lingering uncertainty evidenced in an elevated VIX.

The relationship between IG credit and the VIX has generally normalized. The same is not true of equities and the VIX, however. Kocic illustrates “the gradual convergence of the IG versus VIX interaction to the pre-crisis regime” in the left pane below and the “breakdown with traditional directionality of VIX with S&P” in the right pane.

For their part, Goldman cites the sheer rapidity of equities’ surge in explaining the apparent disconnect between stocks and the VIX. Nomura points to a lack of appetite and risk capacity on the buy-side to short equity vol.

Kocic, describing the two figures (above) says the VIX “has sided with credit and through that channel, the same risks seem to be embedded in equities as well”. The S&P may have nearly reclaimed pre-pandemic levels, but the VIX is roughly 20 vols higher, suggesting a structural shift. It spent all of 2019 below 30.

Some the VIX’s “stickiness” (if you will) is down to realized returns in equities, which have obviously been rather manic.

This isn’t the real story, though. The heteroscedasticity of returns makes for compelling visuals (above) and served as endless fodder for bombastic headlines during the height of the panic, when it wasn’t uncommon for US stocks to swing 9% in a single-session.

But the more interesting dynamic (i.e., what’s new) when it comes to daily returns, is their autocorrelations. To wit, from Kocic:

There can be period when markets trend and positive returns are followed by positive returns and vice versa. However, negatively correlated returns, with persisting negative correlations, are extremely rare, and practically unobserved prior to this crisis. It is the (high) negative serial correlation of S&P returns – the persistent alternating pattern of outliers — that makes the current episode unique and stands out in comparison with other assets and the entire (recent) history. The figure shows the scatter plot between successive S&P returns, one day apart (yesterday & today) since the beginning of the year. We break the last six months into three different sub-periods corresponding to pre-crisis, peak, and taper. The most dramatic part is the Mar-Apr period (orange circles). While other sub-periods show roughly uncorrelated returns, during the peak period correlations went all the way to -47%.

And that’s not all. If you think about what that entails for returns that are two days apart, and also ponder the read-through for the whipsaw dynamic engendered by this anomalous state of affairs, you can begin to appreciate what makes this period in market history truly unique.

That is, it wasn’t just the constant alternating surges and routs, but “also high positive correlation of returns that are two days apart, together with the size of each move”, Kocic notes, calling this “a persistent whipsaw of outliers”.

He illustrates using one- and two-day lagged autocovariances of returns. In simple terms, Kocic writes that “there hasn’t been anything like this before”. 2008 doesn’t even come close. “The two months of 2020 represent altogether a highly exotic mode of risk asset dynamics unseen before in terms of its size and persistence”, he says.

This is intuitive. “If today I am doing ‘exactly’ the opposite of what I did yesterday, then tomorrow, I will be doing the same thing as yesterday'”, Kocic goes on to write, explaining the logic behind the change in sign between the two series in anecdotal terms.

This stands in contrast to 2008, when both one- and two- day lagged autocovariances had the same sign, which, he notes, indicates “it was the trending market with persistent outliers rather than highly negative correlations that were at play”.

Kocic summarizes by bringing the discussion back to the persistent (and perhaps structural) disconnect between equities and the VIX, and the gradual convergence of the VIX with IG credit. Again, this reflects unresolved issues emanating from the crisis, manifested in credit’s “altered” state vis-à-vis equities, and the breakdown of traditional directionality between the VIX and the S&P.

All of this is placed in the context of shattered (or shaken) confidence. With that, I’ll leave you with one final passage from Kocic.

While one could argue that things have been developing fast during the peak of the crisis, market conditions were not changing qualitatively from day to day in such a way to justify high optimism one day and super pessimistic view the next day, as manifested by the whipsaw of outliers. Rather, we believe, that this is a manifestation of eroded confidence: No one wanted to hold onto a position beyond simple profit taking, day to day. To a large extent, stratospheric levels of VIX (in comparison to other assets) were a function of this predicament, at least on technical levels. However, while volatility across other market sectors have subsided and returned back to their pre-corona levels, VIX has settled significantly higher, especially when invoking the metric of traditional SPX/VIX directionality. The residual risk premium contained in VIX remains a function of concerns about structural issues and unknown paths of the economy – the same risks that prevents credit spreads for compressing further.