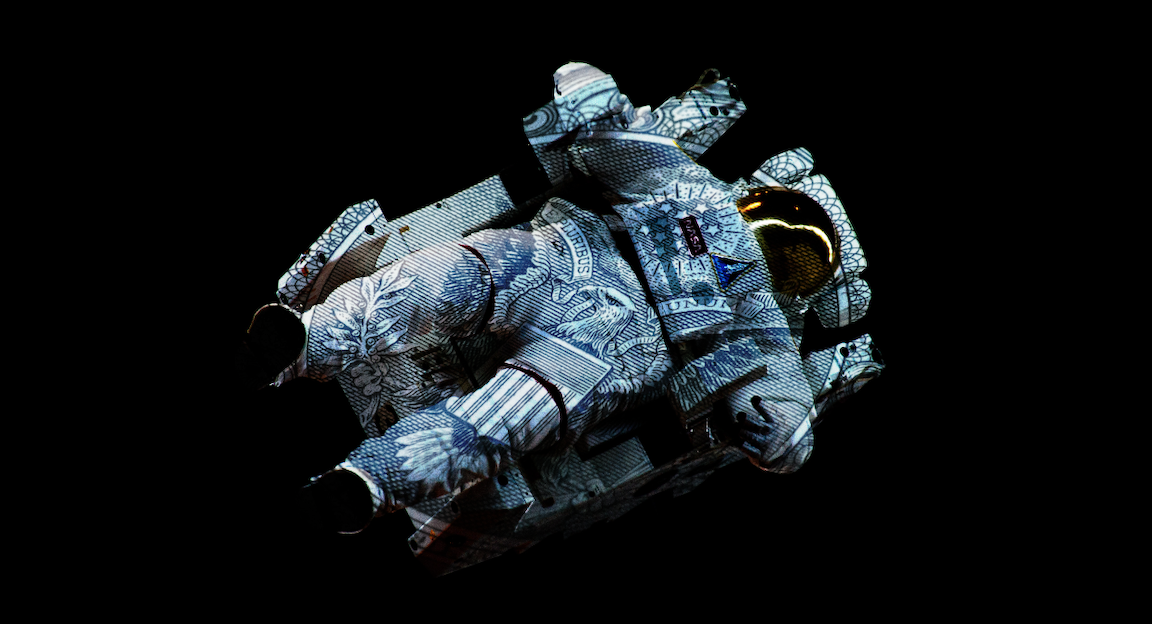 Analysts and, begrudgingly, mainstream economists, seem to be coming around to the notion that fiscal-monetary “partnerships” (wherein central banks enable and explicitly accommodate government spending) are likely to define the macro narrative in the years ahead.

In a sense, this is a circular, semantic debate.

A common refrain (which I’ve used in these pages, mostly for the sake of avoiding confusion at a time when the general public is just now beginning to realize what deficits and debt actually represent in advanced economies), is that the pandemic “brought forward” the expected long-term shift towards Modern Monetary Theory.

As one reader was keen to point out recently, that isn’t an accurate characterization if one believes MMT is simply a description of reality. After all, one doesn’t “implement” reality or bring it “forward”. Rather, one simply lives it.

This is where the debate becomes circular and semantic. At its core, MMT is indisputable. It’s fact. Indeed, it’s tautological. Which is one reason I often struggle with i) celebrating it as some sort of epiphany, and ii) understanding how it’s possible for it to have “detractors”. For example, the contention that “water is wet” is not an epiphany and it cannot have detractors because water is nothing if it’s not wet, and wetness has no meaning outside of water.

When it comes to MMT, you can divine its tautological nature with inductive reasoning. Congress doesn’t wait on April 15 to go to war, for instance. And the Pentagon doesn’t make decisions about whether to update fighter jets based on bidding metrics for the last 30-year Treasury auction.

But abstracting further, it’s as simple as this: There were no dollars before there were dollars. Taxing and borrowing in dollars on the part of the government cannot possibly precede government spending, because absent the government, there is no such thing as “dollars”.

Of course, if you’re a politician, you know how this works because you live it, but obscuring the fundamental reality from the public serves a variety of purposes, many of them critical.

It’s not a “conspiracy”, per se. For one thing, it’s pretty clear that many politicians don’t believe their own eyes — that both common sense and their own hands-on experience are somehow not to be trusted because the phrase “there’s no such thing as a free lunch” just sounds so damn convincing.

Beyond that, a situation where the general public is fully apprised of how government spending works could lead to unrealistic demands from voters, who aren’t likely to go much further when it comes to analysis once they grasp the basics.

Voters won’t, for example, care much about the myriad ways taxes are necessary and useful (e.g, they can be used to create incentive structures), once they come to terms with the fundamental concept that the government most assuredly does not “need” their tax money in the same way that they need a paycheck. Similarly, voters won’t care about why inflation serves as a limit on otherwise unlimited spending power.

Rather, once the public has an “Aha!” moment regarding deficits and debt in advanced, currency-issuing economies, any and all nuance will be, at best, of secondary importance. At worst, it will be totally ignored.

It is the public’s unwillingness (or inability) to engage analytically with nuance that arguably makes it dangerous for voters to be educated about how spending actually works in America (or in the UK, or in Japan, or in Australia, etc.).

This is ironic: We can’t educate the public because if we do, there’s no guarantee voters will further that education and attain the kind of mastery necessary to safely wield what, to many, will seem like a revelation after spending their entire lives stuck in the false equivalence between the federal government’s finances and the family checkbook.

But now, there’s no turning back. While the pandemic can’t properly be described as the event that “brought forward the implementation” of MMT (again, because MMT’s basic tenets are just a description of reality), it can be said that the stimulus programs unleashed across economies served as a wake up call for the public when it comes to understanding how government finance actually works. (I’d be remiss not to mention the fortuitous timing of Stephanie Kelton’s “The Deficit Myth”, which became a New York Times best-seller right in the middle of the pandemic.)

Every day we spend arguing over comparatively petty issues and persisting in the notion that advanced, currency-issuing governments are constrained in their capacity to spend by anything other than inflation, is a day wasted — and tragically wasted at that.

Deficit hawks claim to care about our “children” and our “grandchildren” who will purportedly be called upon to pay off the money we’re “borrowing from the future”. That is absurd. We cannot “owe” an amount denominated in a currency we print. That is a philosophical impossibility.

I don’t have any children. As such, it seems profoundly unlikely that I’ll have any grandchildren. But if I did, I wouldn’t be worried about their imaginary obligation to pony up tax dollars so that Washington can pay its bills.

What I would be worried about, though, is the distinct possibility that within 200 years, the planet will be uninhabitable. Or that, within 50 years, America’s infrastructure will be totally unsafe. Or that already spiraling inequality will lead to a complete societal meltdown that leaves future generations to exist in some kind of Mad Max-ish free-for-all.

Consider that while Republicans and Democrats have spent the last three months bickering over the difference between keystroking $1.5 trillion into existence or conjuring $2.4 trillion out of thin air, scientists have discovered what looks like life on Venus. Apparently, we could go over there (to Venus) and check it out in a matter of months (of course, months turns into years once the logistics and planning come into play, but you get the point).

In a sad testament to just how deeply-ingrained false notions about debt and deficits really are, the second linked article in the preceding paragraph finds the MIT Technology Review suggesting that “it’s not easy to justify spending hundreds of millions or even billions of dollars on a mission that could be over in a matter of hours and not give us what we need”.

Just think about that for a moment, I implore you. Some scientists now believe there’s “something alive” in the atmosphere one planet over, and not only does it barely make the news cycle, serious people are actually debating whether or not it’s “worth” spending a currency we print to go and check it out for ourselves.

I suppose I shouldn’t be surprised. This is a country where politicians on both sides of the aisle continue to pretend that wholly imaginary budget constraints are holding the government back when it comes to, for example, preventing ~30 million people from experiencing food insecurity during a pandemic (that’s how many answered “sometimes not enough to eat” or “often not enough to eat” in late July in response to a Census Bureau survey).

The absurdity of this has long been criminal. In 2020 it turned deadly. If we persist, it will be existential.

But hey, look at the bright side: When your grandchildren’s grandchildren can’t breathe the air anymore, at least the national debt won’t be out of control.

26 comments on “MMT Is From Venus”