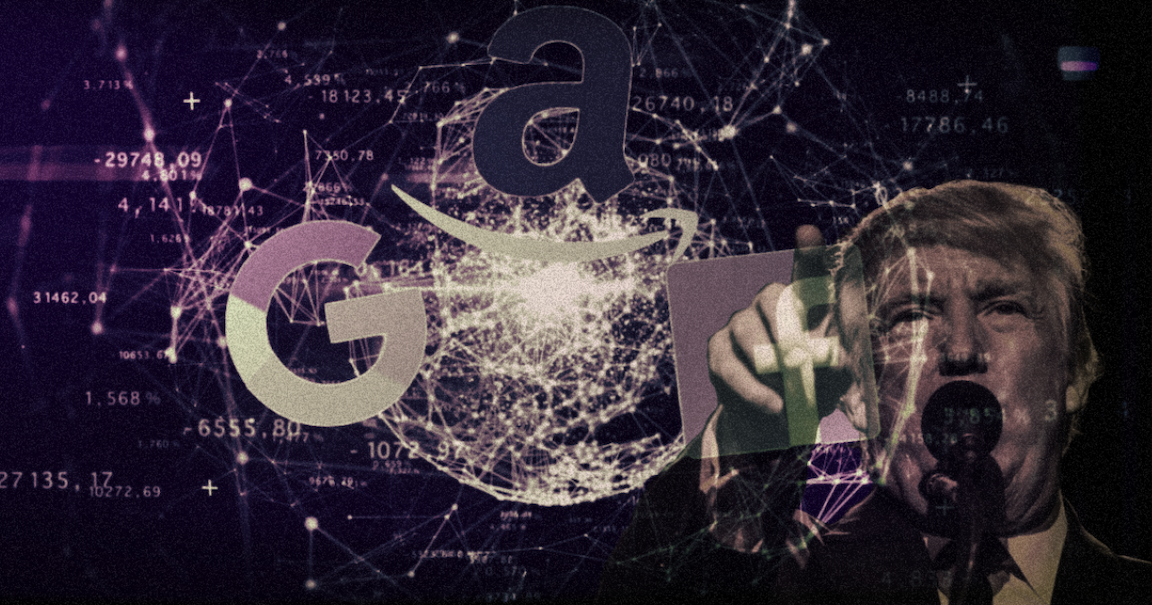 “Biggest and Best in the History of our Country, and not even close,” Donald Trump declared, on Thursday. The odd punctuation was in the original.

Naturally, the president was pleased with a set of third quarter GDP data which showed the world’s largest economy expanding at a record pace. He eschewed mention of the critical nuance.

Conspicuously missing, for example, was any acknowledgment that while the rebound was unequivocally good news, there’s still lost ground that needs to be made up. The economy is not, in fact, back to its pre-pandemic peak (figure below), and momentum has slowed.

None of that is an attempt to throw cold water on good news. And it’s also not to suggest that every politician on the planet wouldn’t do just what Trump was doing — namely, touting positive developments in the interest of scoring political points just days before a hotly-contested election. Rather, it’s just to speak the unvarnished truth: This was no normal recession. Economic downturns always destroy lives in one sense or another and people do die as a result of the economic fallout from recessions. But this one has killed more than 228,000 Americans, many of whom struggled to breathe during their final moments.

The virus is still with America, not to mention the world. And the Trump administration has not taken the necessary steps to stop its spread. So you’ll forgive anyone who finds themselves dejected by the president’s self-serving boasts. It’s not his optimism that’s off-putting. It’s the suspicion that it isn’t genuine, and the knowledge that the very numbers he celebrated Thursday arguably came at the expense of American lives which may have been saved had the country taken a less aggressive approach to reopening the economy. That could have been accomplished concurrent with economic stability had lawmakers been willing to get behind more virus relief, and more direct ways of delivering it to businesses, akin to some of the policies adopted in Europe.

And yet, to be fair, Europe is now experiencing a second wave that is more concentrated than the US epidemic. The region’s largest economies are likely headed into double-dip recessions, something Christine Lagarde made clear on Thursday following the October ECB meeting. Did Europe really “do better” than Trump? Maybe. But maybe not. The truth is, we’ll never know.

All we know is that both the US and Europe are grappling with uncontrolled outbreaks. In the Midwest, the seven-day average of new cases has a date with 400 per million, easily more than the South or the Northeast ever logged during their peaks in July and April, respectively. The latest data from The COVID Tracking Project shows 45,045 Americans were hospitalized with the virus as of Wednesday. That’s the most since mid-August.

The cash session in the US was a bit of a farce on Thursday. Wednesday was obviously a disaster, so some rebound was to be expected, but some of the afternoon gains were attributable to Trump talking up “a very big package” of stimulus measures, which he suggested are coming just after the election.

“We’re going to do a very big package as soon as the election is over,” Trump said, on a podcast. “Right after the election we’re going to get it one way or the other, it will happen.” In other words: Just vote for me and I’ll send you some money. Pinky swear.

Nancy Pelosi pulled the same schtick. “I feel very confident that Joe Biden will be elected president on Tuesday,” she told reporters. “We want to have as clean a slate as possible going into January.” She pitched that as an overture of sorts — an attempt to tell The White House that even if Trump loses, she’d like to get a deal done in the lame duck session. But at the end of the day, it’s the same story. Vote for me and I’ll send you some money. Pinky swear.

If my disgust is palpable, I’m ok with that.

Tech outperformed on the day, but it made little sense to mention it in real time. All of the titans were poised to report after the bell and while investor anticipation was in part responsible for the day’s outperformance, your “hot take” is stale as soon as it’s published if you don’t wait to see how the results pan out.

Now, about those results.

Alphabet easily beat on both the top and bottom lines, with $46.17 billion in revenue and $16.40 in EPS versus expectations of $42.8 billion and $11.28, respectively. The EPS figure appears to have come in ahead of even the most optimistic estimate. The company cited “broad based growth led by an increase in advertiser spend in Search and YouTube as well as continued strength in Google Cloud and Play.” As far as I can tell, the company beat on nearly every, single metric. Net revenue of $38.01 billion represented a return to top line growth for the company after an unprecedented drop in the second quarter. Analysts expected $35.4 billion.

Facebook beat as well, posting EPS of $2.71 on revenue of $21.47 billion, with the latter representing 22% growth. The market was looking for something in the neighborhood of $1.90 on $19.8 billion. Apparently, the advertising boycott was of little consequence. Both profit and sales look to have come in stronger than the top-end of the range. It’s the same story across metrics. It all looks like a beat. The company did warn that  “a significant amount of uncertainty” lies ahead.

Amazon posted EPS of $12.37. As usual, I’m unable to discern the extent to which consensus is comparable. The market was looking for $7.50, or thereabouts. Revenue was $96.15 billion, right at the upper-end of the range. The revenue guidance range for Q4 of $112 billion-$121 billion looks to be easily better than consensus. Profit guidance assumes $4 billion in COVID-related costs. AWS sales were up 29%.

As for Apple, EPS of $0.73 was a slight beat, but nothing spectacular. The same goes for revenue. $64.7 billion looks like a beat, but not a blowout. iPhone sales of $26.44 billion was a miss, but I suppose one can write that off to consumers waiting on the 5G devices. iPad and Mac revenue both beat. Services revenue of $14.55 billion was better than expected. No guidance was provided.

CFO Luca Maestri called it an “outstanding quarter” which capped off “a remarkable fiscal year, where we established new all-time records for revenue, earnings per share, and free cash flow, in spite of an extremely volatile and challenging macro environment.”

That “extremely volatile and challenging macro environment” benefited each one of the four companies that reported after the bell on Thursday, helping to drive record concentration at the index level for the largest tech names, and huge outperformance for their shares.

Antitrust action and allegations of bias around social media platforms cast a bit of a pall over this quarter’s numbers, but really, that kind of scrutiny is nothing new. And many believe breaking these companies up would actually unlock value.

How the market will ultimately greet these numbers remains to be seen. The after hours action isn’t always a solid indicator. It’s probably safe to call the numbers “strong,” though, even if investors are inclined to take the position that nothing is ever good enough.

As for the US economy, Trump was thankful for the timing of Thursday’s GDP report. And, true to form, he just came right out and said as much. “So glad this great GDP number came out before November 3rd,” the president remarked.

4 comments on “These Great Numbers”