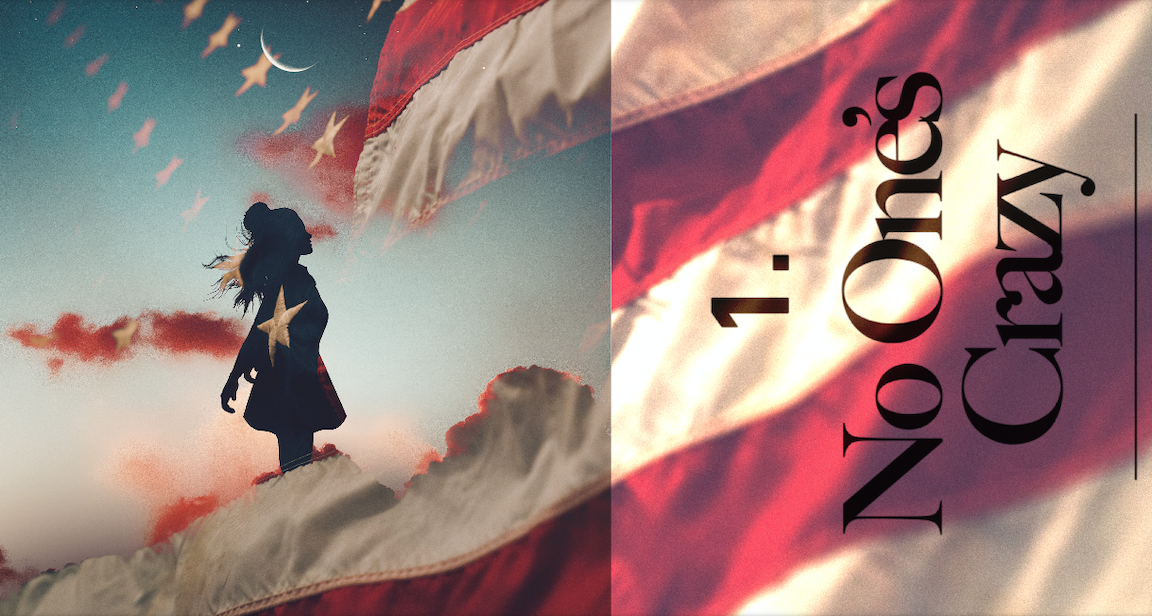 “When the sky is falling, Congress will act,” Claudia Sahm told Bloomberg, for a Thursday piece on automatic stabilizers.

Sahm, whose name you may have encountered lately, penned an Op-Ed for The New York Times earlier this month. “As soon as the crisis stabilized enough for partisan inaction to not be political suicide, legislative paralysis returned,” she wrote, of the seemingly intractable stimulus stalemate inside the Beltway. “It was far too soon to end relief but Congress did it anyway.”

Yes, they did. And while there’s plenty of blame to go around, you’d be lying to yourself if you didn’t acknowledge the 800-pound gorilla in the room: Mitch McConnell and the GOP-controlled Senate.

The clumsy waltz between Nancy Pelosi and Steve Mnuchin grabbed virtually all of the headlines in October, but the fact is, without McConnell’s blessing, no comprehensive relief package ever had a chance of becoming law.

Americans have come to expect legislative gridlock from their elected representatives. Those expectations go a long way towards explaining Congress’s pitiful public approval ratings, which have languished below 25% for the better part of 15 years.

The latest figures from Gallup show just 19% approve of the way Congress is handling its job. Believe it or not, that is actually an improvement from the August 31-September 13 reading, which was 17%.

While lawmakers acted to avert an outright economic calamity when the pandemic forced a nationwide lockdown earlier this year, it doesn’t say anything good about Congress that the sky had to fall (to use Sahm’s metaphor) in order to compel legislators to legislate.

As seen over the past three months, the problem comes when the sky isn’t necessarily falling anymore, but millions of people are still jobless, hungry, and generally suffering from the kind of precarity that should never be widespread in any advanced, currency-issuing economy, let alone across the richest nation in the world.

The failure on the part of lawmakers to reach a stimulus deal prior to the election is a disaster of epic proportions, but perhaps even more lamentable is the extent to which the public doesn’t demand better.

The Democratic establishment’s argument for Joe Biden essentially came down to the idea that nothing could be left to chance in this election — that this wasn’t the time to run a “radical” because that risked a second term for Donald Trump.

If Biden loses, that calculus will seem woefully misguided in retrospect. But even if he wins and Democrats do manage to take back the Senate, you can be almost certain the chart above will look about the same four years from now as it does today. Americans will still have almost no faith in government.

Why? Well, a comprehensive answer is the purview of books, not short articles, but part of the problem is that the majority of Americans don’t seem to understand their own interests. If they did, they’d vote for a socialist.

There’s also an element of self-deception. Most people cling to the idea of upward mobility in a sad attempt to escape the mathematical odds, which are unambiguously stacked against any one person becoming a multi-millionaire or even becoming a member of the top 10%.

The most poignant manifestation of this self-deception is Americans’ aversion to a wealth tax despite the rather self-evident fact that it would not apply to the vast majority of Americans, and if, by some miracle, you beat the odds and it does one day apply to you, that will be a good problem to have. Put differently: America is full of temporarily unlucky millionaires.

There are three key factors that help explain “success” in America. One is being white. A second is being male. And a third is being born to wealthy parents. It follows that if you check all three boxes — i.e., you are a white male born to wealthy parents — then your chances of success are much greater than someone who checks only one of those boxes and exponentially higher than someone who checks none of them.

Note that none of those factors are merit-based. Rather, they are luck-based. Sure, there are some exceptions, and yes, hard work does pay off, as does innovation. But the idea that most of America’s well-to-do overwhelmingly “deserve” what they have because they’ve worked “harder” or “longer” or lived a more virtuous life than someone who is less fortunate, is largely a fairy tale.

Because wealth has a way of multiplying exponentially, the mathematical reality is that absent a more progressive tax regime and a complete, “radical” rethink of fiscal policy, American society will become more and more unequal.

With apologies, Biden isn’t going to change this situation. Trump will make it immeasurably worse, if not on purpose then certainly by accident. That, perhaps more than anything else, is Trump’s calling card: He makes bad situations worse and good situations bad, not always by design but infallibly nevertheless.

The Bloomberg article mentioned here at the outset notes that “Democrats have backed a bigger role for [automatic stabilizers] during the coronavirus slump [and] Biden says he wants to apply them in future recessions too.” This would strengthen the economy’s capacity to right itself without having to rely on mercurial, scheming politicians with ulterior motives or, if you like euphemisms, the vagaries of the legislative process.

Sahm is quoted as saying that “July 31 is the reason that we should have automatic stabilizers.” The reference is to the drop-dead date when extra federal unemployment benefits rolled off. “That was when Congress broke down in terms of the discretionary process of sending out more relief,” she added.

At that point in the article (through no fault of Sahm’s, by the way) the piece goes totally off the rails. One particularly cringe-worthy passage reads “one big question… is how to pay for such plans.”

To be fair, Bloomberg acknowledges that the federal government can “create money” and pays lip service to the notion of a federal jobs guarantee. But the fact that this is even debated anymore — that the notion of “paying for it” even comes up — is a sad testament to the state of public discourse and a damning indictment of the country’s almost masochistic tendency to insist that the money we ourselves print must be sourced from without. That somehow, America must go looking for the dollars it needs.

That manifestly absurd notion is everywhere and always accompanied by the idea that some level of acute economic suffering is inevitable for large numbers of people. That “full employment” (in a literal sense, where everyone who wants a job always has one) isn’t attainable or worse, somehow isn’t desirable.

This is all nonsense. And yet, nearly everyone traffics in this nonsense on a daily basis. So entrenched is this nonsense that even Bernie Sanders failed to communicate the realities of government finance in America while debating his fellow Democrats during the primaries.

Rather than explain things, Sanders trafficked in the same objectively false notion that everything he proposed needed to be “paid for,” which in his case meant running on a platform that could be roughly summarized as “f**k the rich or, better yet, let’s eat them!” If the “establishment” was plotting against Bernie (as right-wingers like to insist in a bid to divide the left), can you really blame them?

The fact is, you don’t need to tax the rich or anyone else in order to pay for social programs. It might be desirable to do so for other purposes, but it’s not necessary if what you mean by “necessary” is that the government is somehow short on a currency it can create at will.

At some point, Americans are going to have to wake up and vote for a truly Progressive (with a capital “P”) candidate who understands how government finance works and who is steeped enough in classic economic theory to explain, in terms that everyday Americans can understand, why everything they thought they knew is false.

The immediate problem: There is no such candidate.

Or at least not one who has publicly tipped a 2024 run.