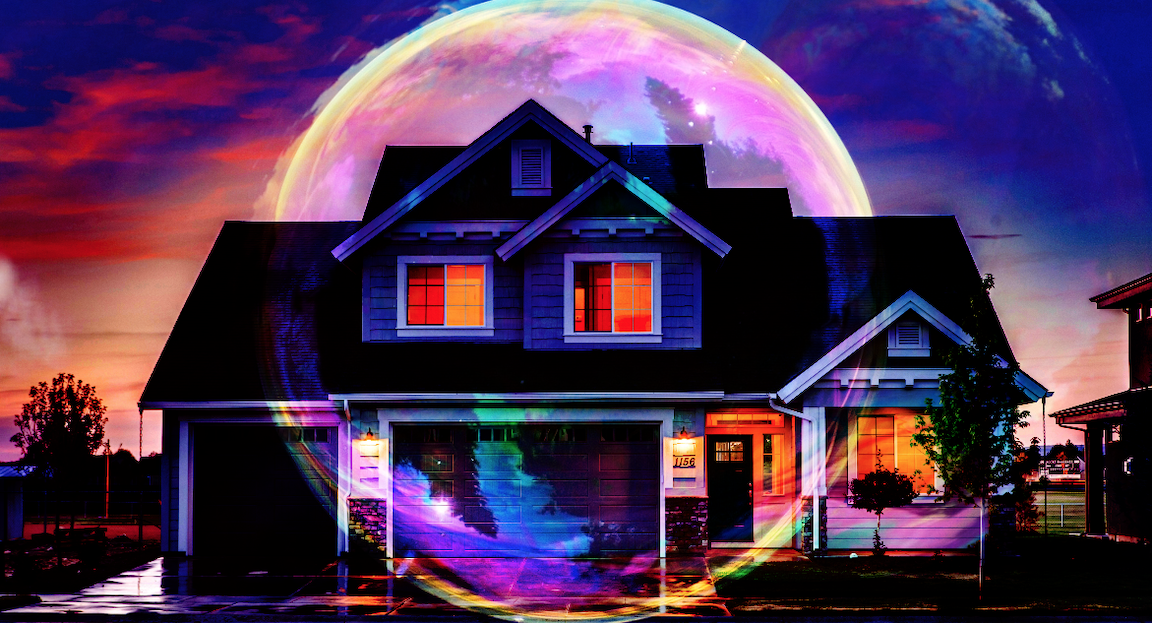 It’s hard to know whether to cheer or shudder at ongoing signs of strength in the US housing market.

On one hand, we should be grateful for any and all bright spots in a virus-blighted year that brought the worst downturn for the global economy since the Great Depression. And make no mistake, the US housing market is one candle that’s burning bright indeed.

Additionally, it’s nice that Americans are buying homes. Home ownership is fundamental when it comes to building personal wealth and it’s generally synonymous with family life which, I’m told, is nice too (although being the unmarried isolationist I am, I wouldn’t know).

On the other hand, the housing boom is a product of the pandemic. The proliferation of work-from-home arrangements and the distinct possibility that, for many workers, such arrangements will be at least semi-permanent, have stoked demand. Meanwhile, the realities of pandemic lockdowns and the inherent danger of living in close proximity to other humans when a highly transmissible virus is infecting ~50,000 Americans per day, have prompted a flight to the suburbs.

But leaving aside my literary extrapolation and pretensions to sci-fi screenplays, a more straightforward, immediate concern is simply that record low mortgage rates have inflated a new housing bubble.

The latest evidence of this came Thursday, in the form of another blowout existing home sales print. Contract closings surged 9.4% last month (21% on year), to an annualized 6.54 million pace. That’s the swiftest since May of 2006.

This insatiable demand pushed the median selling price up nearly 15% YoY to almost $312,000. Homes sat on the market for barely three weeks last month. That is a record low.

“Home sales traditionally taper off toward the end of the year, but in September they surged beyond what we normally see during this season,” Lawrence Yun, NAR’s chief economist remarked. “I would attribute this jump to record-low interest rates and an abundance of buyers in the marketplace, including buyers of vacation homes given the greater flexibility to work from home.”

More than 70% of listed properties sold in September were on the market for less than a month.

“It’s looking like 2003 redux, as existing home sales continue to surge thanks to urban exodus and low, low rates,” Bloomberg’s Cameron Crise wrote Thursday. “It would be ironic after years of low rates and financial repression in the aftermath of the GFC if we ended up back right where we started — with a housing bubble,” he added.

It would be ironic, wouldn’t it?

Meanwhile, rents in the world’s most expensive cities continue to plunge. In the (extremely unlikely) event you’re looking for an apartment in Manhattan and you enjoy being a goldfish, they’re basically giving away studios at this point.

Any takers? My guess is, they’ll wave your security deposit too.

One professor of urbanism at Princeton is optimistic — at least as it relates to the potential for lower prices to create what she called “a more equitable distribution in housing.” “We love cities, we love to congregate,” she told Bloomberg this week.

In addition to her teaching job, she’s also a landlord.