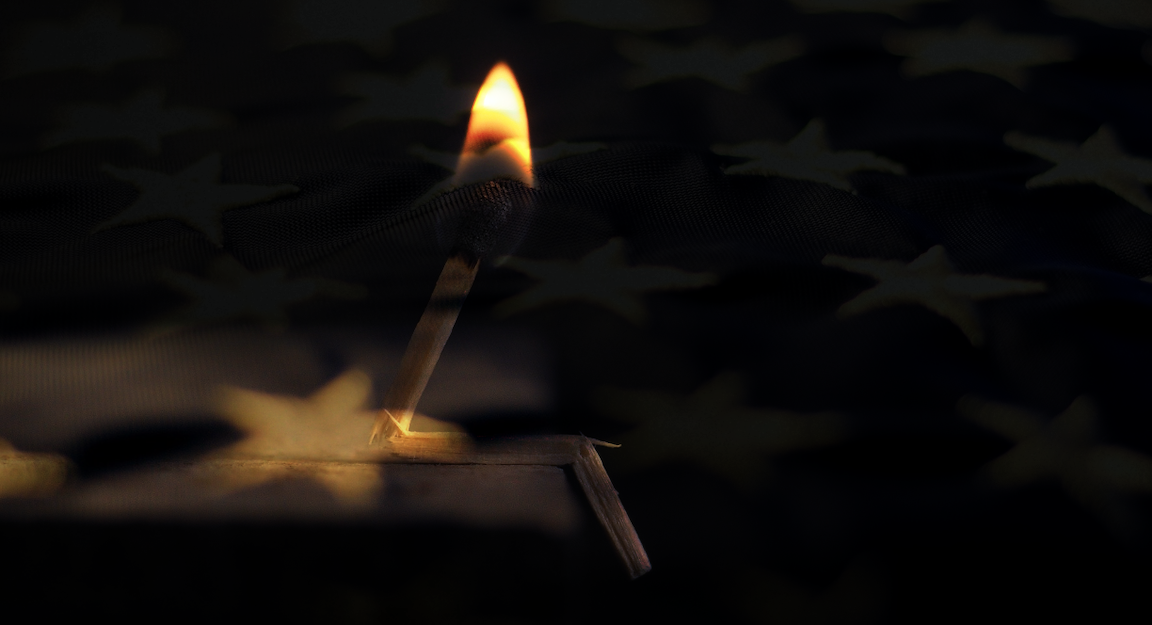 “So stimulus is over until the election(?) And so are Trump’s odds of winning it, according to the vast majority of the punditry”, Rabobank’s Michael Every wrote Wednesday, following a truly surreal 12 hours, even by the standards of the surreal times in which we live and trade.

It’s important to recall how the narrative around “phase four” stimulus in the US has evolved.

When key provisions from the last virus relief bill began to roll off in late July, most analysts assumed another package was a foregone conclusion or, at the least, more likely than not. Consensus coalesced around a $1.5 trillion headline figure.

When the Senate left town in August, forcing Donald Trump to sign a series of “Band-Aid” executive orders, some analysts attempted to make the case that the odds of additional stimulus had actually increased, given that Trump’s extension of the federal unemployment supplement tapped a finite pool of repurposed disaster relief funds which, by virtue of being finite, would run out, likely within 45 days.

“Happily”, that 45-day runway would dead end during the last week of September, when lawmakers would need to pass a stopgap funding bill to avoid a government shutdown. That deadline, combined with the expiration of Trump’s executive order on additional weekly unemployment benefits, would “force” a stimulus deal. Or so the story went.

Weeks passed with no progress (no talks even) and midway through last month, Mnuchin and Pelosi agreed to pass a “clean” CR, with no stimulus measures attached. That was good news in that it averted a shutdown, but it also negated the argument that the government funding deadline on September 30 would compel a stimulus deal.

Talks resumed in earnest last week, with Mnuchin and Pelosi coming within striking distance of an agreement, even as Mitch McConnell remained nowhere close to either headline figure ($1.62 trillion and $2.2 trillion, respectively). The House passed a Democrat-only, slimmed down HEROES Act last Thursday, putting further pressure on Mnuchin.

Then, Trump got sick. That was seen as galvanizing support for a bipartisan deal, and Trump demanded just such an agreement in a tweet from the hospital. Through it all, McConnell never budged, though. Or at least not that anyone knows about.

Fast forward to Tuesday, and Trump torpedoed the talks between Mnuchin and Pelosi, only to later tweet his support for a pair of targeted measures aimed at small businesses and airlines, and, of course, another round of checks with his signature on them.

“In attempting to gauge the degree to which present valuations are based on investors’ assumptions that a fiscal deal will become a near-term reality, Trump’s actions on Tuesday were informative”, BMO’s Ian Lyngen, Ben Jeffery, and Jon Hill wrote Wednesday morning.

“Given the contained magnitude of the correction in domestic equities, we’re left to conclude one of the following”, they added, before suggesting that either “stocks don’t need additional stimulus to sustain S&P 500 >3300, the market didn’t believe Trump was truly walking away from the table, or investors’ assume that if a deal isn’t reached pre-election one will still be accomplished by year-end – and presumably larger in the event the consensus outcome for the November vote comes to fruition (i.e. the Democrats sweep”).

That brings us to Wednesday. We’re now staring at one (or more) of the following:

“If the current polling at both the national and state level holds, and former Vice President Biden were to win the election in November, fiscal stimulus may indeed come but will have to wait until Q1 of next year when a new government is seated”, Deutsche Bank remarked on Wednesday. “Even though many observers had attributed a low probability to an agreement prior to the election given the short timeframe and the negotiating distance between the two groups, the President’s comments rippled through markets”.

“I don’t read what the Street says [but] it’s apparently muttering Street-ily about a Democratic sweep”, Rabobank’s Every went on to say, employing some of his signature sarcasm in the Wednesday note cited here at the outset. “That could well be true [but] the polls this time four years ago also showed Clinton up 10-12 points in swing states”.

And that gets at why nobody trusts the polls this time around.

There is one difference between now and 2016, though. Namely that voters have witnessed nearly four years of Trump as president. Whether you believe it’s all his fault or not, America is looking at chaos on virtually every front. Stephen Miller said he too was positive for COVID-19 on Tuesday evening, and the virus is apparently on the brink of penetrating the Pentagon, with senior leadership in quarantine after possible exposure.

“The most negative scenario for risky assets is NO clear presidential winner on election night”, the bank added, noting that “clients believe the S&P 500 would fall by 3.4% in the subsequent 24 hours, 10-year USTs would rally the most by 4.1bp and USD would strengthen on risk-off”.

The stimulus about-face from Trump recalls his ill-advised decision to preemptively take “credit” for the government shutdown late in 2018. That gambit contributed to a stock market collapse (December 2018 was the worst December for US equities since The Great Depression) and underscored the sheer, blatant futility of persisting in the fantasy that America will construct a giant wall along the border with Mexico.

But perhaps more telling when it comes to the president’s state of mind (and the perils of allowing him to hold the office he holds for another four years) were some of the tweets surrounding his late-night stimulus exhortations.

“[The] media is in on it. A true scandal!”, the president exclaimed. “A Disgraceful Con Artist! Charges anyone?”, he went on to wonder. “New FDA Rules make it more difficult for them to speed up vaccines for approval before Election Day. Just another political hit job!”, he pressed, again pushing a baseless conspiracy theory that “deep state” actors at the FDA are delaying a vaccine in a bid to overthrow him.

Also somewhat disconcerting was Trump’s laughably desperate move to “declassify” documents around Hillary Clinton’s e-mails and the Russia probe. I doubt there’s much utility in calling that anything other than what it is: Grasping at straws. Anything to rescue The Titanic even as impact with the iceberg came months ago.

Tens of millions of Americans are unemployed. Small businesses are closing their doors permanently. 210,000 people are dead from a virus that is now working its way through The White House. The economy, Q3’s mechanical bounce notwithstanding, is in shambles. Americans are protesting in the streets by the thousands, tens of thousands, or hundreds of thousands depending on which city and which month you want to cite. This is not a good situation. And America’s virus-stricken president is up near midnight tweeting about Hillary Clinton’s e-mails.

All of this from a man who paid just $750 in taxes in 2016 and 2017 and paid no federal income taxes in 10 of the last 15 years. The visual (below) is a stark reminder that while not everything that’s befallen the US in 2020 is Trump’s fault, the notion that he is capable of managing the economy better than a first-year business student is flat-out laughable.

Facts and reality have a way of catching up to folks one way or another. Who knows, Trump may yet prevail in November. After the 2016 experience, you can scarcely write him off, although even there, he lost the popular vote and received material support from various foreign misinformation campaigns, even if he didn’t “collude” with them directly.

I’ll leave you with a few passages from a classic Notes From Disgraceland commentary which seem particularly apt on Wednesday.

In the same way small sporadic indebtedness — occasional borrowing to have ends meet — is different from massive dependence on debt to cover the costs of a gambling habit, there is a qualitative difference between isolated lies and habitual or perpetual lying. Lies are a debt to the truth; persistent lying is accumulation of debt without collateral.

Trump is not an occasional liar; he is addicted to lies. The fundamental axiom/algorithm of his life, and the main pillar of his business, is condensed in the simple realization: If I owe you $100, it is my problem; but if I owe you $1 million, then it is your problem. Trump’s entire business “acumen”, the only thing he really knows, is contained in this one sentence.

He is a one-trick pony, an avid Ponzi-scheme practitioner socializing his risks and neutralizing himself against his bad decisions and actions. Doubling down on every lie is a strategic debt management maneuver, not in a good or intelligent way, but in a way that reflects incapacity for anything else. It is a survival skill acquired during a lifetime of bad business decisions out of which it was impossible to escape by any other means except with the help of other bad decisions. Such a context requires an ever-expanding line of credit, which draws his creditors into the position of his accomplices. Once they are fully in, they become partners and co-owners of that debt – it becomes their problem.