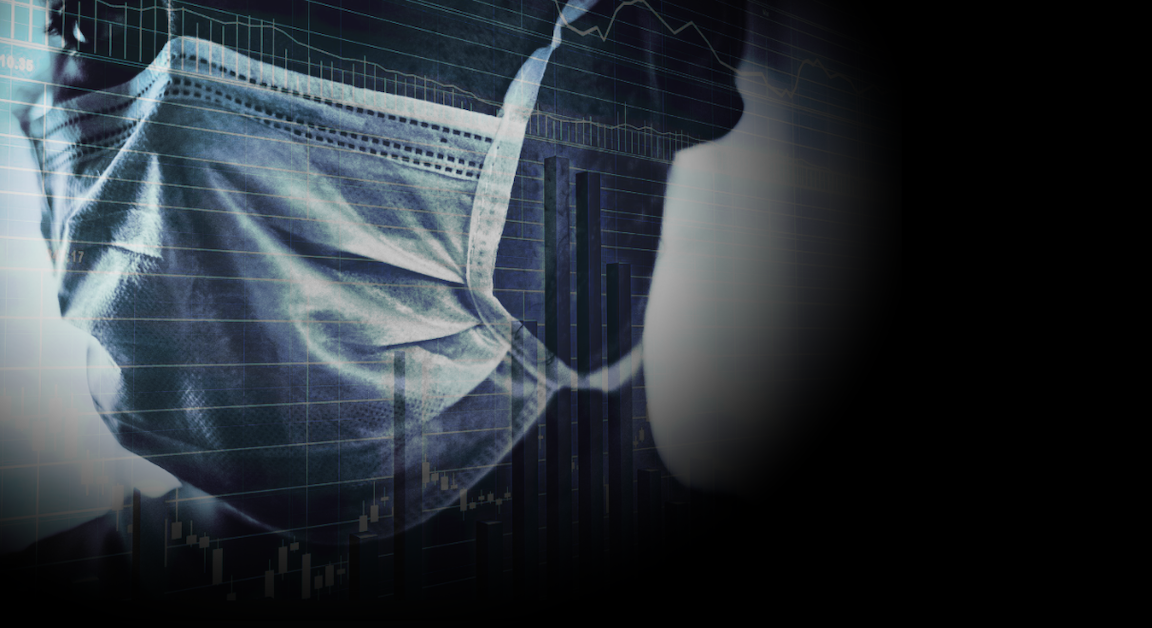 Equities were muted or mixed globally, while the virus grabbed headlines as the worldwide COVID-19 death toll passed the one million mark.

It’s a grim milestone to be sure, and it underscores one inescapable conclusion: This is not under control. Wu Zunyou, chief epidemiologist at China’s Center for Disease Control and Prevention, said as much Tuesday, warning that it’s unlikely the pandemic will be contained in the near future. It’s still at its peak, Wu said. The US accounts for around a fifth of global deaths.

Although India reported “just” 70,580 new cases (the lowest in a month, if you can believe it), the nation’s healthcare system is strained. One particularly vexing issue is a shortage of medical oxygen, which is primarily produced in eastern and western India. That, Bloomberg’s Ragini Saxena explains, leaves “large areas of the densely populated north and center without quick access to the essential medical supply”. The linked piece quotes Saket Tiku, president of All India Industrial Gases Manufacturer’s Association, who warned of supply chain stress. “Going forward we need to be careful and very, very sensitive to oxygen use”, Tiku cautioned.

Meanwhile, Angela Merkel is getting nervous. In a video chat with regional leaders Tuesday, the chancellor is set to advise the implementation of restrictions on gatherings. “This is not the time for parties with 300 people”, Saarland premier Tobias Hans dryly remarked.

Economic confidence in the euro area rose a fifth month in September, but is nowhere near pre-crisis levels.

Clearly, new lockdowns and the resurgence of the virus in the region will weigh going forward. “Economic sentiment in the Eurozone improved in September, but at a slower pace”, ING said. “With new local restrictive measures being taken to contain second waves of the virus, downside risks to the outlook are becoming more significant for the fourth quarter”.

One expert recently said the real death toll from the virus could well be 1.8 million already and might reach three million by year-end. If that were true, it would rank COVID-19 fifth on the top 10 causes of death list globally based on 2016 data, behind only heart disease, stroke, COPD, and lower respiratory infections.

Obviously, this is an ongoing concern for markets and while it’s become impossible to pin down exactly when and where it’s manifesting across assets on a daily basis (there was a time during the height of the panic earlier this year when you could point to ticks attributed to adverse virus headlines), it’s safe to say it serves as a drag on sentiment on days when there’s little to no offsetting news flow.

For oil, it’s a near constant source of worry. “Global deaths from COVID-19 hitting the 1 million mark as economies struggle to contain the virus ten months after it first appeared is providing a clear lens to focus on global health concerns”, AxiCorp’s Stephen Innes remarked on Tuesday. “This suggests navigating the new normal for the oil market will continue to be problematic, highlighted by numerous fits and starts throughout Q4”, he added, noting that “the presence of the coronavirus makes calling oil markets direction exponentially more uncertain than in regular times”.

Glencore said some supermajors will likely fail in the coming energy transition. That highlights the existential nature of the situation, which finds energy companies staring down both climate concerns and, now, a pandemic that’s hurting demand.

The first presidential debate in the US will take center stage (figuratively and literally) later Tuesday. Rabobank’s Michael Every sums it up in his characteristically colorful cadence:

This has all the makings of a classic to rival The Rumble in the Jungle between Foreman and Ali. Except in this case, almost everyone will be watching what they believe might be The Bungle in the (media) Jungle. Indeed, supporters of *both* candidates will be transformed into nervous parents at an expensive Ivy League prep school on the evening of their very young child’s first-ever school play: rictus smiles and silent prayers as the curtain rises that their special one makes them proud rather than having a tantrum, forgetting their lines, falling asleep, or generally humiliating themselves. After all, neither man has a reputation for eloquence, remaining calm at all times, clearly getting their point across to neutrals, or remaining gaffe free.

For what it’s worth, Goldman is out reiterating that a Democratic sweep would be “modestly positive” for S&P 500 earnings. David Kostin contrasts that with the consensus view that a blue wave would be a “major negative”.

Specifically, the bank says more fiscal spending “funded” by higher tax revenue (and note that we’re all still operating under the patently false notion that taxpayers “pay for” government spending) would juice growth, which would then offset the hit from higher corporate tax rates.

In other words, stimulate the economy from the demand side, and if you insist some of the spending has to be offset, tax companies which can surely afford it. Once you put people to work, consumption will rise, as will corporate revenues and profits.

What a concept! And here I thought the only way to solve our problems was to reduce corporate tax burdens to zero and give windfalls to billionaires. Who knew there was another way?!