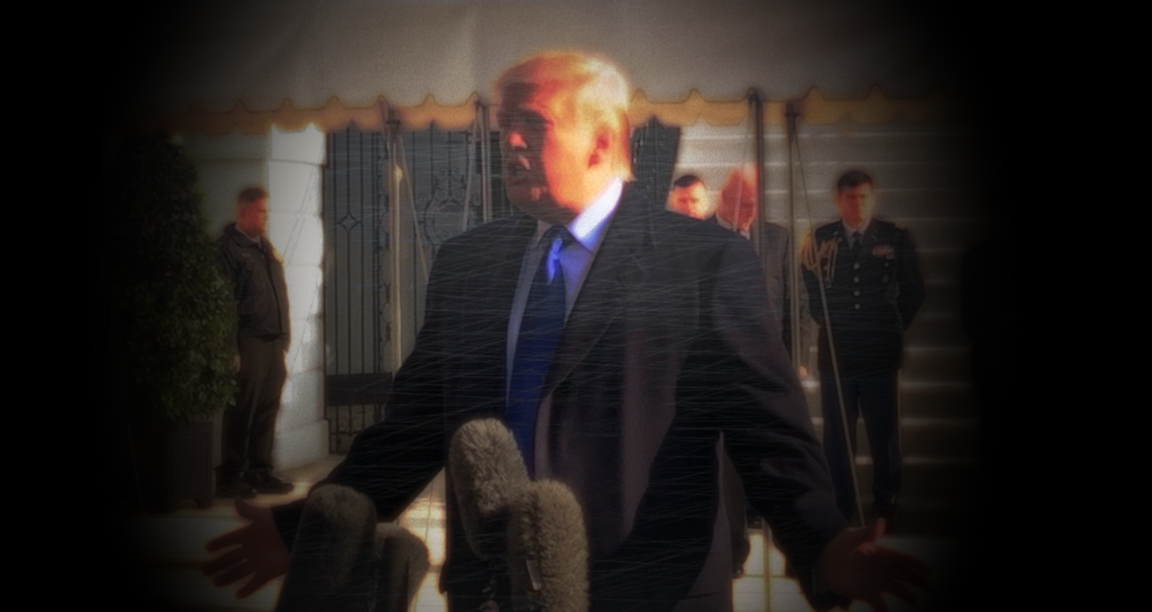 A day after Wilbur Ross’s Commerce department issued prohibitions that would shut down WeChat in the US and effectively freeze TikTok from Sunday, Donald Trump said Oracle’s deal with ByteDance can proceed.

Or at least that’s what it sounds like based on characteristically nebulous remarks to reporters on Saturday.

“I have given the deal my blessing”, he declared, Caesar-like, before departing The White House for a rally in North Carolina. “I approved the deal in concept”.

It’s wasn’t immediately clear what that meant, but by now, the market has a pretty good idea about the “concept”. With the caveat that these details are subject to change, Oracle will take a stake in a new, US-based company called “TikTok Global”. Oracle would have access to TikTok’s source code and all updates. Existing ByteDance investors, along with Walmart, would have stakes in the new entity, with the end result being a company majority-owned by American investors.

Among the stipulations is a requirement that the board of directors include only US citizens and that the new company create a national security committee chaired by an American who will serve as a go-between with CFIUS.

Again, all of that is based on reporting from Bloomberg, Financial Times, and Reuters, as well as public remarks from US officials. And it is all subject to change.

“They’re gonna report the full scope of the deal very soon”, Trump said Saturday. “It will be totally controlled by Oracle and Walmart. All of the control is Walmart and Oracle”.

Beijing still needs to sign off on the deal, and based on what’s known about the details, the idea that “it will be totally controlled by Oracle and Walmart” depends on the definition of “it”. I suppose we’ll have to “see what happens”, as the president likes to say.

One thing that seems clear enough, though, is that all US parties involved in “TikTok Global” will be keen to take it public relatively soon, probably on a US exchange. As noted here on Thursday, that would likely result in a windfall for everyone involved, including Oracle, whose Larry Ellison is a Trump supporter and fundraiser.

On Friday, Trump spoke to Ellison and Walmart CEO Doug McMillon over the phone. The president reiterated his intention to extract a cash payment from the deal. This particular aspect of the ByteDance shakedown is highly amusing for the sheer brazenness of Trump’s demand.

As far as anyone can tell, there is no precedent whatsoever for Trump’s cash payment idea, something which left the president incredulous last week. “Amazingly I find that you’re not allowed to do that”, he mused. “I said, ‘What kind of a thing is this?’ There’s no way of doing that from a — there’s no legal path to do that”, he added.

No, there’s not. Mostly because that is naked extortion. And considering extortion is generally illegal, there is not, by definition, “a legal path to do that”.

Like you, I can’t help but laugh. It shouldn’t be funny. But it undeniably is.

In any case, Trump on Saturday suggested that a $5 billion educational fund setup by the new company would serve as an acceptable placeholder for the payment he still wants. “They’re going to be setting up a very large fund”, Trump said. “That’s their contribution that I’ve been asking for”.

As for Joe Biden, the former vice president obviously agrees that TikTok is a concern but, like everyone else, can’t quite wrap his head around the timing, let alone the cash payment.

“It’s a matter of genuine concern that TikTok has access to over 100 million young people, particularly in the US”, Biden said Friday, before expressing consternation about “what Trump does and the way he does it”.

“All of a sudden he’s decided he’s going to deal with TikTok, and he’s talking about how we have to make money off of it. I mean what the hell is he talking about?”, Biden asked. “Either it is a security risk or isn’t”.