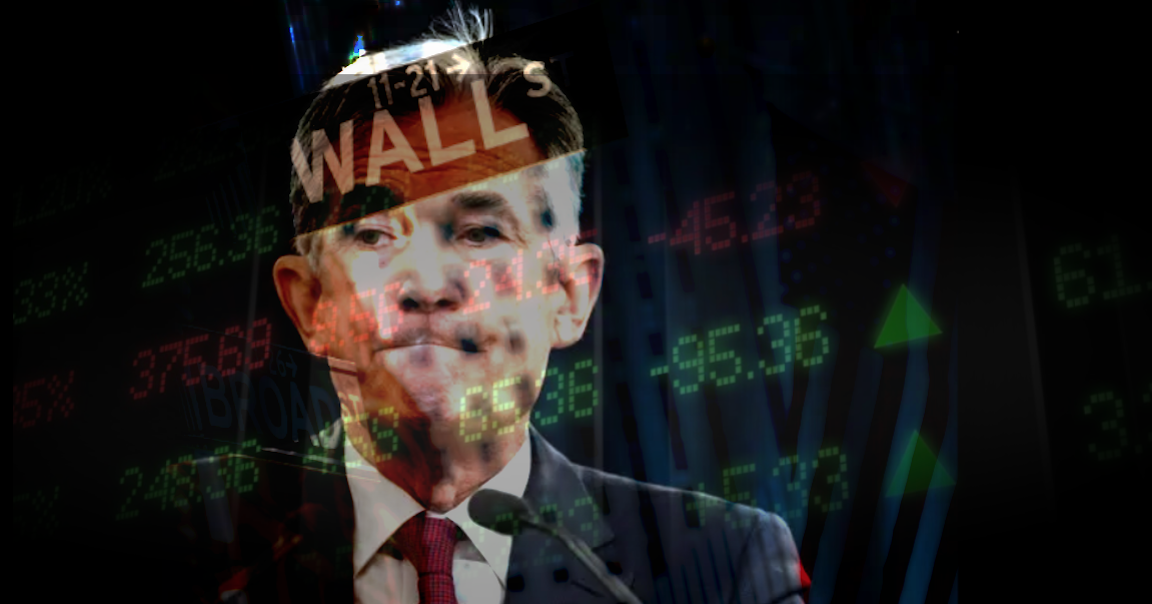 Jerome Powell described the Fed’s new, outcome-based forward guidance as “strong and powerful” on Wednesday, during his virtual Q&A with the media.

If I may be so presumptuous, Powell came across as less confident compared to the sure-footed demeanor he discovered in March, when the pandemic delivered to the Fed chair a sense of purpose he seemed to lack previously.

“Over time forward guidance will provide very powerful support for the economy”, he said, editorializing around the new FOMC statement, which explicitly linked rate hikes to the achievement of full employment. “Guidance is a strong and powerful thing”, Powell pressed.

It’s easy to chuckle, but Powell is right. Forward guidance, when it’s credible, is indeed “powerful”.

In fact, forward guidance goes quite a way towards explaining why market-based measures of volatility slumbered through all manner of geopolitical tumult from 2015 all the way through the end of 2017.

It was forward guidance, reinforced by asset purchases from the ECB and the BoJ (among others), which inflated the short vol bubble in all its various manifestations.

“Through their communication with the markets, central banks, and the Fed in particular, have become ‘good listeners’ with their decisions and actions made with markets’ consent”, Deutsche Bank’s Aleksandar Kocic wrote, in January of 2018, describing just this state of affairs. He added that,

After years of this dialogue, the markets have gradually surrendered to the ever shrinking menu of selections that converged to a binary option of either harvesting the carry or running a risk of gradually going out of business by resisting. Not much of a choice, really.

Generally speaking, the market didn’t expect the Fed to actually roll out new guidance on Wednesday. Everyone knows rate hikes are a long (long) way off, so most analysts assumed the Fed would take a “what’s understood doesn’t need to be said” approach. If nothing else, the Fed’s decision to pre-commit to keeping rates on hold until certain outcomes are on the books demonstrates an awareness that the new policy framework unveiled last month may be seen as weak-willed without some manner of follow-through.

What the Fed didn’t deliver on Wednesday was any concrete guidance on when the maturity profile of asset purchases will be extended. Initially, the market didn’t seem perturbed by that, but Powell’s response to a direct question on the subject was met with adverse price action.

Asked specifically when it would be prudent to shift WAM in a bid to make QE more “stimulus related”, Powell stated the obvious — namely that $120 billion/month in asset purchases represents quite a bit of buying already.

Simply put: That wasn’t good enough. It indicated the Fed is content with the current size and composition of QE. Treasurys erased gains on their way to session lows, the curve steepened, the dollar trimmed losses, and stocks gave up the rally.

You might be inclined to call that a somewhat ridiculous overreaction, especially considering Powell made it (more than) clear that the Fed is ready and willing to ramp up QE beyond the current pace and tweak the schedule if necessary, but these markets are both spoiled and administered. That means they want and need (respectively) guidance on where to go next.

Powell also emphasized that while the economy has recovered perhaps more quickly than anticipated in some areas, the path ahead is highly uncertain. “That may continue or it may not”, he said, flatly. “Wear a mask and keep your distance while you’re in the workforce”, he advised, when pressed on how to control the virus.

Asked about the Main Street Lending program (which, at this point, it’s safe to call a “dud”), Powell pushed back on the notion that it’s been a total failure and demurred when asked about reports that Treasury’s guidance to banks on lending might be contributing to low participation.

On inequality and the Fed’s role in alleviating it (or exacerbating it), Powell reiterated that it’s Congress’s job to address societal inequities. “We can’t get at those things through our tools”, he said. “We don’t have the ability to target particular groups”.

He did, however, repeatedly emphasize that the Fed is fully apprised of the disparities and seemed to suggest that the committee would be more than willing to help out if it had the authority. Critics will invariably charge that the Fed’s “tools” are remarkably efficient when it comes to bolstering the rich via the inflation of financial asset prices. And yet, it’s hard to argue with Powell’s contention that “distributional issues are for our elected officials”.

It’s also worth noting that the Fed chair is becoming bolder over time about addressing these points. “I take them seriously because they are holding back the productive capacity of our economy”, he remarked, while lamenting the lack of educational opportunities for some Americans and inadequate access to healthcare. “If we want the highest output, we need [broad] prosperity”, he went on to say.

Towards the end of what felt like a somewhat painful press conference, Powell once again attempted to reinforce the notion that the Fed is committed to remaining accommodative in what might as well be perpetuity. “We will keep policy accommodative even after we lift off”, he declared, virtually pleading with markets to take a hint.

He should know it’s never enough. Indeed, he said so himself back in 2012. Recall the following passage from the transcript of that year’s October FOMC meeting:

I have concerns about more purchases. As others have pointed out, the dealer community is now assuming close to a $4 trillion balance sheet and purchases through the first quarter of 2014. I admit that is a much stronger reaction than I anticipated, and I am uncomfortable with it for a couple of reasons. First, the question, why stop at $4 trillion? The market in most cases will cheer us for doing more. It will never be enough for the market.

“Why stop?” indeed. Fast forward eight years and chair Powell is presiding over a $7 trillion balance sheet, and struggling to convey to the market that $120 billion in asset purchases per month and rates at zero forever should be sufficient.

Asked Wednesday by Michael McKee if fiscal policy is now all that’s left in terms of stimulus, Powell channeled his Japanese counterpart. “I certainly would not say that we’re out of ammo. Not at all”, he insisted. “We have lots of tools. We’ve got lending, [the] balance sheet, and further forward guidance”.

3 comments on “Jerome Powell Relearns A Lesson He Taught In 2012: ‘It Will Never Be Enough For The Market’”