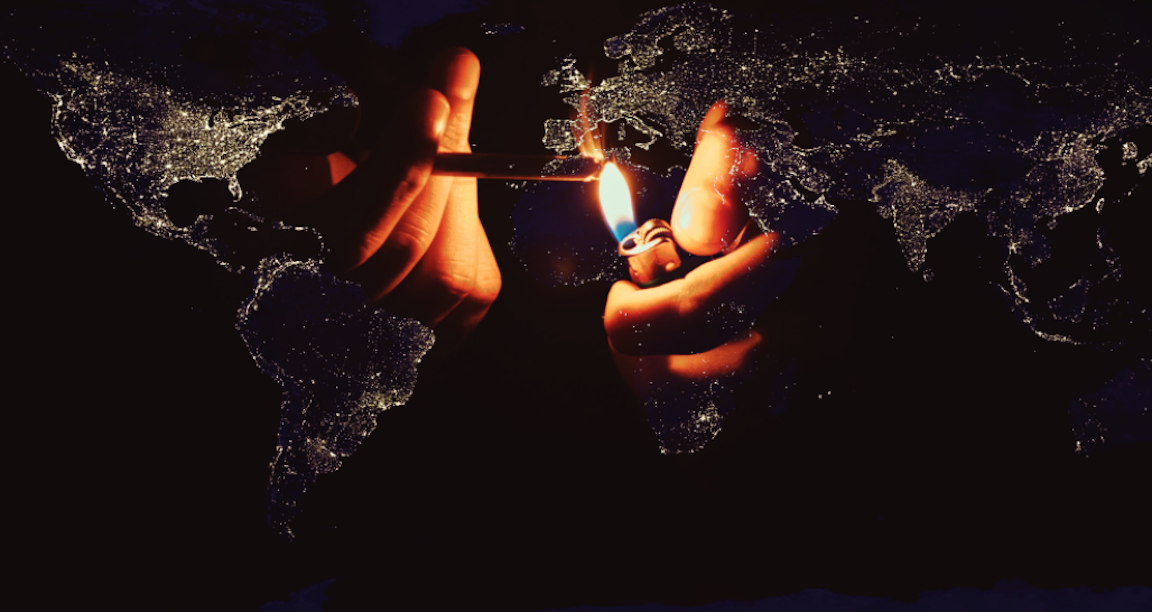 “Despite” is a word that gets bandied about quite a bit these days.

For example: US equities managed to rise a third week despite escalating geopolitical tensions and seemingly intractable gridlock inside the Beltway.

Or, perhaps more poignant: the S&P briefly topped its record closing high from February despite concerns that the economic fallout from the worst public health crisis in a century is far from over as the US death toll mounts and Main Street disintegrates.

For their part, Goldman employs the word in the course of lifting their target for the S&P. “[We’re] raising our S&P 500 year-end 2020 target to 3,600 reflecting a 7% return despite election uncertainty”, the bank’s David Kostin says.

He then takes you on a brief trip down memory lane. When the S&P was last at current levels, “the world was in a far distant place”, he writes, adding the following,

Back to the future. Six months ago, on February 19th, the S&P 500 Index reached an all-time high of 3386. US GDP was expected to grow by an average of 2.1% in 2020. Both the fed funds rate and the 10-year US Treasury yield equaled 1.6%. Consensus 2020 and 2021 EPS estimates for the S&P 500 were $176 and $196, implying 1-year and 2-year forward P/E multiples of 17.3x and 15.8x, respectively. Then, the coronavirus hit. The world stopped. Economies froze. The S&P 500 plunged by 34% in 23 trading days. More than 20 million people globally and 5 million individuals in the US contracted COVID-19. Tragically, more than 750,000 people worldwide have died of the virus, including 167,000 in the US. The Fed cut the funds rate to near-zero. Congress opened the fiscal spigot and implemented a variety of income-replacement policies designed to help individuals and businesses bridge to the other side of the pandemic.

Kostin goes on to call it “remarkable” that the S&P has recouped the entirety of its pandemic plunge, noting that out of the 51% rally, 14 percentage points came courtesy of the FAAMG cohort.

Generally speaking, Goldman’s take on the economy is optimistic. Earlier this month, for example, the bank said upside calls may be attractive given the distinct possibility that their optimistic growth case tied to an early vaccine is realized.

The bank is looking for the US economy to rebound 6.4% in 2021 after a projected 5% contraction this year. That is easily above consensus, which sees just 3.9% growth next year for the world’s largest economy.

Goldman’s upbeat forecast is based in part on the assumption that “at least one vaccine will be approved by the end of 2020 and will be widely distributed in the US by mid-year 2021”, the bank reminds you.

The bank’s EPS estimate for next year is $170, above consensus, but as documented here, they acknowledge that the rebound will be uneven across sectors.

Equity prices are, of course, about more than just projected earnings. “The rate at which those earnings are discounted to present value” matters quite a bit, and “a plunging risk-free rate partially explains why equities have performed so well despite downward revisions”, Kostin writes.

He then notes that with breakevens now unchanged, the entirety of the 90 bp decline in nominal 10-year US yields from the February S&P highs is down to real rates.

That is the same discussion from “Picture Perfect: The Fed Gets ‘Exactly What It Wants’”. In that linked June piece, I wrote that the divergence between real yields and breakevens, and equities’ lockstep rise with the latter, are precisely what the Fed wanted to engineer, even if officials would invariably contend the rebound in stocks is a secondary concern. “The Fed must be happy”, TD’s Priya Misra said at the time. “Well, at least pleased that the market has heard them”.

The table (above) shows you the assumptions Goldman uses. There are, of course, a number of caveats, not least of which is uncertainty surrounding what is sure to be a contentious election.

While Goldman’s new forecast calls for “just” 7% further upside to year-end for stocks, Kostin admits that the new target represents a marked change from the bank’s previous base case. Specifically, it is 20% higher.

There will doubtlessly be those who will compare the new year-end target to the bank’s mid-March warning that the S&P could fall as low as 2,000 (or 1,700 based on the experiences during other recent recessions).

But, to quote from his latest, “the world was in a far distant place [then] compared with today”.

10 comments on “‘Then, The World Stopped’: Goldman Raises S&P Target By 20% After ‘Remarkable’ Six Months”