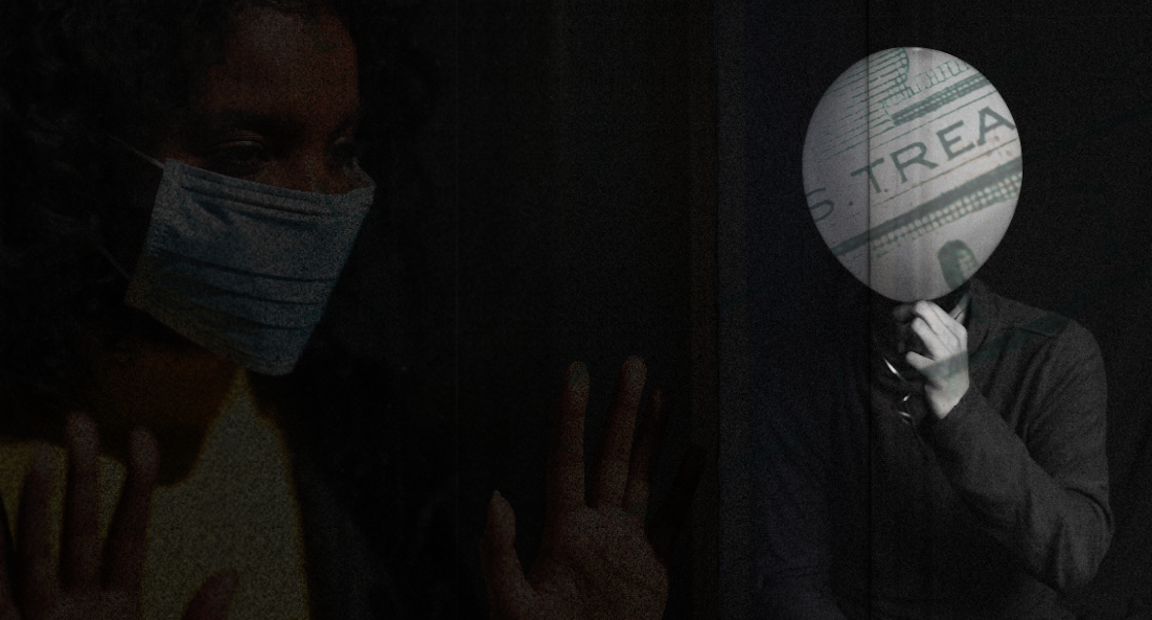 “I don’t know”, Nancy Pelosi said Thursday, asked when she might sit down again with Steve Mnuchin to resume talks around a new virus relief package for the US economy.

“When they come in with $2 trillion”, she added, alluding to a compromise figure Democrats have billed as a “halfway” point between the two sides.

The idea of the talks extending into September and becoming entangled with wider discussions around government funding should be a non-starter for both sides. But it’s at least possible that The White House is rolling the dice on the economy and stock market effectively bridging the gap between what Democrats insist is necessary and what Republicans are prepared to offer.

Mnuchin confirmed that Pelosi and Chuck Schumer have refused to meet unless the administration pre-commits to a proposal of “at least $2 trillion”. Trump this week said “no one in their right mind would approve” Pelosi’s plan. It wasn’t clear if anyone had informed the president, but some contend the current occupant of the Oval Office is not, in fact, in his “right mind”, so perhaps the deal has a chance after all.

Jokes aside, it is now eminently possible that each passing day which sees US equities climb the wall of worry, and each incrementally positive data point, will harden the administration’s position.

In that regard, the combination of headlines about stocks having reclaimed all the ground lost in the pandemic plunge in record time and news that jobless claims are now below 1 million for the first time since the onset of the crisis, is potentially perilous.

Indeed, as noted here on Thursday morning, because Trump’s executive order extending the federal unemployment supplement taps a finite pool of money, the lower claims are, the longer that stash of diverted disaster relief funds will last, and the less onerous will be the burden on states. Trump can thus hold out, comforted by the notion that every week of declining claims buys him a little bit more time.

Estimates following Trump’s executive orders suggested the funding would last between one and two months. While it might be true that claims simply can’t fall fast enough to materially extend that time line, every little bit “helps”, especially if it means the difference of getting to the end of the fiscal year on September 30. Neither side would want to chance a government shutdown with a month to go until the election, but Trump is a gambler, and if stocks are still moving higher midway through September, it’s not out of the question that he would use the deadline as leverage.

This is a key risk that may be underappreciated by market participants.

Wells Fargo was among the few banks that didn’t have another round of virus relief penciled in as their base case. And, as of earlier this week, they still didn’t.

“For months we have resisted explicitly putting another sizable round of stimulus in our forecast, and for now we are maintaining that view”, the bank’s Michael Pugliese wrote, in a note dated August 10.

“Lost amid the negotiations is the need to pass a budget by the end of the fiscal year on September 30”, Pugliese went on to say. “Perhaps negotiators can continue to hammer away in the coming weeks, and then in September pass both a funding bill and a COVID-19 relief bill at the same time”.

While consensus in the market is that the two will be separate, there is a growing chorus of those suggesting the September 30 deadline will be leveraged by both sides and/or will serve as a kind of insurance policy against no deal getting done at all.

“The deadline to pass a stopgap spending bill will become the key deadline”, Bloomberg wrote Thursday, citing a former senior GOP Senate aide, who said that “neither the Republicans nor the Democrats would be likely to risk a government shutdown before the election”.

Forgive me, but this seems like it could be a disaster in the making. The White House and Republicans are leaning on the notion that the stock market is somehow a reflection of the economy, even as the very people who are directly responsible for engineering the rally in both equities and corporate credit (i.e., the Fed) have repeatedly warned that more fiscal stimulus is an absolute necessity.

As discussed ad nauseam in these pages (recently here), most everyday Americans simply don’t care all that much about the stock market. The most needy Americans don’t care about it at all for the simple reason that they don’t own any stocks to speak of (figure below).

Please note that this is an even more vexing situation than usual. There are two distinct risks here, and I’ll summarize them as succinctly as possible.

The near-term risk is simply that described above — namely, that the GOP uses the stock market as an excuse to remain recalcitrant on providing more stimulus to the real economy, where about 30 million people are either hungry or on the verge of literally starving, according to the Census Bureau’s Household Pulse Survey.

The longer-term risk may have started to show up in the July CPI data released on Wednesday.

While we all know the data is noisy right now, and while most agree that the deflationary side of the pandemic will surely overwhelm its inflationary characteristics for the foreseeable future, market-based measures of inflation expectations are rising. Breakevens, for example, have erased the entirety of the swoon from the virus, helped along by oil prices which have doubled over the same period.

When you consider that alongside what very well might end up being structurally higher unemployment, the situation is not favorable for Main Street.

“Swiftly mounting inflation while the unemployment rate remains in the double digits has a name”, BMO’s Ian Lyngen, Jon Hill, and Benjamin Jeffery half-quipped on Thursday morning. “Given that such an environment has historically been linked to an external supply/price shock, the steady weakness of the dollar is a key underlying consideration”, they added, noting that “the risk of importing inflation rises the further the [dollar] selloff extends”.

They go on to make it clear that it’s far too early for policymakers to be worried about this, but consider it in conjunction with the disproportionate ownership of equities. Recall the following from Harley Bassman, who recommended bullish trades in stocks late in June (a good call, to be sure):

If the economy realizes a U-Shape recovery, stocks will jump to new highs. If the economy founders, the Fed will support financial assets via zero rates and QE~ until Congress can load the MMT fiscal cannon. Indeed, this will not end well in the long-term, that’s a problem for another day.

Perhaps retail will shiver along with the bearish pundits, but there is no Plan B for institutional money. Buying bonds at 1.42% is near certain suicide since the terminal payoff is in fiat currency that the Fed is actively depreciating. Buying Equities is a claim on real assets that offer a long-term inflation hedge.

Again, I ask: What about the jobless and the bottom 90% of Americans (to say nothing of the bottom 50%) would didn’t own many (or any) stocks headed into the pandemic and surely cannot afford to buy any now? What is their inflation hedge? Probably not the real estate they don’t own.

Once again, we see everyday Americans at the mercy of political wrangling with very little in the way of downside protection if brinksmanship goes awry or if policy choices lead to poor economic outcomes. If there were listed puts for American empire, now would be a good time to buy-to-open.

Read more: Quarantinis (And A Glimpse Into Our Not-So-Distant Future)

13 comments on “Stalemates And Stagflation”