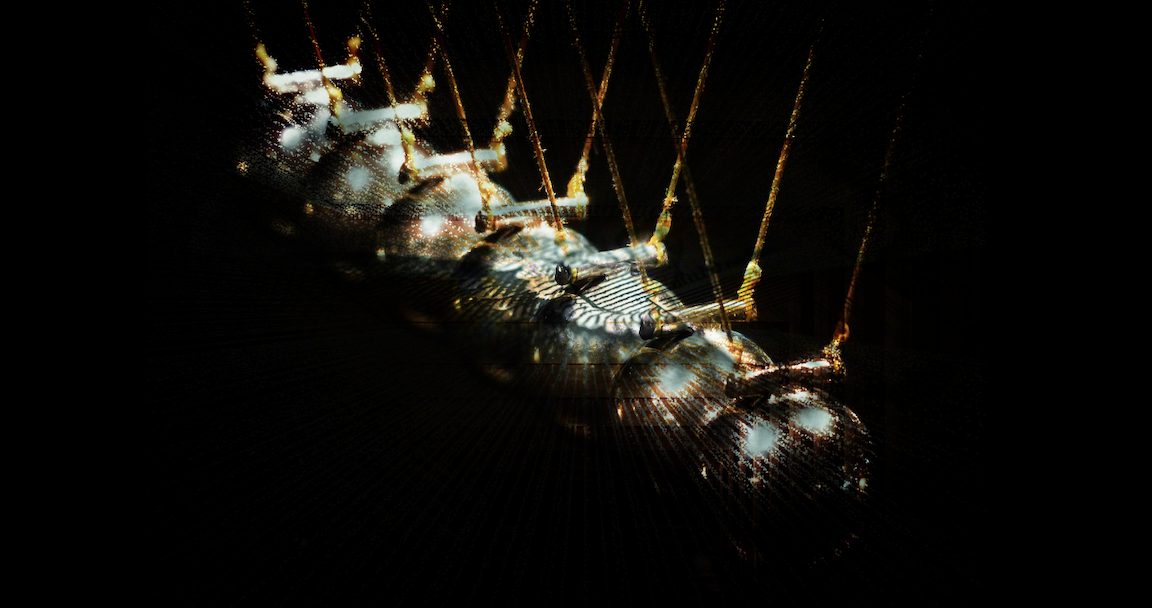 It’s a question worth considering in a world where bond yields don’t have much further to fall.

In addition to the reduced scope for yields to go lower, the market’s sensitivity to monetary policy communications prima facie raises the odds of “tantrum”-like events in fixed income. That could mean that the bond allocation of multi-asset portfolios has become a source of considerable risk. In March, for example, turmoil in the Treasury market catalyzed massive one-day swings for simple 60:40 funds.

As investors across the globe rushed to liquidate everything that wasn’t tied down to raise USD cash, the dreaded “diversification desperation” set in.

“‘Treasuries as your hedge’ [went] horribly wrong for bond-stock correlation investors, as the rolling vol-shock… accelerated the ‘VaR-down into Cash’ behavior from investors of all types”, Nomura’s Charlie McElligott wrote at the time, flagging what he described as “obvious de-leveraging and capitulation in even purported ‘safe-havens'”.

The Biggest VaR Shock Since Lehman & The Risk Parity Panic

Ultimately, what came to be known as the biggest VaR shock since Lehman triggered massive de-leveraging in risk parity, which in turn exacerbated the cross-asset malaise.

“The past months have seen the emergence of an intense debate about the future of 60:40 or balanced fund industry, as well as that of risk parity funds”, JPMorgan’s Nikolaos Panigirtzoglou  wrote, in a note out late last month. “The argument being that the prospect of very low, likely around 1% per annum, returns for fixed income in the foreseeable future will make these funds… unattractive from a return perspective”.

In that context, Panigirtzoglou doubts the demise of balanced funds and risk parity is at hand. The point, he writes, isn’t so much about nominal returns as it is about diversification.

For a decade (at least) investors have been afforded the opportunity to “have their cake and eat it too”, as it were. Bonds and stocks rallied together over time, even as their correlation was generally negative. This meant that multi-asset portfolios enjoyed low volatility and higher risk-adjusted returns. I talked about this earlier this week while documenting some highlights from Marko Kolanovic’s latest missive.

“Clearly their returns have been boosted by the secular decline in yields in a way that is less likely to be repeated going forward”, Panigirtzoglou concedes, but notes that diversification, not return potential, is the primary driver of demand for these funds. That, in turn, raises the question of whether the correlation between government bonds and equities will remain negative going forward.

Speaking to that, Panigirtzoglou wrties that “to the extent the US Agg return correlation with the S&P has risen this year, it has been mostly due to the correlation of US HG corporate bond returns with equities having turned positive during [the] market correction as the credit risk component of returns dominated the duration component amid the sell-off”. On a 3-month rolling basis, the correlation of Treasury index returns with stocks is “little changed” on the year, he adds, which suggests US government debt’s portfolio hedge characteristics “remained intact”.

Across the pond, the story is a bit more convoluted. Because some periphery debt (e.g., Italy) trades more like corporate credit in a pinch (i.e., it sells off), a snapshot of the correlation between European equities and the European aggregate bond index is arguably misleading. Isolating bunds, the correlation has remained negative.

That’s actually remarkable considering the ostensibly limited scope for German debt to rally, something that isn’t lost on Panigirtzoglou, who writes that,

If we instead look at the correlation of daily returns of the German government bond index to Eurostoxx returns, this has remained negative throughout despite the fact that the yield on the index having traded in a range between -30 and – 90bp year-to-date. In other words, central bank policy rates are not necessarily a lower bound for yields, particularly during flight-to-quality episodes.

Having established that correlations between quality government debt and equities are still reliably negative, Panigirtzoglou says the prospect of shifting the allocation in multi-asset funds to more heavily weight equities risks making the fixed income component “too small to serve as a hedge”.

Specifically, he notes that “risk parity funds or 40:60 equity:bond portfolios have produced higher Sharpe ratios than 60:40 or 80:20 portfolios over the past decade”, which means you need more bond exposure, not less in a portfolio characterized by “predominantly equity risk”.

Obviously, you can’t simply replace government bonds with corporate credit, as risk-off episodes can be (and usually are) characterized by rising correlations between credit and stocks.

And what about gold? That’s clearly of interest in the current environment, in which precious metals have staged a truly historic surge amid deeply negative US real rates and concerns about debasement on a global scale.

There are two (obvious) problems with substituting gold for government bonds when it comes to hedging equity risk.

The first is just that gold is an inert hunk of metal that doesn’t actually do anything. Panigirtzoglou is more diplomatic than that. “Replacing government bonds with gold… entails replacing an asset with yield (even if lower currently) with a non-yielding asset”, he writes.

But perhaps more poignantly, he reminds you that depending on the circumstances, gold can lose its luster in a hurry. Amid the yellow metal’s recent surge to all-time highs, gold proponents conveniently fail to mention what happened in March, when the world appeared to be falling apart in earnest. Allow me to remind you: gold was dumped indiscriminately.

Part of that was down to investors selling to meet margin calls in other assets, but at the same time, plunging breakevens and concurrently higher US real yields exacerbated gold’s losses, with the dollar once again proving that when push comes to absolute shove, there is only one real haven: the greenback.

“The correlation between equity and gold returns is highly variable and dependent on the source of the shock given that real yields are a key driver for gold”, Panigirtzoglou notes, before specifically mentioning the episode illustrated in the figure (above).

The gold-equity correlation was positive in March (gold fell as stocks fell) and, as you might surmise, is still positive given that central bank actions have bolstered equities (the Fed “put”) while simultaneously buoying gold (“lower forever” on rates and “money printing” to finance QE).

Panigirtzoglou admits that “going forward, it is possible that if central banks keep a lid on real, not just nominal, yields, gold could perform better as a tactical hedge in a risk-off environment than in March”.

While that is indeed “possible”, it should not be taken as a given. If the growth outlook were to deteriorate suddenly and significantly, or if some other factor (e.g., another plunge in oil) were to come along and drive breakevens sharply lower, it would be difficult for the Fed to act quickly enough to prevent a spike in real yields.

In any case, coming full circle, JPMorgan’s contention is that 60:40 and risk parity funds “are not doomed despite the lower return potential of fixed income” in the post-pandemic world.

9 comments on “Are 60:40 And Risk Parity Funds Doomed? (And The Two Weeks Gold Bulls Like To Forget)”