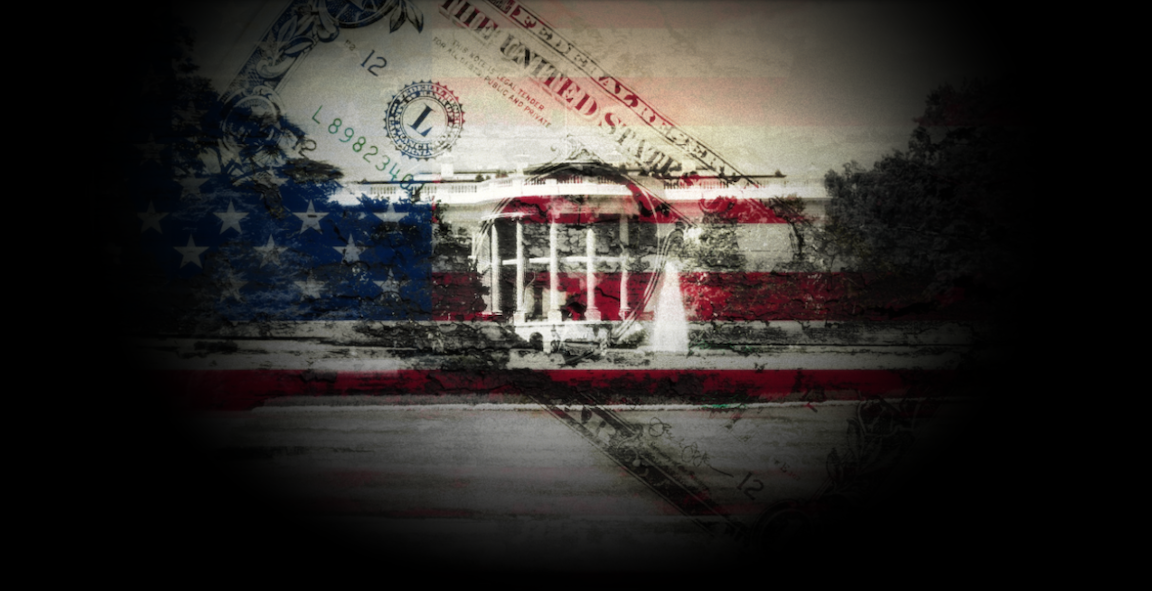 [Editor’s note: The following is the latest commentary by Harley Bassman. If you’re not familiar with Bassman, he created the MOVE – more here.]

“The King is dead, long live the King”, or so the crowds chanted upon the death of the French King Charles VI and the coronation of Charles VII in 1422.

Despite assertions to the contrary, our President is not a “King” – or at least not yet. That said, whether we keep our dear leader or elect a new one, this election will likely be consequential for both our politics and policies.

So far the options market is (rightfully) distracted by COVID-19 and is paying little mind to the election. Thus, in today’s Commentary – “Long Live the King”, I take the opportunity to detail a short-term tactical trade.

While not quite threading a camel through the eye of a needle, this ticket requires one to have both a market view and a tolerance for risk.

I tend to eschew short-term ideas since they generally require greater skill than I possess, but these tickets are all relatively stable and provide “off ramps” along the way if one desires to exit early. [Full disclosure, I own all three versions.]

One would think a few summer months in the Hamptons might allow my nerves to dial back from a disquieting complex of National traumas; not limited to a bewildering pandemic, a constrained economy, and smoldering civic unrest – but that is not to be the case.

Instead, our political class is engaged in endless bickering, even on topics for which they should generally agree. Perhaps for August they should take advice from Notorious RBG (Justice Ruth Bader Ginsburg): “In every good marriage, it helps to be a little deaf.”

So, if a Sidecar and charcuterie plate at the local beach pub are off the menu, let me offer up a short-term trading notion to profit from political avarice.

Elections have consequences, which is why it is so strange that less than 56% of our eligible population votes despite a wider majority who believe the country is on the wrong track. As a further irony – the 18 to 24-year-old cohort is so agitated they are willing to risk their health in large public gatherings, yet has the lowest voter participation rate at barely 44%.

Notwithstanding the above, the markets have no such cognitive dissonance as they usually remain keenly focused upon elections. The -adenanthera line- below is the Implied Volatility for options on a blend of G-10 Foreign Currencies centered before and after a general election.

Surely it is no surprise that option prices tend to start rising about six weeks prior, which this year will occur on September 22nd. While COVID presently dominates the news, the consequence of this election will soon come into focus.

Ideally, one might purchase a forward starting option to avoid the time decay (theta) over the summer. The trouble here is that despite the existence of such exotic derivatives, one cannot lock in the strike price until the start date, which defeats the purpose if one is trying to hedge a portfolio at current levels.

The easier path is to construct a forward starting option by hand. Here, one might sell a three-month option to buy to five-month option as a way to own the time slice between October and December.

The complication here is that the term (expiration) surface is usually steeply sloped for equity options, such that longer-dated options sport a much higher Implied Volatility than shorter-dated expiries.

Anomalously, as a result of extremely high Realized Volatility combined with a general fear that the market is balancing on the inflection point of a classic bear market rally, the Term Surface is presently inverted with the September and October VIX futures trading near 31 and 33 respectively while the December VIX future is near 29.

If you have an opinion about the course of this election cycle, and are willing to take a bit of risk, here is what I like:

A bit more risk with a greater likelihood of a nice pay-out:

You just have a view and you are not going to blink:

Below is a Profit and Loss chart; it shows the change from the purchase price, not the market value.

The -aubrieta line- shows the (projected) profile on August 16 assuming the volatility surfaces are unchanged over the range of 225 to 350. The actual profile may be even better since Implied Volatility will surely rise if SPY breaks below 300. Also, note that the maximum loss in a rally is the premium paid.

The -mandarin line- is a similar construction but projected for September 16. Notice the increase in value in the middle range as the time decay (theta) for the October option exceeds that of the December option.

The -arugula line- is the value change at the expiry of the first option, with a maximum value at the 265 strike.

I try not to let my political biases bleed into my Commentaries; partly because it will frustrate half of my readers; but more truthfully, it’s a force of habit after 35 years of crossing swords with the lawyers in Corporate compliance.

As such, if I call this election a “choice between Crazy and Insane”, I think I can safely offend everyone equally, especially since I am not sure which side is which.

Notwithstanding, I cannot avert my gaze from the fundamental economic disaster that is occurring; a fact that will come into sharper focus if the CARES Act is not extended past July 31. The theory was that warm summer weather would take the COVID-19 infection rate down a few notches – Yikes, that didn’t happen. Will the autumn chill in the Northeast bring on a third wave, or will we keep paddling the first swell ?

The Term surface inversion is effectively allowing me to buy the election event cheap to current levels, which is silly; this is going to be a gloves-off battle. Moreover, I can lean into a solid technical inflection point which tips the odds in my favor.

I don’t usually offer short-term tactical trading ideas, but there is an exception to every rule, and this is it. Unless the market breaks down more than 20% or rallies more than 10% by October, I should have at least a small profit, with the hope owning a crash put into the election for less than two points.

“Now is the winter of our discontent, made glorious summer by this sun of York…Our stern alarums changed to merry meetings…Our dreadful marches to delightful measures” Shakespeare -Richard III, 1593

3 comments on “Harley Bassman’s Trades For The Election”