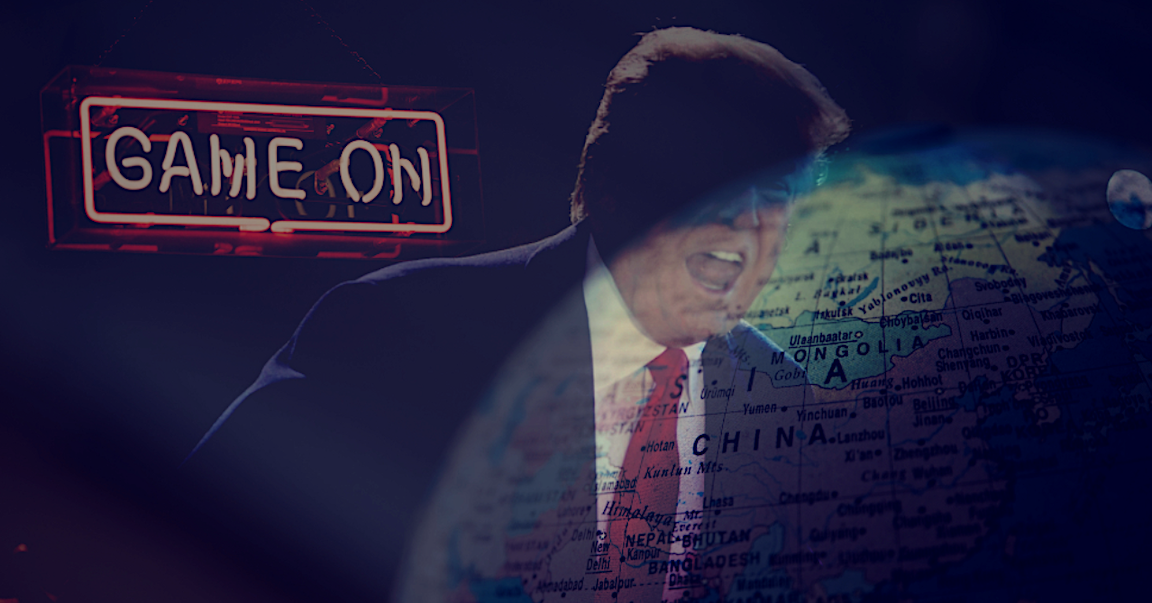 The geopolitical news flow on Tuesday was inauspicious, and decidedly so.

A day after the US rejected China’s maritime claims in the South China Sea as “completely unlawful”, Beijing said it would sanction Lockheed Martin in connection with a prospective deal for Taiwan to purchases parts that would extend the life of Patriot missile systems.

New escalations between the US and China are a daily occurrence. On Monday, in response to sanctions leveled against a handful of Chinese officials including Chen Quanguo, who sits on the Politburo, Beijing sanctioned Marco Rubio and Ted Cruz.

The measures against Lockheed appear mostly symbolic. One imagines existing restrictions on the company’s relationships with US adversaries means it doesn’t do much business in China anyway. But Sikorsky looks to have a JV on the mainland and Tuesday’s announcement shows Xi is prepared to make good on threats to sanction US companies selling arms to Taiwan.

Perhaps more importantly, this brings China one step closer to implementing the long-threatened “unreliable entities” list, Beijing’s answer to the Trump administration’s crackdown on Huawei and, later, a hodgepodge of surveillance companies linked to human rights abuses in Xinjiang.

Responding to the US’s decision to take a position on the South China Sea dispute, Beijing said it’s not seeking to build a maritime empire. The US, China charges, is a “troublemaker” and is undermining regional stability.

“In short, the Chinese nine-dash line is rejected. Does one need to join many dots or dashes to see where such conflicting claims can lead?”, Rabobank’s Michael Every asked on Tuesday. “Not towards any kind of return to the US-China economic status quo ante at least”, he added.

At the same time, the Trump administration is prepared to ditch a seven-year-old agreement between US and Chinese auditors after years of complaints from the Public Company Accounting Oversight Board. If the US exits the deal, which appears all but assured, the stage will be set for a crackdown on Chinese listings.

“The action is imminent”, Keith Krach, undersecretary for economic growth, energy and the environment, told Reuters. “This is a National Security issue because we cannot continue to afford  to put American  shareholders  at risk, to put American  companies at a disadvantage and  allow our preeminence of being the gold standard for financial markets to erode”.

The newly-sanctioned Marco Rubio said termination of the auditing MOU is “long overdue”. The arrangement “allows Chinese companies to openly defy US laws and regulations for financial transparency and accountability”, he remarked. Kyle Bass, a fierce China critic, said it’s “unconscionable that the US continues to allow Chinese companies [to] raise trillions of dollars from US investors”.

Speaking of Bass, who recently solicited investors for a 200-times-levered bet against the Hong Kong dollar, he’s likely feeling a bit disappointed on Tuesday. The Trump administration has abandoned the lunatic idea of undermining the HKD peg. Apparently, proponents failed to win support for the plan, which economists and investors wrote off as “fairly wacky“. Sorry about that, Kyle.

“At least that’s more business for Hong Kong”, Rabobank’s Every mused, of the imminent scrapping of the auditing arrangement and assumed read-through for new Chinese listings in the US. “Then why leave the peg alone and let the US lose out without effecting any real change?”, he wondered, somewhat sarcastically.

Meanwhile, the first of several key data points out of China this week surprised to the upside. Exports rose 0.5% in June, and imports jumped 2.7%, defying economists’ expectations for declines.

This suggests that both domestic and external demand may be firming, a positive development at a time when the world’s second-largest economy has so far leaned heavily on industry to support the recovery.

GDP and June activity data are due Thursday and will be scrutinized heavily.